CBS Sports HQ, the 24/7 streaming sports news network, will stream in-depth coverage leading into and throughout the 2018 Draft, including real-time reactions and commentary from a team of NBA insiders with grades for every pick. 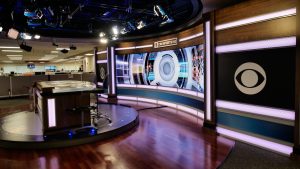 Beginning at 7 pm ET on Thursday, June 21, CBS Sports HQ will offer extensive analysis and news updates from the first round of the Draft. Anchor Nick Kostos will be joined by analysts Raja Bell and Rip Hamilton and CBS Sports basketball writers Gary Parrish and Reid Forgrave in the Sports HQ studio in Fort Lauderdale, FL. CBS Sports Digital reporters at the Barclays Center in Brooklyn will also deliver on-site updates and interviews with top players, and fantasy expert Heath Cummings will discuss the fantasy impact of the picks.

In addition to the live coverage on CBS Sports HQ, fans will be able to track picks on a real-time Draft tracker and access mock drafts and prospect rankings on CBSSports.com and the CBS Sports app.