Logistical challenges were met by collaboration and excitement from all involved

It’s been well-documented the significance of the Washington Capitals’ Stanley Cup championship and what it has meant to the D.C. area, bringing the Nation’s Capital its first title since 1992. It also delivered some history for the area’s regional sports network, NBC Sports Washington, which produced its first championship parade in the RSN’s history. 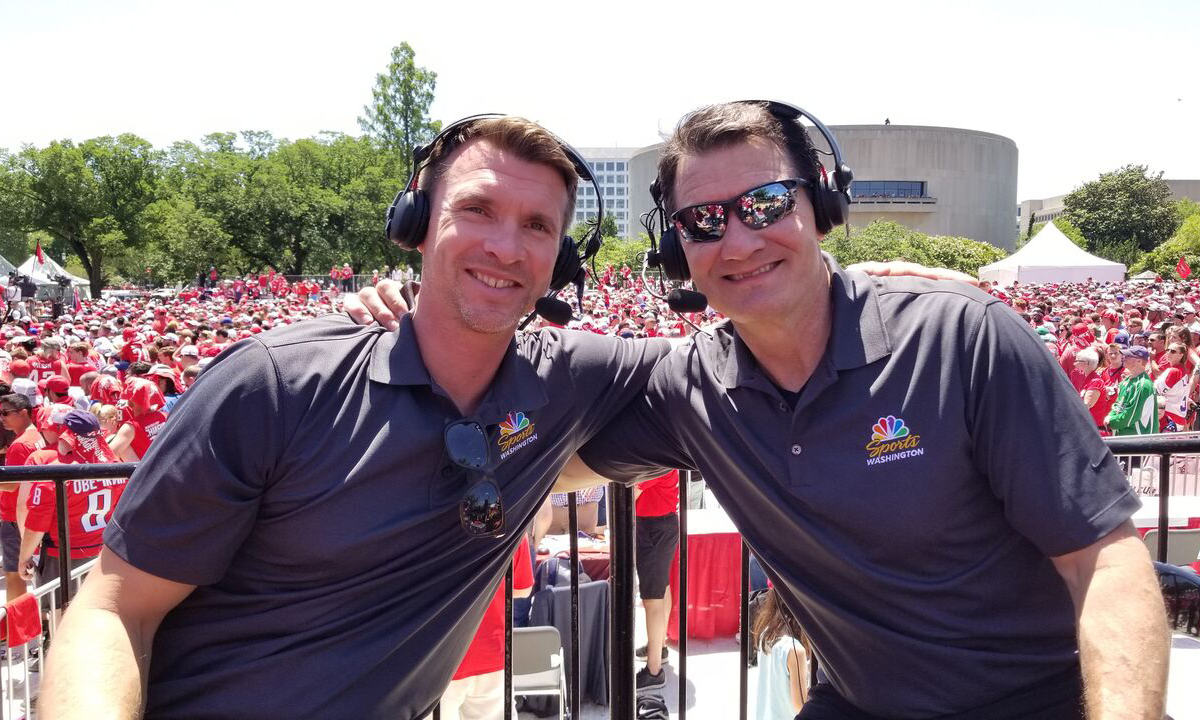 NBC Sports Washington on-air personalities Brent Johnson (left) and Alan May were among the team that broadcast the Washington Captials Stanley Cup Championship Parade on June 12.

“When this became a reality, I’ll be honest my first reaction was to get a little nervous,” laughs Bill Bell, Executive Producer for Live Events at NBC Sports Washington. “Even though I’ve had the pleasure of producing numerous live sporting events over the years, I had never done a parade before. I quickly had to educate myself on what this all involves.”

Fortunately for Bell, and everyone at the network, there were plenty of colleagues across the NBC Sports Regional Networks family that had experience with just this kind of thing. Bell solicited the council of his compatriots in the Bay Area, Chicago, Boston, and Philadelphia and was able to get some valuable advice on how to pull off this unique undertaking.

He quickly learned that, while there were some general tips that proved helpful, each city provides its own unique logistical challenges and that he was facing perhaps some of the most stringent circumstances producing a parade in the streets of the home of the nation’s government.

Much of the hard work, of course, took place in a tight window in the days and hours leading up to the event with organizing the legal use of RF and identifying the proper locations where cameras and satellite trucks could be places both along the route and at the rally area at the end of the parade. As expected, no drones were allowed, but there was a helicopter (supplied by the local NBC affiliate) capturing aerial shots. 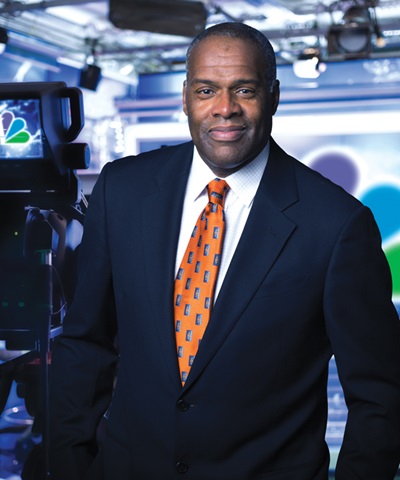 “Knowing where all of the cameras are and what they are supposed to look like is one thing. Finding the cohesive way to integrate them in the telling of a story is another,” says Bell. “I’d be lying if I said I knew every shot I was going to take moments before I took it. It was really a feel thing and anticipating the next area on the route and what that shot might look like.”

Bell noted that perhaps the most valuable piece of advice he received from his NBC Sports Regional Network brethren was to have a jib. When watching NBC Sports Philadelphia produce the Eagles parade back in February, it was clear to him just how much the jib brought to the broadcast.

“I saw the integration of that and I didn’t realize how valuable it really was until I actually had it,” says Bell. “Without it, the show looks flat, but with it, it really made it feel grandiose. I had to fight to get it approved on site and I thought that was a pleasant surprise and I really appreciate my colleagues for pushing me to have that.”

All in all, NBC Sports Washington delivered viewers more than five hours of coverage surrounding the events of the parade on June 12. Bell, who has worked some major events in his career including numerous Olympics and Cal Ripkin Jr.’s 2,131 game back in 1995 admitted that this event is perhaps one of the coolest events he’s ever worked on in his career.

“When it comes down to what it meant to our network and this city,” he says, “it’s easily the coolest thing I’ve ever had the chance to be a part of.”