RSN Summit: Network Presidents Kick Off Two-Day Event With Their Take on the State of the RSN Industry

As the regional-sports-network industry experiences a seismic change on multiple fronts, more than 220 RSN leaders, content creators, and technology manufacturers convened at the Palmer House Hilton in Chicago for SVG’s third-annual RSN Summit to discuss their most pressing challenges and exciting opportunities that lie ahead. 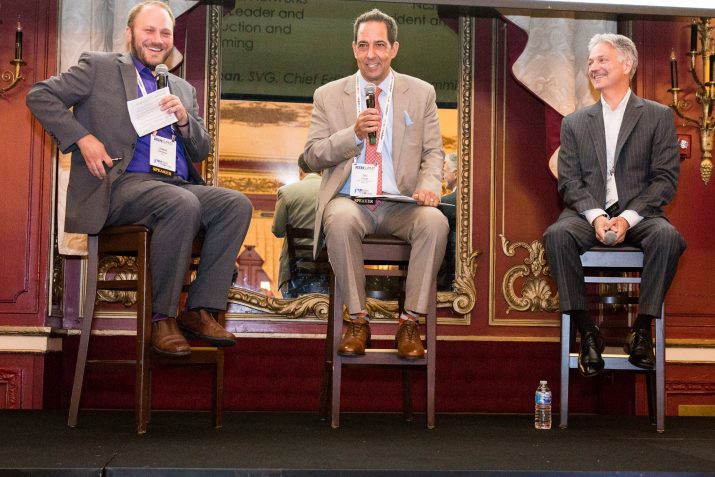 Setting the stage for the two-day event, NBC Sports Regional Networks’ Ted Griggs and NESN’s Sean McGrail shared their thoughts on the state of the RSN industry. And with the news that the Department of Justice would approve The Walt Disney Company’s bid for 21st Century Fox’s entertainment assets on the condition that Fox divest its RSNs breaking during the event, their observations of the industry and expectations for the future were especially timely. However, said Griggs, industry rumors shouldn’t detract from what’s most important: connecting fans with their favorite teams.

“At our level, if you pay attention to rumors in the industry, you’ll never get anything done,” said Griggs, who serves as president, group leader and strategic production and programming for NBC Sports Regional Networks. “The great thing about the people in this room, and the people that I work with, is that we have to get things done every day. All of that stuff that’s just mishegoss. We just put our nose down and try to get today’s game or show on the air, today’s program on your phone or the internet, and let other people worry about that stuff.”

Often, the RSN serves as the main point of contact between the teams and their fans, with a team’s success resulting in success for the RSN as well. NBC Sports Philadelphia, while not having the Philadelphia Eagles’ game rights, has been a close partner of the Super Bowl Champion for 20 years, carrying the pre/post game coverage throughout the season and shoulder programming throughout year that fans want. NESN, home of the Boston Red Sox and Bruins, has been riding the success the two perennial playoff contenders for several seasons.

AT&T Sports Networks President Patrick Crumb offered his thoughts on the state of the industry the following day, touting the success of his group’s RSNs and teams. In addition to having the rights to the World Series Champion Houston Astros, AT&T Sports Networks added the surprise Stanley Cup Final contender Vegas Golden Knights to its portfolio this year.

Crumb also commented on the AT&T Sports Networks’ rebrand from Root Sports, which occurred last July, and its continued commitment to the relationship with its teams.

“We’ve gotten good reactions from the teams, because we continue to feature the teams very heavily in the graphics, as opposed to our brand, which they appreciate,” said Crumb. “Our philosophy is, the team is the star, so honor the star. That’s why people want to be with us.”

The three presidents also weighed in on the evolving distribution landscape for the RSN industry. As RSNs are tasked with delivering more content than ever before, so too are they looking beyond traditional linear distribution models and embracing digital platforms. And with fans increasingly choosing to watch on their digital devices, the question of rights arises. NBC Sports, with the Portland Trailblazers, recently launched a direct-to-consumer offering featuring a package of selected Portland Trailblazers games live streamed on NBC Sports Gold app.

“For us, the most important thing out of the Trailblazers experience was knowledge,” said Griggs. “We learned a lot of things about the customer. You have to keep trying new things. In the old days of television, we were the gatekeepers and we decided what the viewer was going to see. If we were lucky, we were talking to them, but most of the time we were talking at them. Now, we have to talk with them and listen to them.” 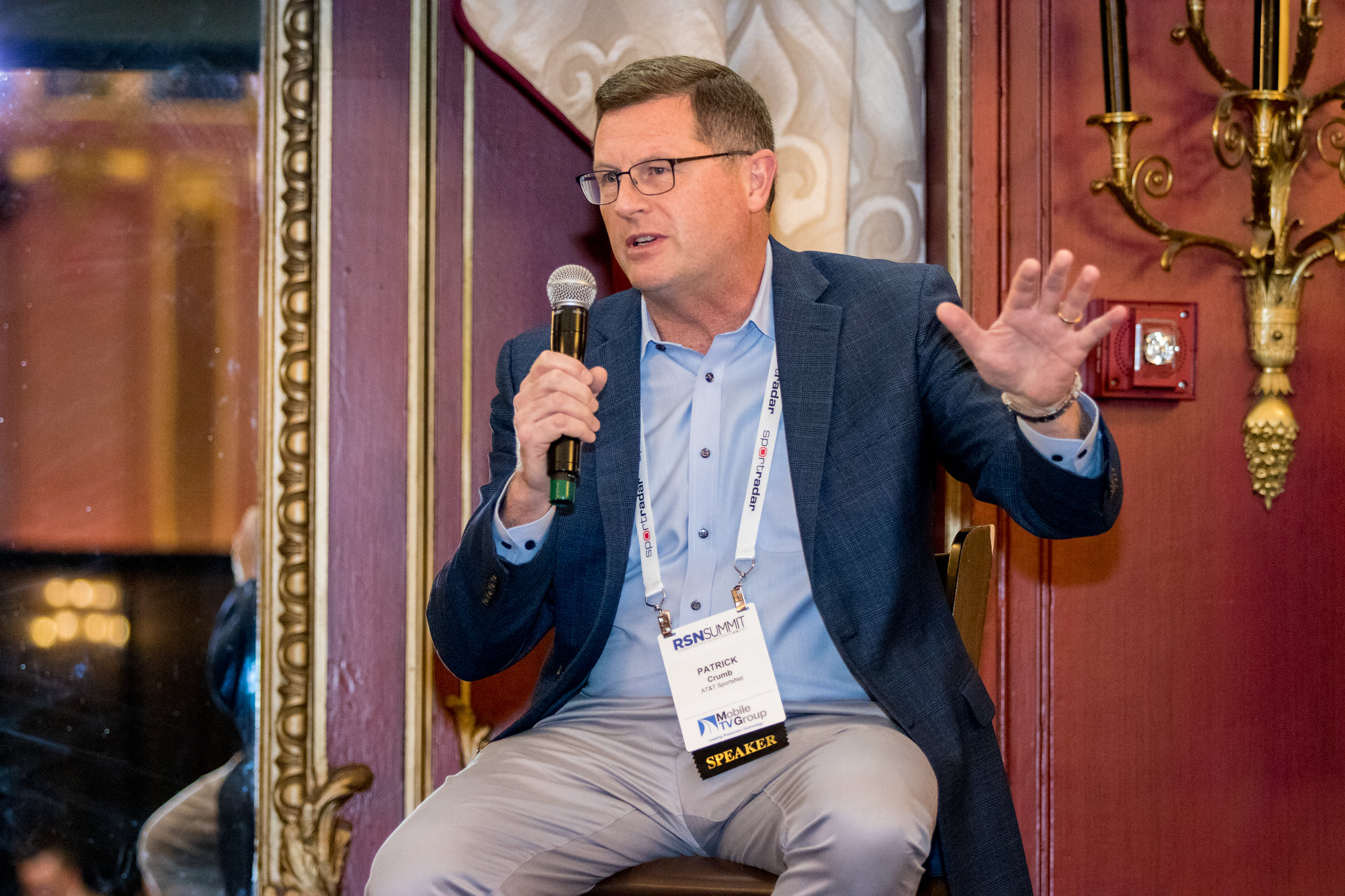 Crumb also noted the changing rights landscape, and discussed how RSNs will have to adjust to fans’ evolving viewing habits, thus losing the ability to predict what the future holds.

“Back in the good old days when this was a mature and predictable business, you could go out and do a 20-year deal with a team. Now, it’s a lot harder to see into the future in a straight rights deal where you’re just paying a rights fee. When teams have equity in the network, there’s a sharing of the future risk there, but we’ll see [what happens]. It’s not boring to be in our business right now.”

For now, fans of teams like the Boston Red Sox, Vegas Golden Knights, Philadelphia 76ers, and many more will continue to rely on their local RSN for their game coverage and team access. And while the metrics of how viewership is measured will change when out-of-home ratings become a reality, the three presidents reiterated the value of each RSN in its home market and its role in serving as a direct link between the teams and their fans.

“The RSN is really the lens that teams are viewed through in your local area,” said McGrail. “You’re not only broadcasting games, you’re crafting a message and you’re trying to project what that team wants to be and the culture that they possess. For us at NESN, this is our 35th year, and we’ve spent all those years being very focused on trying to promote the team’s messaging and put a positive spin on the team. That doesn’t mean in regards to performance on the field, it means we want you to [tune in] every night and we want to project the best image for our clubs that we can.”