Eight matches are being aired in 8K HDR with 22.2-channel surround sound

The 2018 FIFA World Cup is the latest international global sports event where NHK’s 8K production team has a presence. Since the 2012 London Olympics, NHK has used events like the Olympics and World Cup as an opportunity to refine and improve a next-generation broadcast experience that will begin hitting consumer’s homes in December. 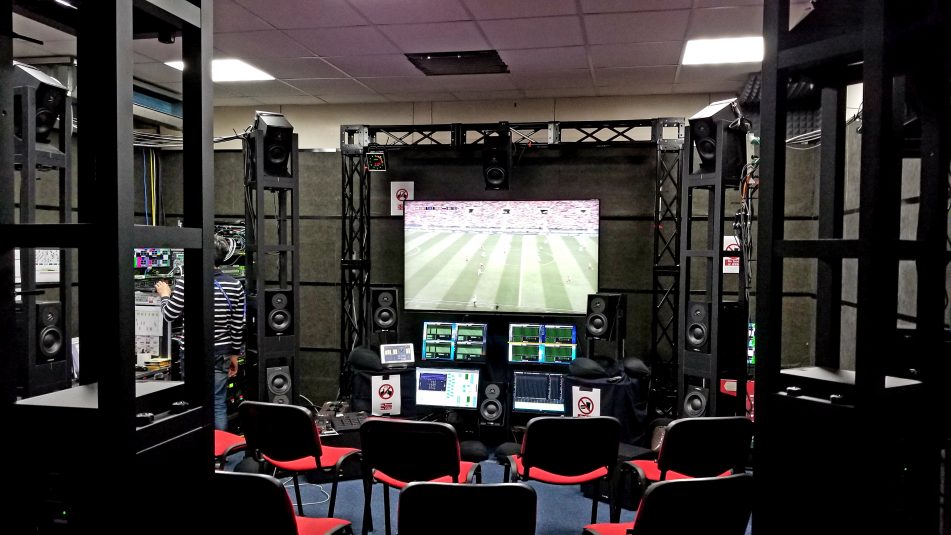 NHK’s 8K theater gives broadcasters at the IBC a chance to experience the next-generation TV format in 8K, HDR, and with 22.2-channel surround sound.

The big advances at the 2018 World Cup compared with the 2014 World Cup in Brazil is that each match is covered using seven 8K cameras vs. five and that HDR is now part of the experience. Over the course of the World Cup, NHK will produce eight matches in 8K HDR, including one of the semifinals and the final on July 15. Each of the remaining matches will be shown live and rerun in NHK’s 8K theater at the IBC in Moscow as well as in six viewing theaters in Japan and 53 broadcast stations across the country.

“8K was developed to re-create the feeling of being at the event and being more immersive,” he explains. “That is what we are aiming for, and HDR is something we need.”

“It is essential to create sound that matches the 8K pictures and is three-dimensional and immersive,” he adds.

Another addition to the production since the Olympics is an 8K camera, co-developed by NHK’s Science and Technology Research Lab and Hitachi, that can operate at 240 frames per second for super-slow-motion replay.

The next big step for NHK is the launch of a real service to the public. Currently, the only way to experience 8K as a consumer in Japan is to visit one of six public World Cup 8K viewing theaters or NHK broadcast stations.