Ratings roundup is a rundown of rating news from the past week and is derived from press releases and reports around the industry. In this week’s edition, the last two teams are standing in the 2018 FIFA World Cup after quarterfinal and semifinal action, MLB on Fox has a solid first half, and Wednesday night’s Red Sox game concluded as the highest rated of the season. 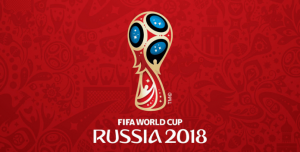 The streaming audience also set a Fox Sports record for best-authenticated event ever, and led Fox Sports to its best single day of the tournament, with 2,000,000 unique streamers consuming the match, up +8% over the previous high (1.9 million) set on Matchday 18 of this year’s tournament.

Fox Sports delivered its best day of the tournament on social platforms, with 23 million video views (+13% vs. previous high on Matchday 21), as Twitter achieved another record day, with 16 million views across @FoxSports and @FoxSoccer handles.

The Croatia-Russia thriller, which ended with Croatia defeating the host nation on penalty kicks, set the tone for the viewership milestone, averaging 6,317,000 viewers on Fox — making it the most-watched World Cup Quarterfinal match in English or Spanish since at least 1990, including U.S. matches.

Twitter had its best day ever across Fox Sports accounts, with 13.7 million views, up +34% from the previous day’s record (10.3 million). The @FoxSoccer handle generated 13.1 million views, driven in large part by highlights around the Russia-Croatia match.

Telemundo Experiences Debut Coverage of the FIFA World Cup Quarterfinals
Telemundo Deportes’ exclusive Spanish-language presentation of the 2018 FIFA World Cup sets daytime viewership records for the network for 14 of the 20 match days of the tournament.

Friday’s quarter-final matches, featuring France-Uruguay and Brazil-Belgium, posted its best-ever Friday daytime (9 a.m.-5 p.m. ET) audience in the history of the network with 1.8 million viewers — +38% up from prior record set (vs. 1.3 million viewers on June 22, 2018) after the Knockout Round coverage earlier this week delivered the best-ever Mo