The goal is to offer viewers more detail, more data

ESPN is thinking outside the 2D box for this year’s Home Run Derby, deploying a 4D Replay system that will provide 360-degree replays of homers and debuting 3D spray charts that will show paths and arcs of home runs on a virtual field.

“We’re trying some new things out this year that we’re really excited about,” says Phil Orlins, senior coordinating producer for MLB, ESPN. “We’ve used the 4D Replay system a few times now, and we were pleased with it and had a lot of success with it. So it should be a great addition. And then we’ve been starting to play a little more aggressively with interpreting data into a virtual environment with 3D K-Zone and, at the Derby, we’re advancing those [efforts] with the full [3D spray chart] to track home runs.” 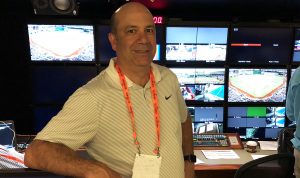 ESPN’s Phil Orlins: “We’re going to focus on high-end analysis and statistics. We want it to have a different flavor and appeal to a different type of viewer.”

Of course, ESPN’s presence at Washington’s Nationals Park goes well beyond just the Derby. The network will have a total of six productions onsite: the Derby, Baseball Tonight, SportsCenter, Pardon the Interruption, ESPN Deportes, and, most notably, a new MLB Statcast-fueled alternative viewing experience on ESPNEWS.

“The key phrase this year is strategic sharing,” says Paul Horrell, remote operations manager for MLB, ESPN. “The logistical challenges of sharing not only production space but also all the equipment, the set locations, managing the comms and transmission are just a daunting task. But, thankfully, we’ve got it all buttoned up very well. It’s true we’ve had a lot of practice at this point, but this is going be a very big show regardless.”

The 4D Replay system relies on 60 4K cameras mounted on the concourse level behind home plate and stretching from first to third base. 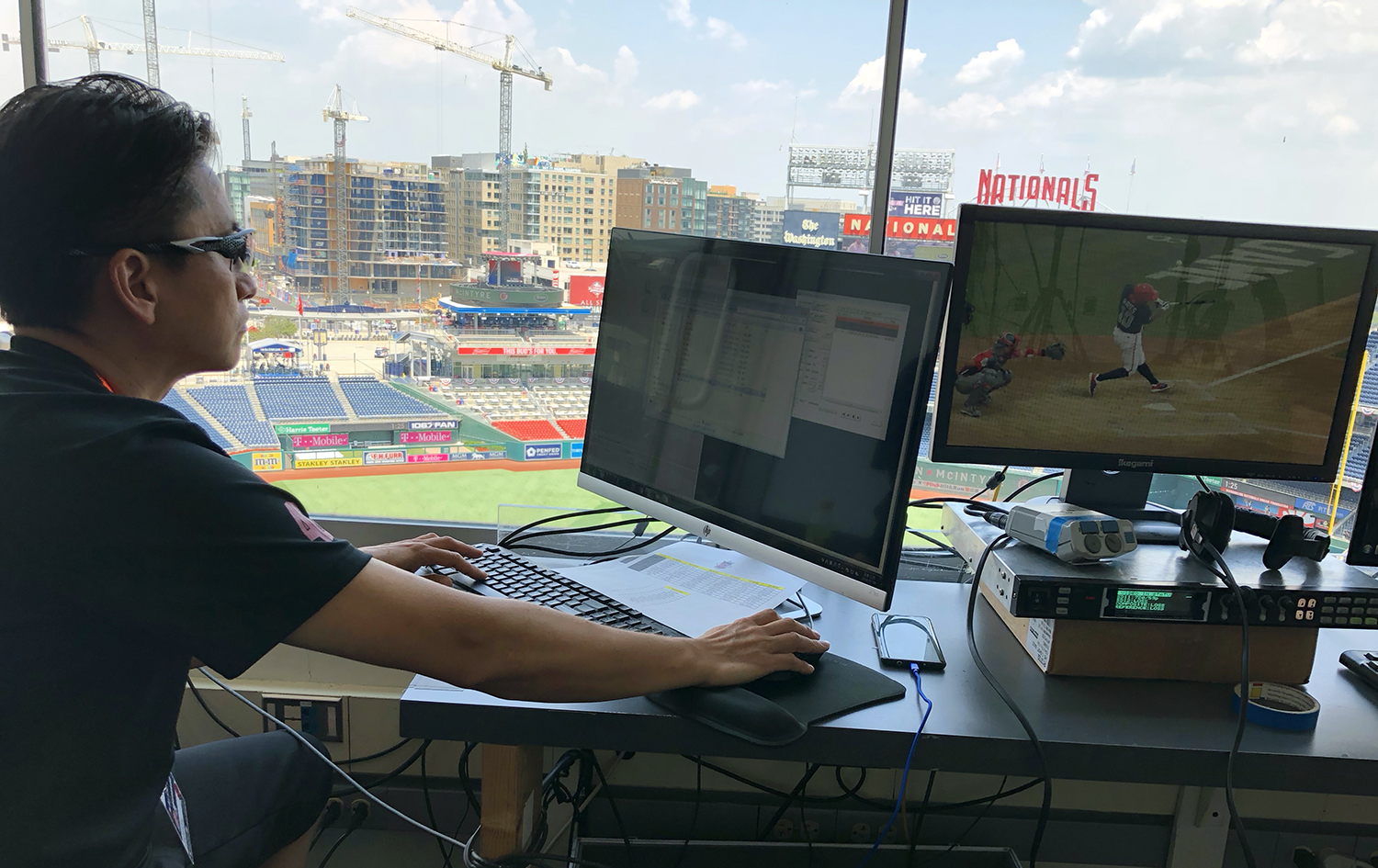 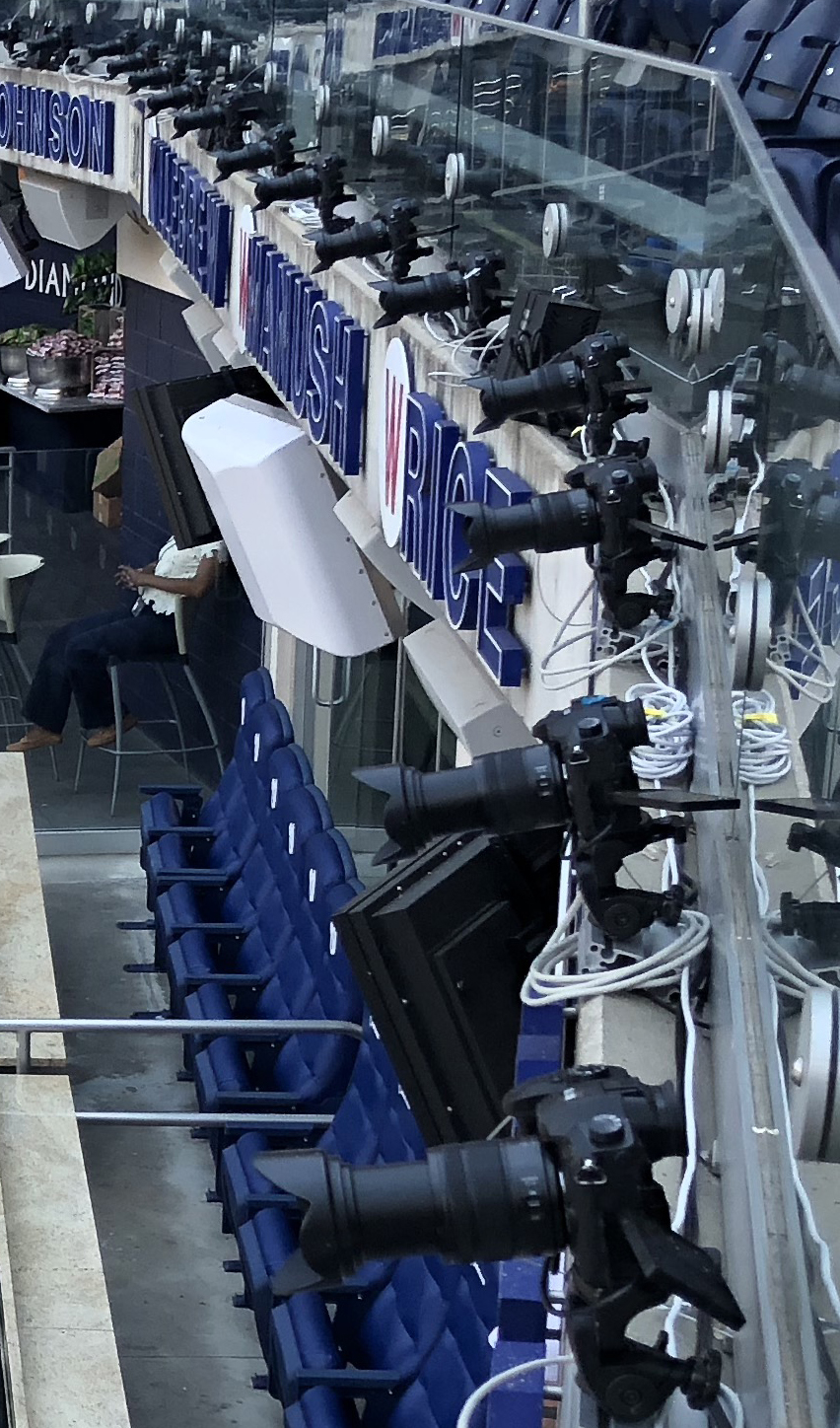 The 4D Replay system uses 60 4K cameras lined from 1B to 3B behind home plate.

ESPN deployed the 4D replay system first on June 4 at AT&T Ballpark in San Francisco (where the system is permanently installed this season) and then again for three games at Dodger Stadium (June 24-26). These system require significantly more cameras since they also create 4D Replays from the pitchers mound and all three bases in addition to home plate.

“By the second and third game, we were already using it a lot,” says Orlins. “The turnaround time was extremely fast at under 10 seconds, so we usually hit in our first or second replay, which was a huge step. And, obviously, the 4K aspect of it allows us to get a tremendous amount of detail and get in very close