Live From MLB All-Star: MLB Network Takes Social-Media Efforts to the Next Level

MLB Network’s linear-TV–production and live-streaming operations were bigger than ever at this year’s MLB All-Star, and its social-media efforts also took a monumental step forward: more MLB social-media–first content was created across its Twitter, Instagram, Facebook, and Snapchat platforms than ever before. 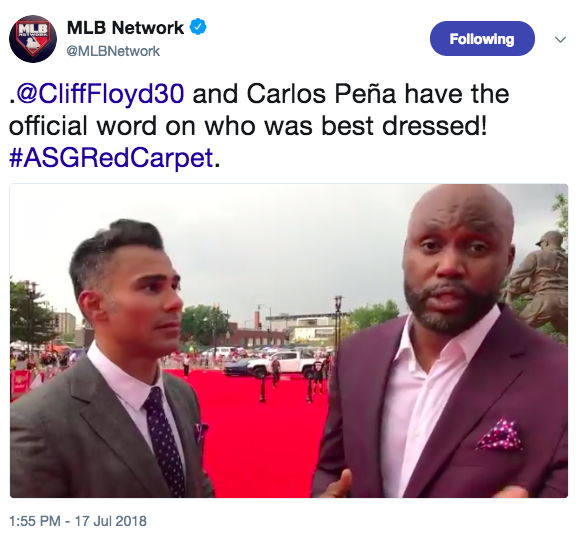 And the effort looks to have paid off in spades, as MLB Network’s original social content totaled more than 2.6 million views on Twitter and over 563,000 on Instagram – up 74% and 104% from the 2017 All-Star Game, respectively. Fan engagements and interactions also increased on both platforms, with 585,494 on Twitter and 160,322 on Instagram, +52% and +4%, respectively, year-over-year.

“We’re producing more social-media content than ever before via all of our social platforms, and we have every event covered in some fashion, especially the ones that MLB Network is exclusively producing,” Marketing Manager Tim Shanahan said during the run-up to the All-Star festivities.. “Each year at All-Star, there are more platforms to do more content on. As our staff has grown, so has the amount of content [created] for those different platforms.”

In addition, the respective production teams made a concerted effort to more seamlessly integrate social media into MLB Network’s live telecasts. Not only did the social and linear teams share a variety of content, fans were also able to send questions to this year’s All-Stars by posting videos to social media —  #ASG and tagging @MLBNetwork — that were shown to All-Stars and answered during MLB Network’s All-Star programming, including Intentional Talk, High Heat, MLB Tonight.

In addition, MLB Network on-air talent was regularly incorporated into the social-media efforts throughout the week.

“One of the big things for us this year is working with talent and adding to the great work they’re already doing for broadcast by doing [segments] specifically from a social perspective,” said Shanahan. “Whether that’s Cliff Floyd and Carlos Peña at the Red Carpet or Harold Reynolds and Sean Casey during Batting Practice and then lots of reactions for social from talent in the postgame.”

On the Floor at Media Day 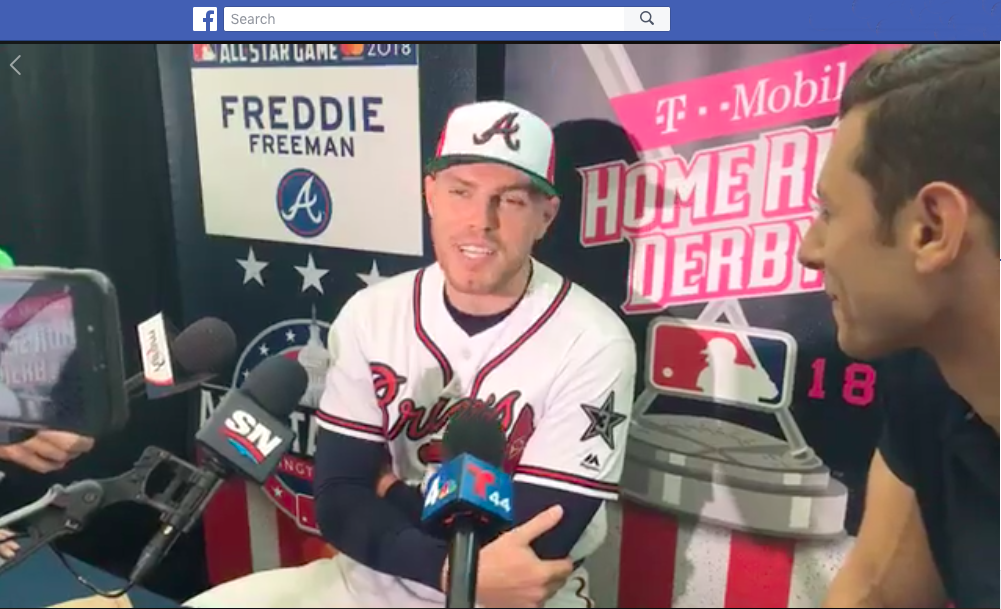 “It’s almost like we’re bringing fans right there into Media Day,” said Shanahan. “Scott will be going around to the different players, asking them some questions. As we get questions in on Facebook Live, we’ll jump in and get some of those questions answered for the fans watching on Facebook Live. We are basically simulcasting at the same time as our on-air coverage, so it will be more of a second-screen experience.”

Giving an Awards Show Feel to the Red Carpet
The social-media effort took center stage during the Red Carpet Show on Tuesday. MLB Network analysts Cliff Floyd and Carlos Peña were on hand as fashion reporters to provide behind-the-scenes social-first content, which was posted across MLBN’s social-media channels, especially Twitter, and incorporated into MLB Network’s linear coverage as well.

“There are lots of opportunities in other sports, like the NBA and the NFL, for fans to see what players are wearing when they arrive at the building. When Lebron walks into the building, everyone pays attention to his suits and shorts. But MLB players rarely get to show that off. This is one of the few opportunities where I feel like people are paying attention to what our MLB players are wearing. So we thought this was a great opportunity to kick that up a notch and get them to talk about what they’re wearing as if they were at an awards show.” 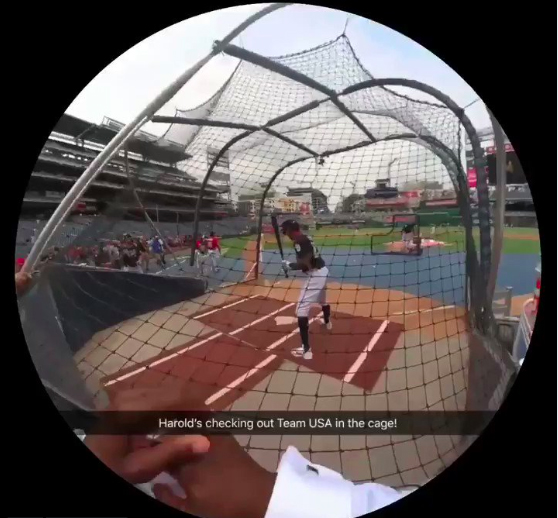 “We’ve used the Snap Specs over the past couple years, and I think [this is] a cool opportunity to use wearable technology,” said Shanahan. “The idea is to have these kids throw them on while they’re taking batting practice, so we can post it on our platforms and show fans what it’s like to be a stud prospect taking BP.”

“During the Derby and the game, I think of it as if we’re a fan watching the game, too, talking with other fans. We are just having an ongoing conversation with our fans while we’re all sitting there watching the game,” said Shanahan. “Throughout Monday and Tuesday night, we are very focused on interacting with our fans, retweeting any good reactions from fans or good player posts, since they can post during the game. That’s not only to engage our fans and get them talking but also, hopefully, to surface some content that we can include in our postgame shows Monday and Tuesday.”

Today’s Best of MLB Tonight post-event show (2 p.m. ET) featuring the best moments from All-Star week is also incorporating a treasure trove of social-media content from the past few days.