The Patriot League has announced the promotion of Jimmy Johnson to Assistant Commissioner for Multimedia. Johnson began his work with the League office in 2009 having previously been promoted twice to his most recent title — Director for Multimedia and Creative Services — that he has held since 2013. 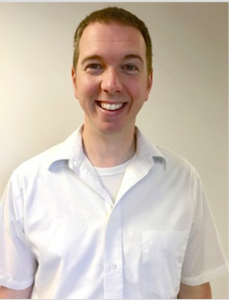 “Jimmy has been a steady contributor to our staff and I’ve enjoyed watching his leadership skills grow over the last several years,” says Patriot League Commissioner Jennifer Heppel. “He is a creative and strategic thinker focused on providing exceptional service to our member institutions and multimedia partners. Jimmy is a valued member of our team and well-deserving of this promotion.”

In addition to weekly studio content produced for the Patriot League Network (PLN), Johnson has overseen elements of the PLN’s live productions, creating live graphics and video packages for member institutions to implement. He works closely with multimedia contacts on each respective campus to ensure high production quality throughout the Patriot League.

This year, Johnson produced and edited the Patriot League’s first miniseries Among the Few which was nominated for Outstanding Program Series in the Collegiate Athletics Division by The Sports Video Group (SVG) and the National Association of Collegiate Directors of Athletics (NACDA) for the 2018 SVG College Sports Media Awards.