ESPN All About All-Access at WNBA All-Star Game

The network will deploy 13 cameras, mics on coaches and players, onsite studio show

For the WNBA All-Star Game in Minneapolis tomorrow, ESPN will once again roll out plenty of on-the-court and behind-the-scenes elements to give fans extensive access to players, coaches, locker rooms, and benches. Besides deploying 13 cameras — the most ever for an All-Star Game — ESPN will conduct in-game interviews on both benches, have both coaches miked throughout the game, deploy mics on selected players, and have pregame and halftime locker-room access. 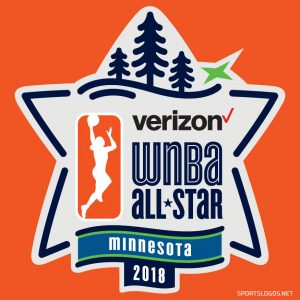 “We have a tight-knit group of skilled technicians who cover the league throughout the season,” says Jarrett Baker, associate manager, ESPN. “The All-Star Game showcases the WNBA’s best talent, and we’re proud to bring the action to fans who can’t attend in person.”

Inside the Locker Rooms, On the Court

For several years, ESPN’s WNBA coverage has been pushing the envelope when it comes to in-game access. ESPN mikes coaches on every WNBA game and frequently tracks their audio live to air. Tomorrow, two players will also be miked for the All-Star Game.

“[We] hope to interact with them on-air while they are sitting on the bench,” says Baker. “We’re fortunate and thankful that the WNBA allows us to try new approaches and hear directly from the players while the game clock is ticking.”

In addition to both coaches and two players wearing mics in Minneapolis, courtside reporters Holly Rowe (Team Parker) and LaChina Robinson (Team Delle Donne) will have in-game access to both benches, conducting live interviews with the players. ESPN will also have pregame and halftime locker-room access.

A Baker’s Dozen of Cameras, a Studio Show Onsite

“Two of the Marshalls are a new addition to our core facilities for each game this season,” says Baker. “We position them under each basket to showcase the action that takes place in the paint, and they are frequently a first-look replay for our production teams.”

A Perfect Scheduling Storm … in a Good Way
The ESPN ops team was blessed by the scheduling gods this week. The network covered a regular-season game in the Target Center on Tuesday night, and the cameras were allowed to remain in place for the All-Star Game production on Saturday.

“That allows us to focus on rehearsals for All-Star instead of equipment setup,” says Baker.

ESPN is using Game Creek Video’s Liberty mobile unit (A and B) for its All-Star coverage, which was used to produce Tuesday’s game in an at-home production model. The bulk of the cameras stayed in place inside the arena, but the truck was reset on Thursday to serv