On August 7, 2018, the television industry saw the passing of a true technology icon, Dr. Joseph A. Flaherty, at the age of 87. Television viewers around the globe are still benefiting from the technology innovations of Joe Flaherty. 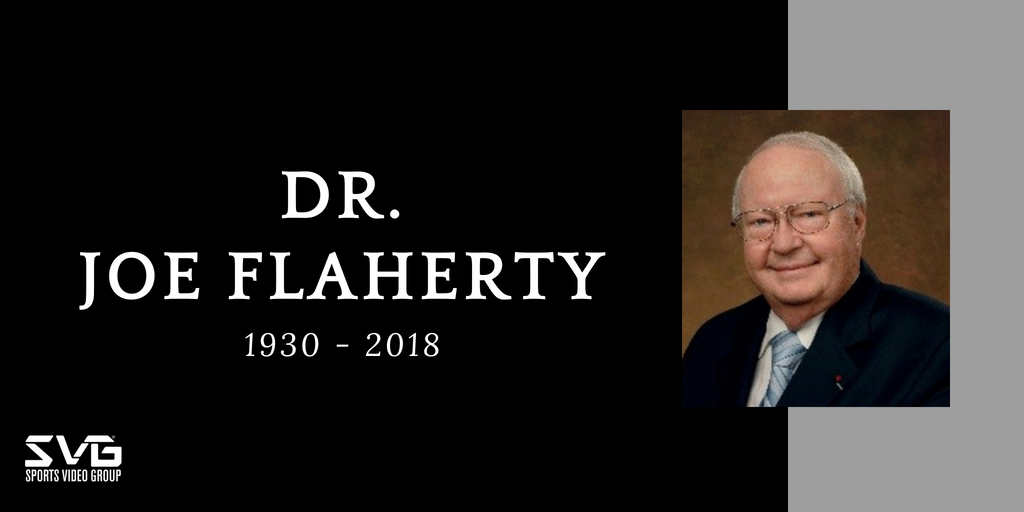 Dr. Flaherty received his degree in Physics from Rockhurst College, Kansas, City, Missouri, in 1952.  During 1953-1954, he served with the U.S. Army Signal Corps, and in 1955 joined NBC in New York City as a Television Engineer.

In 1957, he joined CBS as a Television Design Engineer.  In 1959, he became the Network’s Director of Technical Facilities Planning, and in 1967, he was promoted to General Manager, and subsequently appointed Vice President and General Manager of the Engineering and Development Department, a position he held for 23 years, and then CBS Senior Vice President of Technology.

In the 1970’s, Joe revolutionized the television news industry by changing the process by which news stories were captured. His foresight led to the replacement of 16 mm film to gather news, supplanting it with Electronic News Gathering (ENG), thereby eliminating the painstaking and time-consuming process of exposing the film negative, transporting the film to the station, developing the film and transferring the film to television. The development of ENG enabled TV viewers to experience the world’s events in real-time, rather than watching history unfold, thus eliminating the catch phrase, “film at 11 PM”. 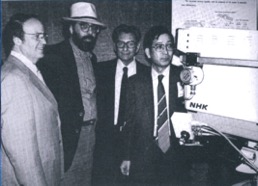 At first US showing of HDTV at the SMPTE technical conference in 1981, (from left) Joseph Flaherty, Francis Ford Coppola, Joseph Polansky, Takashi Fujio

This led to Joe’s appointment as the Chairman of the Planning Committee for the Federal Communication Commission (FCC) Advisory Committee on Advanced Television Service, which produced the United States present day Digital High Definition System. His efforts made the United States the first country in the world to convert to a digital HDTV system. Not satisfied with revolutionizing the television system in America, Joe became a Television Technology Ambassador to the world. Joe’s push for a worldwide HDTV program exchange standard at the United Nation’s technical arm, the International Telecommunication Union (ITU), led to the rapid deployment of HDTV on a worldwide basis.

Joe was an active author and lecturer, presenting over 188 published papers and lectures during his career. Joe’s technology leadership was not only acknowledged in America, but throughout the world by the presentation of numerous major Broadcasting awards and honors including:

Dr. Joseph Flaherty’s lifetime of television innovation is unmatched in the television industry. His efforts have brought real-time global events into our living rooms and through the clarity of HDTV made the viewer feel “as if they were there”. If anyone is to be credited with creating the “Television Global Village”, it’s Joe Flaherty. Thank you Joe, for being a Television Technology Ambassador to the world.

Burial will be private at Long Island National Cemetery in Farmingdale, NY

In lieu of flowers, memorial donations can be sent to:
Community Fund of Peconic Landing
1500 Brecknock Road
Greenport, NY 11944

Or give to your favorite soup kitchen or homeless shelter