John Snow of Cobalt Digital To Be Named SMPTE Fellow

Cobalt Digital announced that John Snow, senior FPGA architect for the company, will be elevated to the status of SMPTE Fellow by the Society of Motion Picture and Television Engineers (SMPTE), the organization whose standards work has supported more than a century of advances in entertainment technology. The honor recognizes individuals who have, through their proficiency and contributions to the motion-picture, television, or related industries, attained an outstanding rank among engineers or executives in media and entertainment. Snow and other new SMPTE Fellows will be formally elevated at the Fellows Luncheon on Oct. 23 and honored at the Annual Awards Gala on Oct. 25, during the SMPTE 2018 Annual Technical Conference & Exhibition (SMPTE 2018) in Los Angeles. 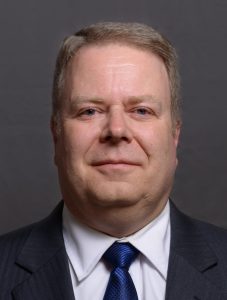 Snow began his career at Evans & Sutherland (E&S) Computer Corporation designing computer graphics systems for flight simulators. During his 19 years at E&S, he held positions including principal engineer and director of engineering. In 2001 he joined Xilinx as a video architect. While at Xilinx, Snow pioneered the implementation of serial digital interfaces (SDI) — the SMPTE standard used to connect video equipment in the broadcast studio — in programmable logic devices. By transitioning SDI from more expensive application-specific components into general-purpose components, this advance significantly reduced the cost of implementing SDI interfaces in broadcast equipment.

In addition to his work at Cobalt, which he joined in 2015, Snow also serves as a SMPTE standards director. In fact, his involvement with the SMPTE Standards Community goes back more than a decade, over which time he has led drafting groups, working groups, and technology committees that contributed to important standards — most notably the 12G-SDI standard, the SMPTE ST 2059 synchronization standard, and the SMPTE ST 2110 standards suite for Professional Media Over Managed IP Networks.

“It is a great honor to be recognized by my peers for my contributions to the industry,” says Snow. “Standards development typically is done without a lot of recognition for those involved in the process, and it is fantastic to be honored along with fellow SMPTE colleagues for the work we’ve done to advance the industry as a whole. I really appreciate that Cobalt supports my work in the SMPTE Standards Community.”