The National Football League named marketing veteran Tim Ellis its Chief Marketing Officer. The announcement was made was by Maryann Turcke, the NFL’s Chief Operating Officer. 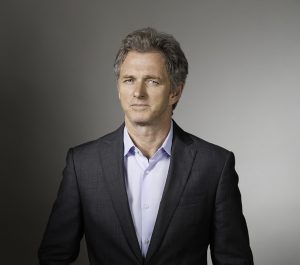 Ellis, who has more than 25 years in the industry and has generated award-winning marketing campaigns in the U.S. and Europe, will be based at the league headquarters in New York and report to Turcke.

Ellis joins the NFL after spending seven years serving as the Chief Marketing Officer of Activision Blizzard Inc., one of the world’s most successful interactive entertainment companies

In his new role, effective September 17, Ellis will be responsible for all aspects of the NFL’s marketing organization and will directly oversee research, content development, consumer engagement, advertising, promotions, marketing operations, and branding.

“We are excited to welcome Tim to the NFL family,” says Turcke. “Tim’s marketing innovation experience with reaching new audiences via emerging platforms, and driving engagement using creative storytelling will further strengthen the NFL brand. As a lifelong football fan, we know Tim is ecstatic about the opportunity to work with our internal teams and partners in building world-class marketing programs that will excite and reward our core audiences, as well as attract and engage future fans.”

“I couldn’t be more excited to lead the marketing program for the NFL,” says Ellis. “For me, football has always been the greatest game on earth, and I’m thrilled and honored to have the opportunity to work with them.”

While at Activision, Ellis led the company’s innovative global marketing strategies and programs for its video game titles and drove its launch campaigns for its most successful gaming franchises.

Prior to Activision, Ellis spent most of the previous decade in global marketing executive roles at Volkswagen America and Volvo.

Ellis has been recognized for his innovative marketing and advertising campaigns. He has received the Adweek Brand Genius Award, the Grand Effie Award for the most effective campaign in the U.S., and the Cannes Lions Titanium award. While at Volkswagen, Ellis was responsible for the highly acclaimed Super Bowl ad “The Force,” which was chosen as the 2011 “Ad of the Year” by Adweek.