The Sports Broadcasting Hall of Fame is proud to announce the class of 2018, comprised of 11 legendary professionals from across the industry who helped transform and revolutionize the business.

“This year’s class continues our strong tradition of honoring those in our industry who have made a difference both in front of and behind the camera and even in the executive board rooms,” says Ken Aagaard, Sports Broadcasting Hall of Fame, chairman.

This year’s class will be inducted on Dec. 11, 2018 at the New York Hilton Hotel in midtown Manhattan. All ticket sales will be donated to the Sports Broadcasting Fund, a fund that helps those in the sports broadcasting industry who find themselves in a difficult financial situation due to illness, injury, or disaster. 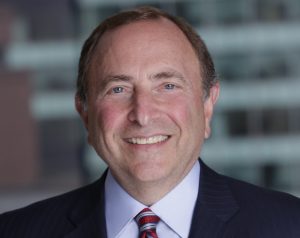 Gary Bettman: Gary Bettman’s leadership during his 25 years of service as the National Hockey League’s first commissioner has driven explosive growth of the League, including its expansion to 31 teams and a 10-fold increase in League revenues. His vision and direction have spearheaded changes on and off the ice that have produced unprecedented franchise stability and competitive balance and built the NHL into a global brand. Under Bettman, the NHL has attracted unprecedented network television coverage with multi-billion-dollar national broadcast rights agreements in the United States (NBC Sports) and Canada (Rogers Communications). Bettman championed the creation of the NHL Network and the expansion of its online companion, NHL.com, into eight native language websites to reach hockey fans worldwide. In recognition for his contributions to the game of hockey, he was recently elected to be inducted into the Hockey Hall of Fame as a member of the Class of 2018. 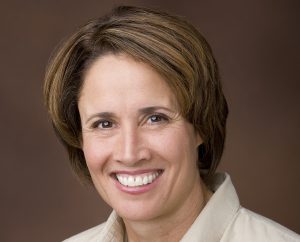 Mary Carillo: Mary Carillo’s voice, face, and name have become synonymous with tennis coverage as well as with the Olympics and “Real Sports With Bryant Gumbel.” She began her television career working for USA Network from 1980 through 1987, PBS from 1981 through 1986, and MSG from 1981 through 1988. She worked with ESPN for nine years starting in 1988, returning in 2003. She began working on the US Open tennis tournament for CBS Sports in 1986 and worked on Wimbledon coverage for HBO and Turner and the French Open for NBC in the late ’90s. Carillo has been a correspondent on HBO’s Real Sports With Bryant Gumbel since 1997, winning a Sports Emmy Award for her feature on the Hoyt family. 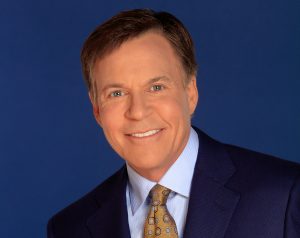 Bob Costas: Bob Costas, a 28-time Emmy Award-winning journalist, is one of the most respected and honored broadcasters of his generation, and has handled a wide array of assignments, including play-by-play, studio hosting and reporting. He served as NBC’s primetime host for a U.S.-television record 11 Olympics – every Olympics on NBC since 1992, including the 2012 London Games, which is the most-watched television event in U.S. history, reaching 217 million viewers – before passing the torch to Mike Tirico on Feb. 9, 2017. In December 2017, Costas was selected as the 2018 recipient of the Ford C. Frick Award, presented annually for excellence in broadcasting by the National Baseball Hall of Fame and Museum. 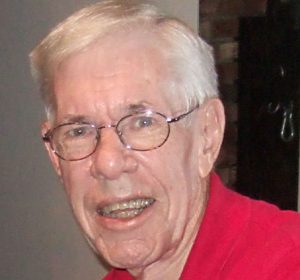 Bill Fitts: Bill Fitts’s career in sports production spanned nearly 50 years and involved working for everyone from CBS to NBC and ESPN. Beginning his CBS Sports career in 1962, he worked on eight Super Bowls, including the first one, for which he was in charge of the production aired on both CBS and NBC. In 1980, he made the unconventional move to ESPN where he played an integral role in providing the voice of experience and an eye on new initiatives and approaches. He retired in 1997. 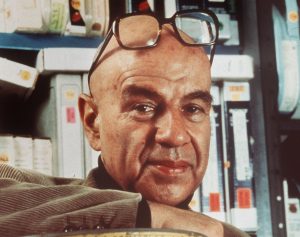 Bud Greenspan: For more than six decades, the late Bud Greenspan helped define the nature of what makes for a great sports documentary. His work on the Olympics (the first one he worked on was the 1948 London Games) celebrated the athletes and the competition and his ability to tell a story was second to none. Greenspan received lifetime achievement awards from the Directors Guild of America and the National Academy of Television Arts and Sciences, as well as a Peabody and the Olympic Order award. His best-known work was “The Olympiad,” the culmination of 10 years of research, more than 3 million feet of rare, archival film, hundreds of interviews and visits to more than 30 nations. The 10-part series he produced was aired in more than 80 countries. 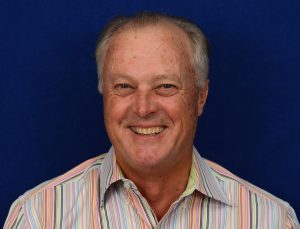 Peter Larsson: Having graduated from the University of New South Wales with a degree in electrical engineering in 1979, Peter Larsson found himself playing a role in advancing the use of the wireless camera systems that today are a major part of sports production. In 1981, the technology made the move to the U.S. for use in the Daytona 500, and, in 1983, Larsson followed, co-founding Broadcast Sports with fellow Hall of Famer John Porter. That year, the new company and NASCAR began a relationship on the use of in-car cameras that continues to this day. 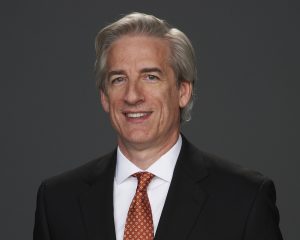 David Mazza: A 38-year veteran of the broadcast industry, David Mazza was named Senior Vice President and Chief Technical Officer, NBC Sports Group and NBC Olympics, in 2012. Mazza joined NBC in 1994 as Director of Engineering and led the technical design, building and operation of NBC’s International Broadcast Center for the 1996 Atlanta Olympics. Since beginning his career in 1978, Mazza has worked in the broadcast production community in many disciplines including engineering design, project management, technical director, and director. Mazza earned many awards including 24 Emmys for the Olympics from 1984 through 2016, several Monitor, ACE, and BDA awards. Mazza is a recipient of the 2013 Television & Film Lifetime Achievement Award, and the 2006 GE Edison Award for technical innovation. 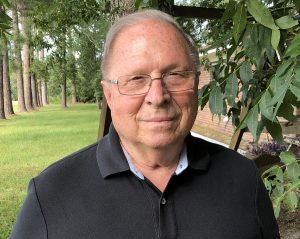 Gene Mikell: During a career that spans more than 60 years, Gene Mikell has redefined the role of video shader and still serves as the senior video shader for Fox’s “A” NFL games as well as NASCAR races. His career began in 1958 when he worked at WFGA Tallahassee but he has since worked for all four networks and since then he has seen the development of everything from the move to color, from SD to HD and now from HD to UHD and HDR. A mentor to many in the industry, he also played a role in developing the blimp camera and in-car racing cameras, and even worked on several space launches in the 1960s and 1970s. 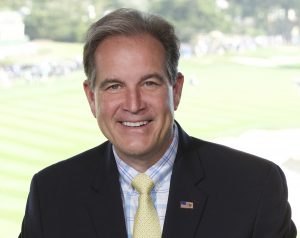 Jim Nantz: A three-time Emmy Award-winner and five-time National Sportscaster of the Year, Jim Nantz has covered virtually every sport for CBS Sports since joining the network in 1985 and is the only announcer to call the Super Bowl, Final Four, and The Masters in a single year (something he will do for a fifth time next year). In 2011, he became youngest recipient of the Pro Football Hall of Fame Pete Rozelle Radio-Television Award, and in 2002, he was the youngest recipient of the Naismith Memorial Basketball Hall of Fame’s Curt Gowdy Media Award, a testament to his impact on NFL and NCAA basketball broadcasting. He also served as the primetime host for CBS Sports’ coverage of the 1998 Olympic Winter Games, and weekend daytime host of the Network’s 1992 and 1994 Olympic Winter Games. 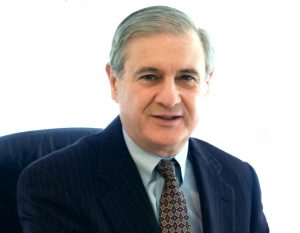 Neal Pilson: Neal Pilson served two terms as president of CBS Sports (1981–1983 and 1986–1995) and is known for negotiating huge television broadcast contracts for all of CBS’s major sports franchises including the NFL, NCAA, MLB, NBA, PGA Tour, USTA, Winter Olympics and The Masters. Prior to joining CBS in 1976, he was in private law practice in New York and was an executive at Metromedia, Inc. and the William Morris Agency, Inc. In 1995 he formed and heads Pilson Communications Inc. and has consulted with NASCAR, the IOC, Kentucky Derby, Rose Bowl, the World Series of Poker, Arena Football and numerous other clients in their negotiations with the television networks and has been engaged as an expert witness by the NFL, NCAA, NBA, Horizon Sports and others.  Pilson received the Founder’s Award from the March of Dimes Sports Luncheon and has been teaching at the Columbia Post Graduate Sports Management Program since 2008. Pilson is a graduate of Hamilton College and Yale Law School 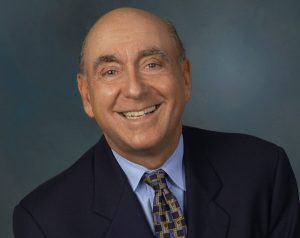 Dick Vitale: Dick Vitale joined ESPN during its first season of college hoops and, since then, his enthusiasm for the game and legendary calls have made him a household name. He has called close to a thousand games, including NBA contests for ESPN during the 1983 and ’84 seasons, and during the college basketball season he also provides commentary on SportsCenter.

The Sports Broadcasting Hall of Fame ceremony will begin with a cocktail reception at 5:30 p.m. followed by the ceremony at 7:00. Tables and individual tickets can be purchased by contacting Carrie Bowden via e-mail at carrie@sportsvideo.org.