CBS Sports will stream Super Bowl LIII across more platforms, delivering access to the game coverage. CBS Sports’ streaming coverage of the game will be available non-authenticated online at CBSSports.com and on the CBS Sports app for connected TV devices, tablets, and now mobile phones as part of an expanded agreement with the NFL announced earlier this year. CBS Sports’ broadcast coverage of Super Bowl LIII will also be available to stream live via the CBS All Access subscription service. 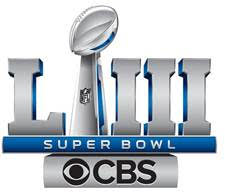 The entire 2018 NFL on CBS schedule will be streamed live on all CBS All Access platforms, including on mobile phones and tablets via the CBS App for iOS, Android, and Windows 10, online at CBS.com, and on connected devices including Roku Players, Apple TV, Chromecast, Android TV, Xbox One, PlayStation 4, Fire TV, Samsung Smart TVs, and Amazon Channels. CBS All Access subscribers will receive the NFL on CBS games that are broadcast in their local market.

In addition to extending CBS All Access streaming rights to mobile devices for the first time, NFL on CBS authenticated streaming rights will extend to mobile for its cable, satellite, telco, and vMVPD partners beginning this season.

Fans can also stream NFL on CBS games, including Super Bowl LIII, via NFL.com and the NFL app across devices. Additionally, new for this season, Verizon will stream the games on phones and tablets on a cross-carrier basis on Yahoo Sports, Yahoo, AOL, Tumblr, and Complex.