The NFL, Vivo, and Perform Group have reached an agreement for the distribution of the NFL’s direct-to-consumer digital service, NFL Game Pass, to Vivo customers in Brazil. Vivo will be able to offer its subscribers two distinct packages, NFL Game Pass Season Plus, and NFL Game Pass Game of the Week. With the Season Plus package, Vivo mobile customers will now be able to stream live and on-demand NFL games, and access VOD content, at a special rate. Customers can pay directly via their mobile plan or prepaid credits. 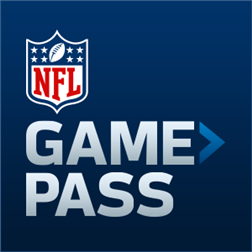 The Season Plus package, offered through the NFL Game Pass application, enables subscribers to stream all 2018 NFL preseason, regular season, and playoff games, including Super Bowl LIII (limited to Season Plus package only and will not be translated to Portuguese), as well as the NFL Draft. The service also features condensed games (which can be downloaded for later viewing), historical games dating back to 2009, NFL Network documentaries, the linear 24/7 channel — NFL Network, and access to NFL RedZone, an NFL channel dedicated to showing every touchdown from every Sunday NFL game. Subscribers to the Season Plus package will also have access to “Coaches Film,” a feature that allows users to review any play, from any game, at different angles.

“Once again, Vivo reinforces its position as an innovative company that anticipates trends and offers services with exclusive benefits for its clients. This is a partnership of two brands that seek to offer quality and engaging experiences to their customers,” says Ricardo Sanfelice, Vice President of Digital Strategy and Innovation at Vivo.

“We are excited to partner with Vivo as they have demonstrated a world class ability to service their customers with content,” says Max Boigon, NFL Game Pass International Lead. “Vivo is a great new channel for NFL Game Pass, and this relationship will deliver tremendous value to both parties, and most importantly, our fans.”

In addition to the Season Plus package, customers of Vivo Familia package and certain eligible individual postpaid plans will be able to access the NFL Game Pass Game of the Week package, which includes a weekly game on Sunday, voiced in Portuguese.

“We’re thrilled to continue to find groundbreaking ways to bring a premium product, like NFL Game Pass, to the Brazilian market. This is truly a game changer not only for Vivo NFL fans but for all Vivo customers. With the outstanding subscription base that Vivo has, we can now extend our reach in Brazil even further and look to draw in the more casual NFL fan, in addition to those who have been following the NFL season after season,” says Bruno Rocha, Chief Commercial Officer – Content Media and Broadcast at Perform Group.

The NFL Game Pass app is available via Android and iOS and is compatible with desktop, smartphones, and tablets. Subscribers can access NFL Game Pass and stream content using their mobile network and Wi-Fi.