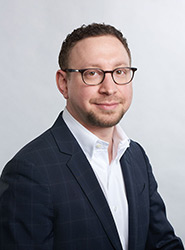 Schneider, who has most recently served as Global Head of Corporate Development for GroupM, will office in the company’s Plano, Texas headquarters.

“I’m very pleased to be joining Learfield,” says Schneider. “I appreciate the manner in which Learfield has grown over the years, while developing deep relationships throughout the college sports and media industries. I look forward to helping lead continued growth of the company,” he adds.

Schneider has a career populated with leadership responsibilities beginning with his service in the 82nd Airborne Division of the U.S. Army, rising to the rank of Captain. A graduate of the U.S. Military Academy at West Point, Schneider earned an MBA from Columbia University prior to entering the media and advertising industry. He has held a number of strategy and corporate development roles at 24/7 Media, Xaxis and GroupM.

“Rob is a terrific addition to our team,” says Greg Brown, President and CEO of Learfield. “I am thrilled Rob has determined to join us, given his range of leadership experiences in strategy, acquisitions and development, combined with an impressive track record of business accomplishments. Further, his approach to his work is in perfect alignment with the culture and values of Learfield.”

Schneider, who in his new role will report to Brown, will be responsible for leading the development of the company’s strategy, guiding its activities in mergers and acquisitions and providing executive leadership to Learfield’s service businesses in tickets and marketing, venue technology and licensing.

“Given Learfield’s reputation and overall strength in sports and media, there are so many growth opportunities that will provide value to current and future clients of the company,” Schneider adds. “It’s exciting to think about all the areas we will be able to explore.”