As OTT Grows, FloSports Is Ready To Battle Sports Media on Its Own Turf

So far, 2018 has lived up to the hype when it comes to the accelerated growth of sports on OTT platforms. ESPN has lunched ESPN+; the Champions League has moved (largely) behind the paywall of B/R Live; and subscriber numbers for streaming-exclusive services have climbed while cable subs have fallen.

For some, such as the team at FloSports, these developments are a validation of everything their companies have been built on: bringing sports viewing directly to fans where they want it, when they want it. 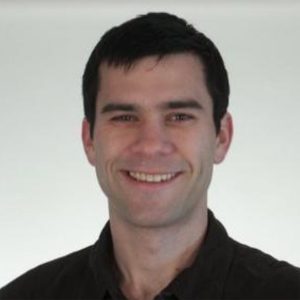 FloSports’ Mark Floreani: “We know where to find [our viewers] and know how to get them excited and to care about the events and our product. It is not just putting that linear feed online.”

“We have always believed that OTT is the future and that you are going to be able to watch any sport no matter how obscure or how long the event,” says FloSports co-founder/COO Mark Floreani. “We’ve always believed that. It’s in our DNA. It has taken a while, but I’d say the industry, over the last nine months, has dramatically changed and gone to OTT.”

This month, FloSports has celebrated a milestone, netting its 150th unique-rights agreement of the calendar year. The deal covers thousands of live events, many more new subscribers, and exciting opportunities with new partners. FloSports added USA Rugby, the Professional Bowlers Association, and the NBA Junior League and even expanded on its relationship with USA Wrestling, hosting tournaments that ultimately crowned the national champion and selected the U.S. team for international competitions.

“When you are grinding on a daily basis, you never think you are getting to where you want to get fast enough,” says Floreani, “but, when you look back at the year and see 150 new rights deals and some of the partners that we’ve signed, it is a little humbling to see where we’ve come in 2018.”

FloSports has become successful by going all-in on niche sports in a digital economy that seems to reward that. Embracing sports like wrestling, track, and gymnastics isn’t going to beef up your bottom line immediately, but providing productions and experiences their audiences have never had has brought them a loyal and loving base of subscribers.

“It really keeps us honest,” laughs Floreani. Agreeing that his service has very few  — if any — “casual” viewers. “It keeps us on our feet. It’s an important point. They look to us for commentary on the sport, innovation, and growing the sport. When we do that, we win, and it’s hard for competitors to beat us, because we really do care about growing these sports and making [them] bigger. I was a track athlete, and my brother wrestled, and it was hard to be a fan of our sports. We make it easier to be a fan.”

As he puts it, the company is at its best when it truly becomes part of the fabric of a given sport’s community. That loyalty, Floreani believes, gives his company an advantage over the oncoming competition.

“All of our linear competitors are now on OTT,” he notes. “That might be seen as scary for us, but what it has done is allow the rightsholders to say yes to us. In the past, they felt like they needed a linear partner, but now they are comparing us against another OTT partners. They understand that the future is OTT, and they need to get on board, or they are going to lose their audience.”

There are still numerous goals on Floreani’s checklist: notably, hiring a new CEO, which the company hopes to accomplish by the end of the calendar year. Simply put, though, he cares most about pushing awareness of the product: below the surface, he believes, no matter how big the player may be , whether it’s ESPN or Turner or NBC, the OTT fight will be waged on a battlefield that he feels his company knows best.

“it will be hard for the ESPNs and Bleacher Reports of the world to go from that linear model, when you are paid for subscribers that don’t even watch, to an OTT model, when it’s only the people that care about it,” he says. “That’s why we’re excited. From the beginning, we have had that direct-to-consumer approach, and we have years of data. We know where to find [our viewers] and know how to get them excited and to care about the events and our product. It is not just putting that linear feed online. You need to be authentic with the community and help build that community. There are some hurdles that these other players are going to have to get through, and the margins for them are going to be totally different.”