At a time when technology platforms and applications are changing rapidly and the broadcast industry approaches the immersive era, new and regularly updated training regimens are essential. Broadcast arts tend to be limited at the for-profit media academies, and state-school audio-production programs are rarely equipped at cutting-edge levels. Therefore, it has fallen to pro-audio manufacturers to create an adaptable training infrastructure, one that gets industry professionals up to speed quickly on new platforms while also serving as an extension of the companies’ marketing efforts in an increasingly competitive environment. 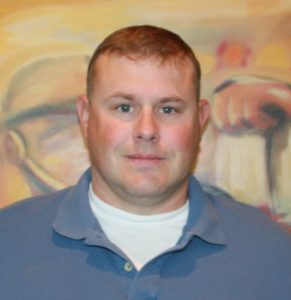 Clear-Com’s Frank Linton on the benefit of providing training programs: “The more comfortable people are with your product, the more they’ll want to use it.”

The process has always been part of the industry but is happening more intensively and faster than ever, say broadcast-audio–system developers. “I’ve only been in the business seven or eight years, and it’s amazing how far and fast it’s come in just that time,” observes Frank Linton, who, as Clear-Com’s first-ever training-program manager, is tasked with standardizing the company’s training regimen globally and is himself a reflection of that rapid evolution.

Clear-Com last month opened the third of its physical training locations, its so-called THINK Academy in its Carlsbad, CA, office; two others are in the company’s Alameda, CA, and Cambridge, UK, offices. Scheduled seminars on particular products and systems — such as the Eclipse HX Matrix, FreeSpeak II wireless intercom, LQ IP transport, and HelixNet digital partyline systems — will continue to take place at these locations, but Linton says efforts are also under way to have a webinar-based program in place by the end of the year, with videos edited and placed online as tutorials in the future.

Linton attributes the acceleration of manufacturer-based training in the broadcast industry to the rapid onset of major new technologies and protocols, particularly IP transport.

“Five years ago,” he says, “everything was moving on MADI. Then Dante and AS67 came along, and that changed everything,” compelling manufacturers to create and provide training programs around new IP-based platforms and products. However, the situation revealed a lack of basic knowledge about many types of audio systems in general.

“People who were using intercom system knew they needed this wire to go to this place, but they may not have had a deeper understanding of the underlying technology,” Linton explains. “So training programs have had to include that sort of basic information along with information about the newest technologies and products. Training is becoming more complicated, but the good news is that it’s raising the broader knowledge level in the industry.”

Manufacturers throughout the sector have established and stepped up training efforts. For instance, Shure offers tutorials for wireless microphones through its Shure Audio Institute online, with a specific section for broadcast applications.

Lawo provides many instructional and product- and application-overview videos on its YouTube training site. Also, its regional product specialists in audio, video, and networking/control systems are available to professional and technical schools. Attendance at the company’s periodically scheduled regional training sessions as well as custom training sessions are arranged through the Lawo Academy, and Lawo’s YouTube channel provides instructional videos on practical applications. The company also makes extensive use of social media for training, with updates on the newest training videos posted on its Facebook and Twitter accounts. 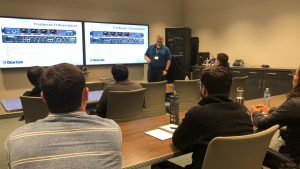 Clear-Com offers training sessions on its products and system at offices in California and the UK.

As immersive audio formats proliferate, their developers are creating format-specific training programs. This year, Dolby launched an online training program focused on its Atmos object-based audio format. The Fraunhofer Institute, which developed the MPEG-H format, offers factory training courses at its headquarters in Erlangen, Germany, as well as one-on-one instruction by experienced engineers or A1s at listening rooms it has established in Erlangen, Seoul, Beijing, and San Jose, CA.

“Typically, for the first use by a broadcaster or for a premiere event, we send a team to the truck compound or control room to ensure that everything is working and help to use the new concepts and features,” explains Robert Bleidt, division GM, Fraunhofer USA Digital Media Technologies. “We also have worked with sound designers on plans for major events and series to select tools, understand interactivity, and optimize playback over the full range of listening scenarios.”

Calrec offers online video tutorials on its Summa and Brio consoles. In addition, it has produced two documents, available in print and as a PDF file. The Audio Primer and Networking Primer are designed to provide an introduction to audio consoles in a broadcast application and to various types of audio-networking protocols and platforms, a topic that features regularly in the industry today.

“Following the popularity of the Summa training videos, we decided to create a series of overview tutorials for the Brio,” Calrec Marketing Manager Kevin Emmott says, adding that the company also maintains an “open-door policy” for freelancer training at its UK and California offices.

“As long as an operator can get to the office, we will provide free training and access to our demo room for them to play with and become familiar with any of our consoles,” says Calrec VP, Sales, Dave Letson. “We have seen a great turnout over the years. Offering freelancers complimentary training makes both the operator and the broadcasters happy as they both can have confidence in using Calrec’s desks.”

Studer’s three-year-old Broadcast Academy training portal is currently undergoing a renovation, according to Paul Shorter, business-development manager, broadcast, North America, Harman. Expected back online by year’s end, it will reflect significant software updates for the Studer Vista console series. What is still rolling is the 73-ft. Soundcraft Studer Truck, which takes the company’s consoles on the road for demos and training. Shorter says an expanded sales team is ramping up onsite training offerings, as part of commissioning console installations and regional customer visits, ahead of the reopening of the online portal.

DiGiCo hosts onsite training at its UK head office, as well as in conjunction with various distributors at a number of locations around the world. In the U.S., its Masters Classes travel to various cities, bringing consoles in for hands-on learning, and have been updated this year to take users from powering on to fully operational in one eight-hour course. Cities for 2018 are Nashville, Indianapolis, New York, Seattle, Denver, and Austin, TX. DiGiCo Online Training, the first tutorial of its kind for the pro-audio industry, broadens that access.

Manufacturers see a useful synergy in investing in training programs, which can be costly but also can be considered a long-term investment. Says Clear-Com’s Linton, “The more comfortable people are with your product, the more they’ll want to use it.”