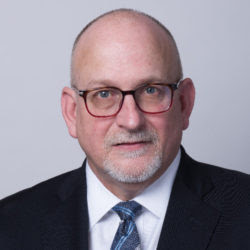 Hughes will be speaking on three separate panels during the event with the first keynote panel titled “Pushing the Boundaries of Cloud Applications” taking place on Wednesday, September 26 at 9:40 AM. The panel will discuss the security and networking implications that accompany adopting a multi-cloud approach with SDN positioned to play a key role in how cloud applications are automated and delivered.

During his keynote presentation titled “Automation & the Distributed Edge: Simplicity is Key” on September 26 at 2:00 PM, Hughes will examine automation in telco environments and how carrier spread to the customer edge now makes automation crucial, challenging though the process may be.

Hughes will complete his presentations with a breakout panel on September 26 at 3:40 PM titled “The Future of Analytics: Implementing Intent” where he will join other panelists in discussing the evolution of analytics implementations within the cloud network, examine where analytics has achieved success, and consider the value of new approaches such as intent-based analytics, which enhances how data is analyzed in the network.