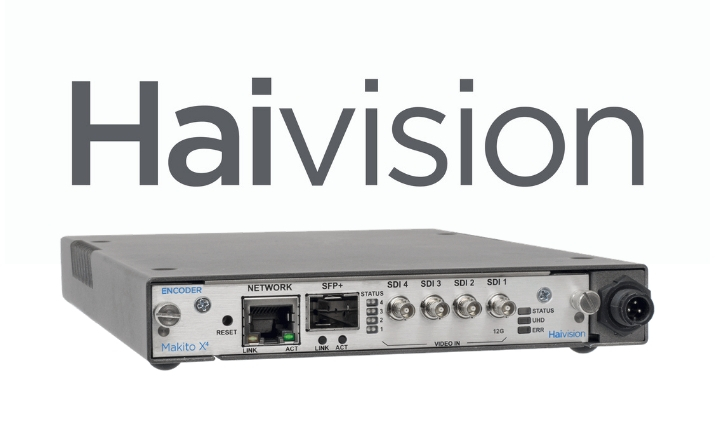 The Makito X4 Video Encoder can support 4K UHD or quad HD at a full 60 frames per second while also offering the company’s highest available encoding density at up to 84 HD inputs (or 21 4K/UHD inputs) and 168 encoding cores in a single 4RU chassis.

“Broadcasters are thirsty for content and new ways to reduce costs, and need to have their eye on 4K content workflows,” Peter Maag, chief marketing officer at Haivision said in the company’s official release on the product, which should be available by April. “We developed the Makito X4 in part to allow broadcasters to centralize their high value production teams and to reduce on-site event investments whether working in HD or 4K.”

According to the official release, the Makito X4 is based on Haivision’s new MX4 HEVC/H.264 programmable 8 core encoding engine. It also offers a future-proof platform set to adapt to the technology drivers in the broadcast industry with support for HDR, SMPTE 2110, and other advanced video encoding features to come in future releases.