The Ross Video Keynote and Reception has become a Sunday night pre-NAB fixture in Las Vegas where Ross Video launches new products in advance of the show. There are always surprises and unexpected news; this year’s event was no different as David Ross and other Ross executives took to the stage in front of a standing-room-only crowd of over 1000 customers, partners and press to unveil a raft of new products and two interesting new acquisitions for NAB 2019. 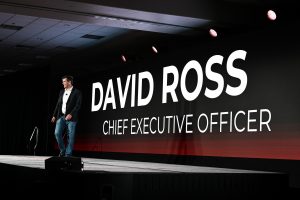 Commenting on the keynote event, Ross points to the importance of creativity and efficiency at NAB 2019. “Yet again Ross Video has brought an amazing array of new products and updates to Las Vegas, all of which tie neatly into our theme of High Impact, High Efficiency production. We know that professionals in this industry have to be more creative and more efficient than ever before, and Ross continues to innovate to help them on both fronts. We’re very proud to be Living Live with such a diverse range of customers and we can’t wait to discuss how our latest products will add even more value to their operations.”