The LA Marathon is one of the largest marathons in the country held every year in March. Since 1986, runners from across the world have attended to run the 26-mile race that traverses several major landmarks in the Los Angeles area. 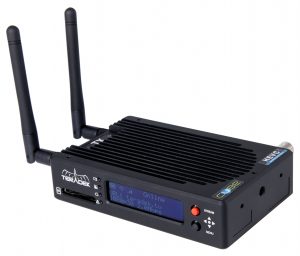 As you can imagine, ensuring public safety for a city-wide event is a huge challenge, especially an event that covers the entire area between the heart of Los Angeles and Santa Monica. To meet this challenge, Santa Monica Police Department utilized Teradek’s cloud technology to provide real-time aerial surveillance from the police department’s UAV.

Teradek’s Cube is a video-over-IP streaming device that offers wired and wireless point-to-point video transport. In this scenario, the police department connected a 4G LTE modem to Cube, mounted the Cube to the UAV and deployed it across the marathon course.

As the UAV traveled, it sent live video through the Cube to Teradek’s cloud platform, Core. On the ground, officers pulled the video feed from Core to their iPads/iPhones with the VUER App. This allowed law enforcement to see real-time UAV footage from any location, making for a much safer and less intrusive marathon.

“The Teradek during the LA Marathon was not only extremely successful but a huge benefit in providing real-time situational awareness for those coordinating the efforts to keep everyone safe!,” says the Santa Monica Police Department.