Twitter had a busy day on Monday in New York City as it unveiled the plans for a laundry list of new and expanded media partnerships at its Digital Content NewFronts at the Terminal 5 concert hall. Naturally, major sports entities were a significant part of the lineup, with noteworthy live video plans set to hit the social media platform from the likes of the NFL and MLS on the league front and ESPN, Bleacher Report, and The Players’ Tribune on the media side. 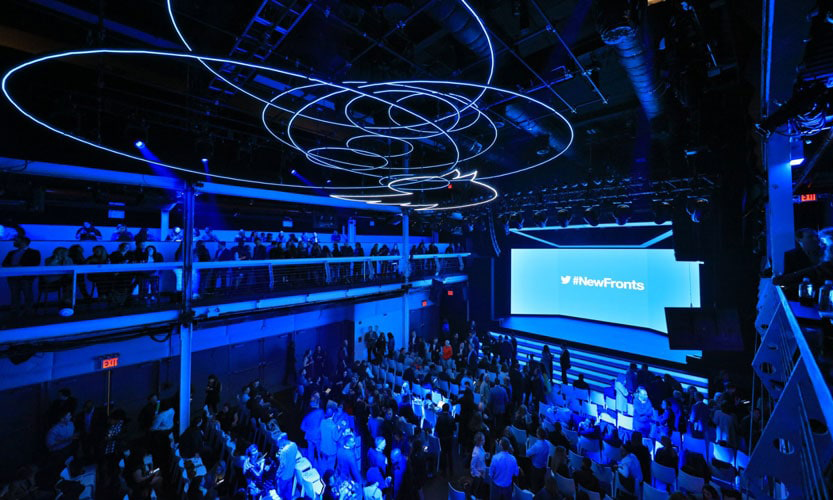 As one of Twitter’s long-standing sports partners, the NFL committed to another multiyear extension that will continue to push NFL highlights across league and team accounts. On the live end, expect more new studio-like shows anchored around NFL tentpole events like Kickoff, Thanksgiving, the Playoffs, Super Bowl, and the Draft. Those shows were pitched as highly interactive and, in some cases, featuring direct Q&A with the viewing audience.

MLS, meanwhile, has been one of the major sports leagues most aggressive with pushing live match content out across various social media platforms, and now Twitter will be no different. MLS’s content agreement ropes in its broadcast partners from Univision Deportes to deliver a comprehensive (TBA) slate of live matches in English on both the @MLS and @UnivisionSports accounts. Naturally, MLS will also share every goal on Twitter and will continue to try new things on the live studio front.

Not to be lost in the mix is esports. When Blizzard Entertainment hosts its massive BlizzCon event in November, Twitter will carry live coverage of the opening ceremony and various live broadcasts from the event. There will also be exclusive behind-the-scenes interviews, highlights of game-developer panels, esports tournaments, and more.

“Aligning with premium video content on Twitter is the way for brands to move at the speed of culture and connect to the most valuable audiences when they are most receptive,” says Sarah Personette, VP of Twitter Global Client Solutions. “Cultural resonance is not only critical, but it delivers results for marketers who want to launch something new and connect with what’s happening.”

As for media companies and publishers, The Players’ Tribune led the way with the announcement of what it considers to be the next-generation of the sports talk show, called Don’t @ Me. The show was pitched at the NewFronts as “an interactive live broadcast featuring two athletes battling out every ‘Greatest of All Time’ topic under the sun, with the Twitter community jumping in.” The Twitter Sports team will collaborate with The Players’ Tribune to determine the debated topics that fit the current conversational narrative taking place on the social platform. During the stream, fans will have the opportunity to engage with the athletes on screen.

ESPN was also in the mix with ESPN Onsite, a branded effort that will see ESPN programming hit the road from various locations more often. Over the next year, ESPN Onsite will integrate in live shows from teams behind The College Football Show, Hoop Streams, Ariel Helwani’s MMA Show, and MLS Countdown Live. ESPN Onsite branding will also be featured across much of the programming that will hit Twitter surround other major tentpole sporting events like the Super Bowl, College Football Championship, NBA All-Star, and much more.

And it wouldn’t be a conversation about the cross-section of digital and social sports without Bleacher Report’s House of Highlights. The brand’s live Twitter show will be returning for a second season with star athletes and celebrities joining HoH founder and host Omar Raja. As in its first season, the show is served heavily by Twitter conversation and prioritizes the answering of questions from fans in the comments.

“When you collaborate with the top publishers in the world, you can develop incredibly innovative ways to elevate premium content and bring new dimensions to the conversations that are already happening on Twitter,” says Kay Madati, Global VP and Head of Content Partnerships for Twitter. “Together with our partners, we developed this new slate of programming specifically for our audiences, and designed the content to fuel even more robust conversation on Twitter.”