The deal is valued at $10.6 billion and does not include YES Network

Sinclair Broadcast Group officially announced on Friday that it has entered into a definitive agreement to acquire 21 regional sports networks from The Walt Disney Company in a deal valued at $10.6 billion. Sinclair, the largest TV-station operator in the U.S., is buying the Fox Sports Regional Networks, which Disney acquired as part of its $71 billion purchase of 21st Century Fox’s entertainment assets and agreed to sell in order to obtain Department of Justice approval for the deal. Byron Allen has also come aboard as an equity and content partner with Sinclair. 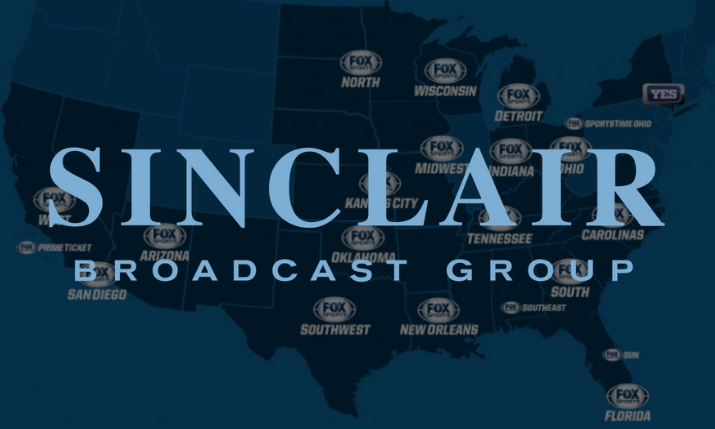 The agreement does not include YES Network, which is reportedly being acquired by the New York Yankees, Sinclair, Amazon, and Blackstone in a separate deal.

According to Sinclair’s announcement, the transaction ascribes a total enterprise value to the RSNs equal to $10.6 billion, reflecting a purchase price of $9.6 billion, after adjusting for minority equity interests. Completion of the transaction, which also includes Fox College Sports, is subject to customary closing conditions, including approval by the U.S. Department of Justice.

Sinclair beat out other suitors, including Liberty Media and Big 3 Basketball, for the 21 RSNs, according to several reports.

The deal paves the way for Sinclair to become the largest force in regional sports. In addition to acquiring the 21 RSNs in this deal, Sinclair has separately partnered with the New York Yankees and Amazon to acquire YES Network (previously part of the Fox RSNs) for a reported $3.4 billion (although that sale has yet to be finalized). In addition, Sinclair has partnered with the Chicago Cubs to launch a joint-venture RSN, dubbed Marquee Sports Network, in 2020. The new RSN, which will be co-owned and -operated by the Cubs and Sinclair, will be the exclusive home for all live Cubs games as part of a long-term rights deal.

“This is a very exciting transaction for Sinclair to be able to acquire highly complementary assets,” Sinclair President/CEO Chris Ripley said in the announcement. “While consumer viewing habits have shifted, the tradition of watching live sports and news remains ingrained in our culture. As one of the largest local news producers in the country and an experienced producer of sports content, we are ideally positioned to transfer our skills to deliver and expand our focus on greater premium sports programming.

“The transaction is expected to be highly accretive to free cash flow and brings consolidated net leverage to 4.7X and 5.1X through the preferred financing,” he continued. “This acquisition is an extraordinary opportunity to diversify Sinclair’s content sources and revenue streams with high-quality assets that are driving live viewing. We also see this as an opportunity to realize cross-promotional collaboration and synergistic benefits related to programming and production.”

Said Christine McCarthy, senior executive VP/CFO, The Walt Disney Co., “We are pleased to have reached this agreement with Sinclair for the sale of these 21 RSNs, subject to the conditions of the consent decree with the U.S. Department of Justice.”

The RSN portfolio (not including YES Network) is the largest collection of RSNs in the marketplace and includes exclusive local rights to 42 professional teams: 14 MLB teams, 16 NBA teams, and 12 NHL teams. In calendar year 2018, the RSN portfolio delivered a combined $3.8 billion in revenue across 74 million subscribers.

Sinclair expects to capitalize Diamond with $1.4 billion in cash equity, comprising a combination of approximately $0.7 billion of cash on hand and a contribution of $0.7 billion in the form of new fully committed debt at Sinclair Television Group. In addition, the purchase price will be funded with $1.0 billion of fully committed privately placed preferred equity of a newly formed indirect wholly owned subsidiary of Sinclair and direct parent of RSN Holding Company. The remainder of the purchase price is being funded by $8.2 billion of fully committed secured and unsecured debt incurred by Diamond. The transaction will be treated as an asset sale for tax purposes, with Sinclair receiving a full step-up in basis.