RugbyPass has announced a pilot program with Major League Rugby (MLR) to provide international coverage of selected MLR games, highlights, and other clips on RugbyPass TV and the RugbyPass Network. 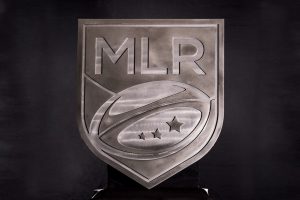 Under the terms of the deal, RugbyPass becomes an Official Digital Partner to MLR for the remainder of the 2019 season, with delayed streaming rights to full replays of selected games across the competition, which will be made available worldwide on RugbyPass TV, shortly after the end of each game. Highlights, player interviews, and other clips will be distributed across the RugbyPass Network, which includes popular websites Rugbydump.com, RugbyOnslaught.com, Rugby365.com, and dozens of social media pages and channels reaching up to 30 million rugby fans every month.

Rugby fans anywhere in the world can subscribe to RugbyPass TV for just $1 per month at www.rugbypass.com/signup and get access to hours of RugbyPass Originals, including The Rugby Pod; Beyond 80: Knocked; Insiders; The Short Ball; Late Tackle; Seven for Seven; The Pride; Kiwis Abroad; and much more. Subscribers also get access to popular rugby vloggers and a library of classic footage and documentaries from World Rugby, as well as the coverage of Major League Rugby and other international competitions.

“We’re excited to add coverage of MLR games across the RugbyPass Network of websites and social channels, expanding the reach of this exciting competition to our millions of global users and subscribers,” said Richard North, Chief Strategy Officer, RugbyPass.