Ross Video announced that Oscar Juste, the company’s Director of Sales for EMEA, has now been promoted to the new role of Vice President of Sales for the EMEA, Asia and Latin America regions. Oscar joined Ross Video in April 2016 and has guided the EMEA region through its most successful period ever, with the region on track to double its turnover within three years by the end of 2019. 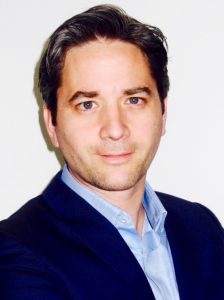 “I’m very excited to be taking this next step in my career with Ross,” notes Juste. “Our enormous success in EMEA has been thanks to the hard work of a very dedicated group of professionals in the region, coupled with invaluable support and investment from the senior management team in Canada. Ross has enormous global potential and I know we can continue to expand our footprint and bring our compelling range of solutions to an even wider group of customers around the world”.

Jeff Moore, Ross Video’s Executive Vice President and CMO, sees the appointment as a natural move for both Oscar and the company.

“Oscar very quickly established himself as a key member of our sales leadership team and has consistently over-delivered on the challenging targets set for his region,” he said. “His business acumen and highly focused approach have been valuable assets to Ross, and I’m sure he’ll enjoy even greater success in this new and expanded role.”