The Advanced Television Systems Committee has named Luke Fay of Sony as Chairman of the ATSC Technology Group overseeing ATSC 3.0 Next Gen TV standards. He succeeds Madeleine Noland, who became ATSC President on May 15. 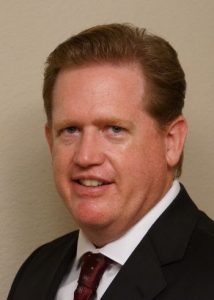 “As soon as the appointment of Luke Fay as ATSC Technology Group Chair was proposed, board members immediately and unanimously affirmed their support,” said 2019 ATSC Board Chairman Lynn Claudy, NAB. “That’s a clear reflection of Luke’s reputation as a highly competent and well- regarded leader in the ATSC community.”

Fay, senior manager of technical standards at Sony Home Entertainment & Sound Products – America, has been Vice Chair of ATSC’s “TG3” Technology Group since its inception in 2011. He has chaired the ATSC Specialist Group on Physical Layer (S32) since 2012 and has served as Vice Chair of the Specialist Group on interactivity (S38) since 2018. In recognition of his leadership, he received ATSC’s highest technical honor, the Bernard J. Lechner Outstanding Contributor Award, in 2015.

At Sony, Fay is heavily involved in the development of the next generation of broadcast television in a number of standards organizations and their efforts to educate members of the new possibilities available with ATSC 3.0. He has more than 20 years of experience in digital communications systems engineering and receiver design, starting with cable modem demodulators in 1996, followed by work on ATSC 1.0 demodulators, developing early receiver chips for digital television.

“Luke brings a wealth of knowledge and leadership talent to TG3. He is very well respected in the industry and is ideally suited to lead the continued evolution of ATSC’s Next Gen TV standards development efforts,” said Noland.