After five consecutive playoff runs of “almosts” and “what ifs”, the Toronto Raptors finally advanced to the NBA Finals this season. And while the entire country has seemingly been swept up in the team’s run, no one is more enthused than the Canadian broadcasters and producers bringing the first-ever home-court NBA Finals to the fans. Maple Leafs Sports and Entertainment (MLSE) is producing the telecasts, which are split between Sportsnet and TSN (in English) and RDS (in French). MLSE’s operation marks the first time that a regional broadcaster is producing a national feed for an NBA Finals. 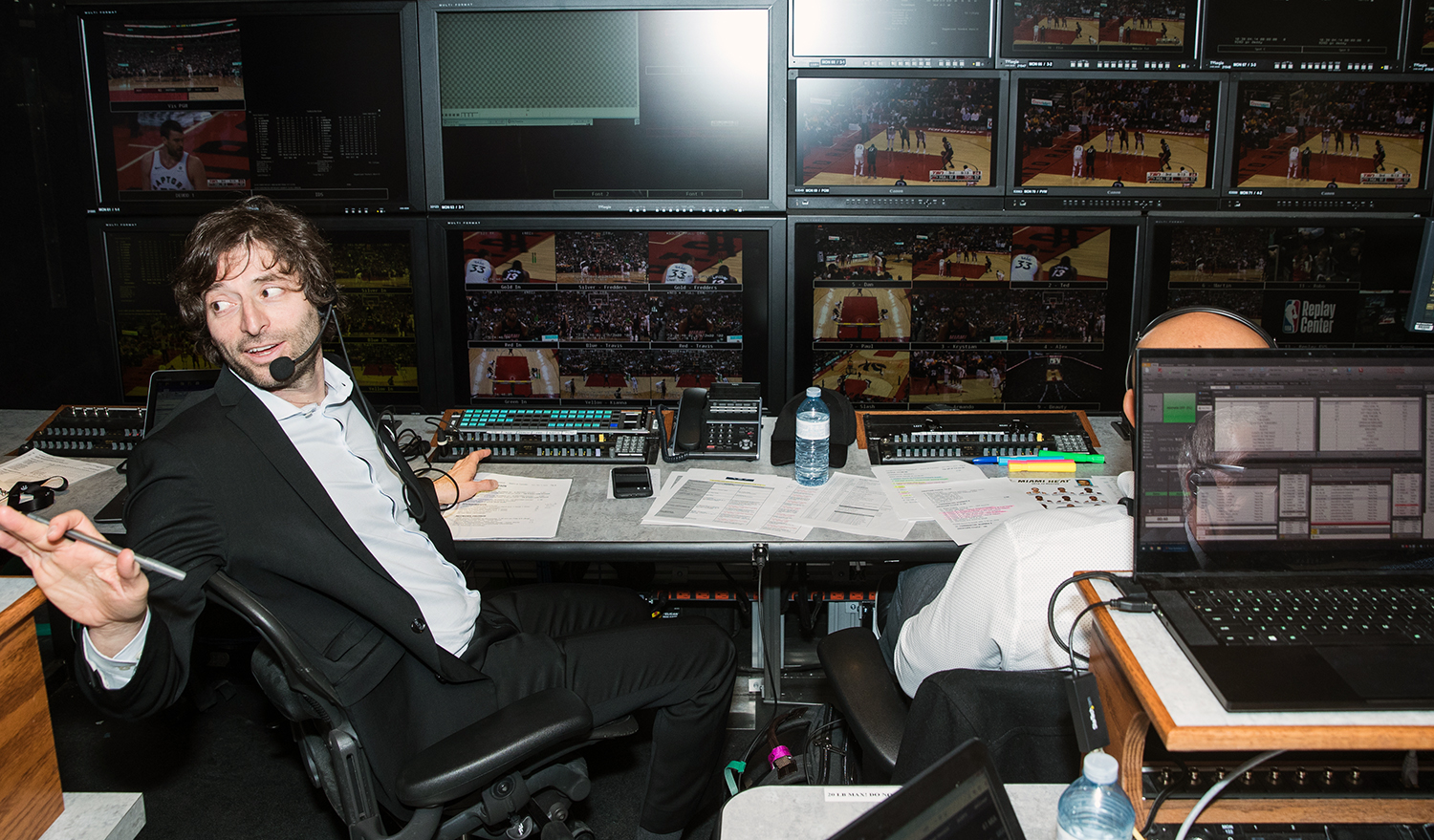 “Our production team feels incredibly fortunate to have the opportunity to work on this event that is so special to all of us involved. We’ve all known for the last six years [during the Raptors playoff run] that it would be a possibility and we’ve all hoped for it,” says MLSE’s Toronto Raptors Broadcast Producer Dan Gladman. “It’s a huge step for our group and for Canadian sports broadcasting in general. Canadian broadcasters have always produced the Stanley Cup Final, but there’s never been a Canadian production of the NBA Finals, so this is definitely a big step.”

The MLSE production team, led by Gladman and director Chris Phillips, is utilizing Dome Productions’ Pioneer mobile unit to deliver the game coverage, pre-game show (which has been expanded from 30 minutes to 60 minutes for the Finals), and halftime show in Toronto.

“We truly do treat our regular season games as if it was the postseason game, so we’ve been doing the pre-game show on-site all season and we travel a huge production crew with us,” says Gladman. “So we’re lucky in that that when we’re here in this position at the Finals, we’re really already prepared to do a show at that level.”

Games 1, 3, 5, and 7 (if necessary) are airing on Sportsnet, while Games 2, 4, and 6 (if necessary) are carried on TSN. TSN and Sportsnet have also added numerous on-site resources to their shoulder programming including SportsCentre (TSN) and Tim and Sid (Sportsnet). 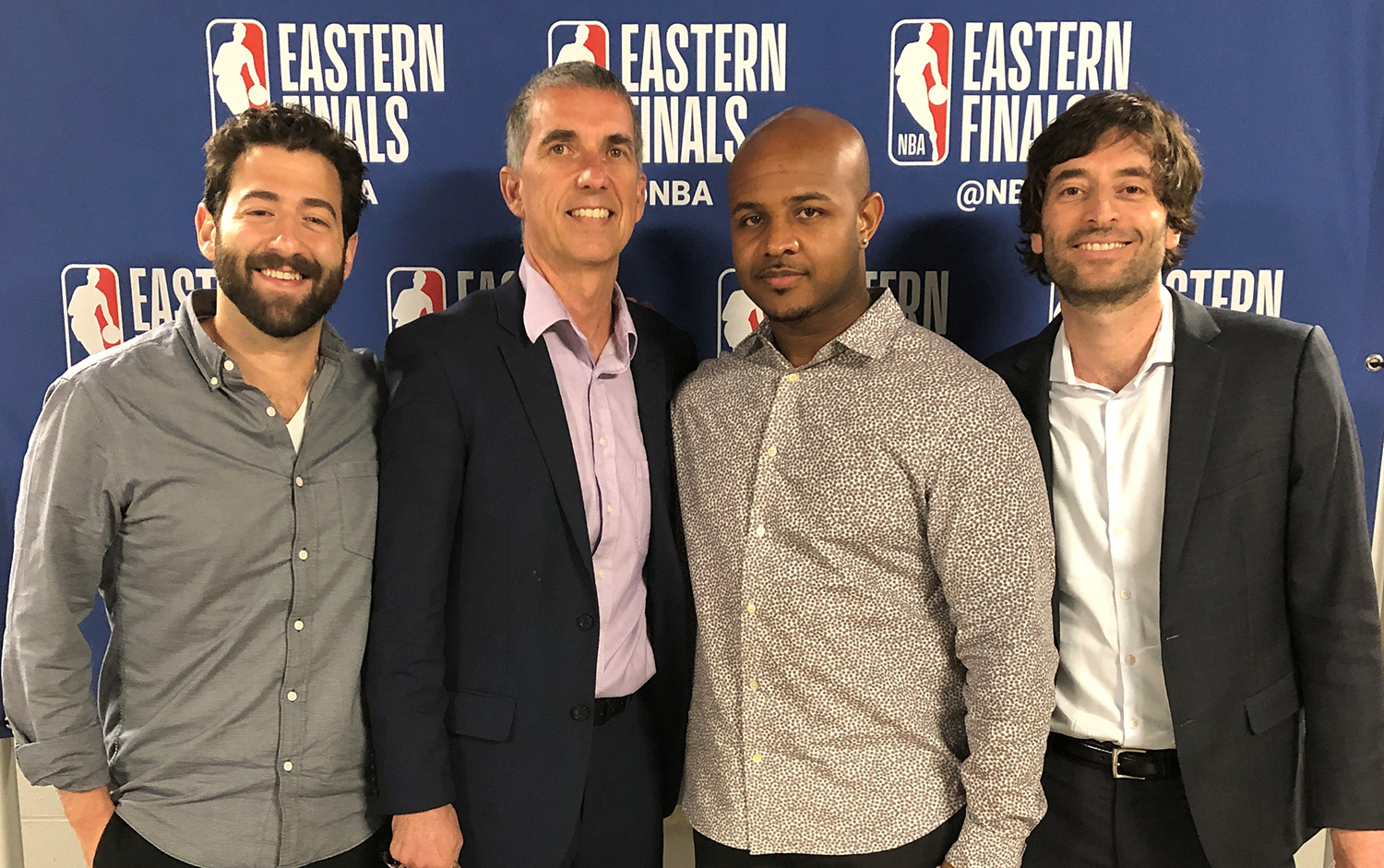 During the NBA playoffs, MLSE has deployed six unilateral cameras for its game coverage, while also sharing feeds from a handful of Turner and ESPN cameras. Although MLSE has cut its unilateral cameras to four during the Finals, it also now has access to all of ESPN/ABC’s camera feeds.

MLSE has its own game camera, tight follow, handheld left, and low-right slash during the game, as well as access to several ESPN camera feeds, including the Skycam, above-the-rim robos, and through-the-glass robos. MLSE also has its own high-wide beauty shot, host position/player walk-off handheld, Q-Ball robo (coach cam), and a jib in Maple Leaf Square (better known as Jurassic Park) outside the arena.

“It’s a challenge being the No. 2 broadcast for an event of this caliber, but NBA and ABC/ESPN have been super cooperative in sharing resources and positions with us and allowing us to do a uniquely Canadian production for our country,” says Gladman. “This process really started six years ago when the Raptors made the playoffs in 2014 and there has been a very friendly spirit of collaboration and cooperation with ESPN and Turner, have been incredibly helpful in sharing their resources with us. Whatever we can offer a different angle, we give it back to them as well.”

MLSE also has access to ESPN’s Mic’ed Up segments featuring coach audio from the sideline for the first time this year, allowing fans to hear Raptors coach Nick Nurse up close and personal during the game.

“Several of us in the production crew got our first jobs in TV working for the Raptors, mainly through work at NBA TV Canada and worked our way onto the game broadcast,” says Gladman. “We are all excited and proud to have this professional opportunity and to be in this moment.”