Avid has enhanced the technology and industry expertise of its board of directors with the appointment of accomplished media technology leader Michelle Munson as a director. She joins the board with more than 15 years of experience in developing new technologies and guiding companies that deliver innovations for the rapidly evolving media landscape. 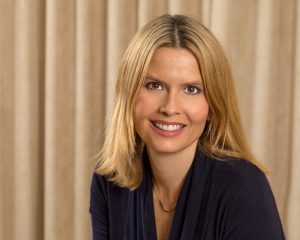 “Avid’s board is deeply committed to providing strong and supportive governance and counsel in order to help accelerate the company’s strategy for innovation and growth,” said Peter Westley, Chairman of the Board, Avid. “Today, the board is pleased to welcome Michelle Munson as a director following our extensive search to significantly enhance our team with proven media technology and business expertise. Throughout her career, Michelle has repeatedly demonstrated her abilities to foster and guide organizations in the media technology sector toward successful outcomes. We look forward to the benefits of having such a distinguished technologist and entrepreneur on the board.”

“With Michelle Munson’s background as a technologist and business leader in media technology, Avid’s board strengthens its extensive industry expertise in order to best represent the markets we serve, as well as support our shareholders and their interests,” said Jeff Rosica, CEO and President, Avid. “I’m very happy that Michelle helps our board to gain a broader and more comprehensive view of media technology and the needs of Avid’s customers, while complementing its solid mix of experience in media and business management, governance, education, and finance.”

Munson is the co-founder and CEO of media technology provider Eluvio. Previously, she founded Aspera and led that company as CEO for 13 years, including through its acquisition by IBM. During that time, Munson won a Technology & Engineering Emmy Award as co-inventor of the Aspera FASP transport technology, which is used widely for high-speed file transfer in media operations. She has earned numerous accolades for her achievements in technology and business, including being named a Fellow of the Society of Motion Picture and Television Engineers (SMPTE). In 2016, she won the Charles S. Swartz Lifetime Achievement Award from the Hollywood Professional Association (HPA); was named Woman Entrepreneur of the Year by the International Association of Broadcasting Manufacturers (IABM); and was named Woman of the Year by TV NewsCheck. In 2017, she was named one of the Most Influential Women in Business by the San Francisco Business Times.

Munson earned dual BS degrees in electrical engineering and physics from Kansas State University. She was a Goldwater Scholar for achievement in Science and Mathematics and a Fulbright Scholar at Cambridge University, where she earned a Masters in computer science. She holds several patents for methods of data and bandwidth management.

Avid also announced the departure of longstanding and respected director John H. Park, who resigned effective immediately, following 12 years of highly valued contributions as a member of the board of directors.

“On behalf of the board and management team, we are extremely grateful to John Park for his many years of dedication in helping to guide the company forward and improve our focus on delivering shareholder value,” said Westley.

“Avid is well-positioned for potential future growth and it has been my pleasure and honor to collaborate with the board and management team that’s been driving improved performance,” said Park. “The company is in good hands and, with Michelle’s technology expertise added to the mix, Avid will become better prepared for long term innovation and success.”

YES Network, Varsity Media Team Up To Present Live-Streamed High School Football On The YES AppWasabi Technologies Closes $250 Million in New Funding to Usher in the Future of Cloud Storage