NBC Sports Washington and the Washington Redskins have inked a deal to deliver the NFL’s first interactive, predictive-gaming live telecasts of the team’s four preseason games. These pilot telecasts, titled Predict the Game, will feature free-to-play contests where fans can win $1,000 cash each quarter as well as other, second-chance prizes. The presentations will be available exclusively on NBC Sports Washington Plus, beginning Thursday, Aug. 8, when the Redskins open the preseason at the Cleveland Browns at 7:30 p.m. ET. 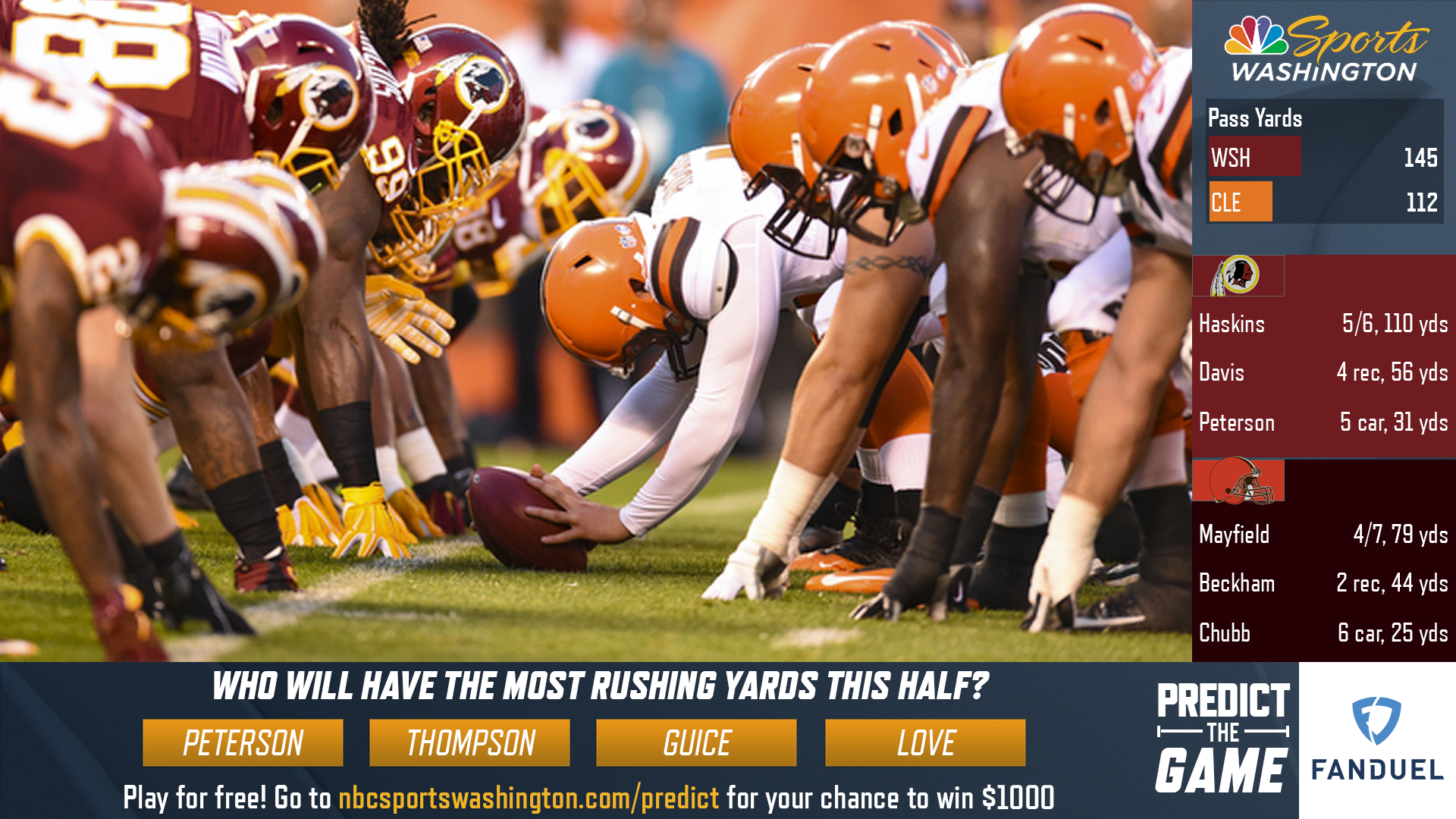 “We are committed to delivering the most engaging experience possible to fans, so the opportunity to partner with the Redskins to combine live NFL action with predictive gaming this preseason is something we are very excited about,” says Damon Phillips, SVP/GM, NBC Sports Washington.

The enhanced experience on NBC Sports Washington Plus will feature Predict the Game elements and other interactive features, combined with real-time statistics and information, displayed on a graphic overlay surrounding the game telecast. Full audio, video, and graphics from the regular live game coverage, which will be available simultaneously on NBC Sports Washington, will be included in the alternative presentation.

Predict the Game allows fans to predict various game and player-performance outcomes through a series of questions that will appear on-screen and on users’ mobile or desktop devices. Points will be awarded for making selections, with additional points awarded for correct predictions. A top eligible scorer at the end of each quarter will earn or share the $1,000 prize, with a new game beginning each quarter. Randomly selected participants will also be eligible to receive second-chance prizes, such as game tickets, VIP experiences, and memorabilia.

“We’re thrilled to partner with NBC Sports Washington to bring the first predictive, free-to-play live game telecast to the NFL,” says Washington Redskins SVP Scott Shepherd. “This partnership strategically aligns with our organization’s commitment to constant innovation for our fans. We are continuously working to enhance the fan experience and strive to identify new, meaningful ways for our incredible fans to engage with our team.”

Fans enter Predict the Game, which they can do throughout the game, by creating an account or logging in at www.nbcsportswashington.com/predict, where they can submit predictions via mobile or desktop device. The site will also provide access to game and contest rules and other features.

The four-game schedule of Redskins preseason predictive-gaming presentations on NBC Sports Washington Plus is as follows: