As part of a global partnership, beIN Sports USA and Canada will exclusively broadcast LaLiga until 2024. The new agreement comes just days before the start of a hotly-anticipated 2019-20 season.

Soccer fans in the U.S. and Canada will be able to benefit from linear broadcasting of UEFA’s highest-ranked league1 in both English and Spanish language. LaLiga is the flagship property of the global sports network’s North American division, who has also committed to broadcasting more fixtures than any previous rights-holder in USA and Canada, with primetime matches supported by major marketing campaigns; new and original programming; award-winning competitions; and lively “watch parties” which are always extremely popular with fans and communities each season.

This week beIN also announced the addition of two marquee summer signings to its roster of leading soccer show hosts: FIFA Women’s World Cup winner Hope Solo and Olympian Kaylyn Kyle, who will provide analysis and debate about FC Barcelona, Real Madrid, Atlético Madrid, and all of the stars from Spain.

“We have always believed that LaLiga is one of the preeminent sporting competitions in the world, so we are delighted to super serve our dedicated fanbase having renewed our exclusive broadcast rights agreement with the Spanish league until 2024,” said Antonio Briceño, Deputy Managing Director of beIN SPORTS for the USA and Canada.

“This year’s competition is set to be one of the most exciting in recent years, as a hungry Real Madrid and an always competitive Atlético Madrid look to deny FC Barcelona their fifth consecutive title. Both clubs have spent much of this summer’s transfer window looking to match their Catalonian rivals, with new superstars such as Eden Hazard and João Félix promising to make it a thrilling season.” 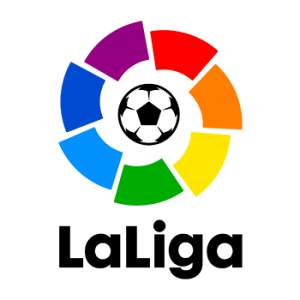 North America continues to be a key growth market for LaLiga, whose growing and youthful family heavy co-viewing fanbase has benefited from beIN SPORTS’ dedicated promotion over the past 6 seasons. In August of 2018, LaLiga and Relevent Sports Group formed a joint venture, LaLiga North America, focused on growing LaLiga’s popularity in the US and Canada. Through content and marketing, local events and activations and youth development projects, LaLiga North America has brought the league closer to fans and has contributed to the growing popularity of soccer in the US and Canada.

“beIN SPORTS has been a global partner for years, and we have grown with them. We are investing heavily in growing LaLiga and popularizing soccer around the world,” said Javier Tebas, President, LaLiga.”

For the 2018-19 season alone, beIN SPORTS aired over 1,200 hours of LaLiga matches – including commentary in English and Spanish, and live studio shows with special guests.

“It was very important for us to partner with a network that prioritized LaLiga as its flagship programming, and beIN recognizes the remarkable popularity and growth potential of the league in the US and Canada,” said Boris Gartner, CEO, LaLiga North America. “Combined with our efforts and investment to bring the league closer to fans, this deal is another step forward.”

beIN SPORTS is available nationwide in the U.S. via major traditional and OTT providers including Charter, Dish, Verizon Fios, Cox, Altice, Mediacom, Sling, PlayStation Vue, FuboTV, and Fanatiz among others.