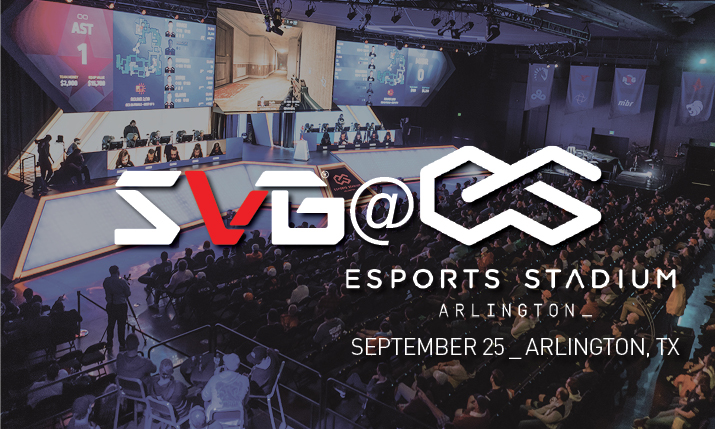 Opened in late 2018, the $10 million, 100,000-sq.-ft. facility represents the most significant commitment to esports by a municipality to date. With an esports-venue building boom expected in 2020 and beyond, ES Arlington provides a sneak peak at the future of this rapidly growing industry. CLICK HERE to read SVG’s full story on the venue.

In addition to a full tour of the facility from the ES Arlington production team, this event will offer a full afternoon of panels addressing esports production strategies, technology and equipment needs, and a preview of the future of esports venues, as well as networking reception.