The LAFD recently deployed a new live streaming workflow with LiveU at the heart of the solution to produce high-quality video for public-facing special events and internal communications among command and control operations. 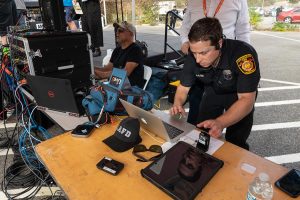 The department had zero live streaming capabilities over a year ago. After borrowing the LAPD’s LiveU Solo unit during last year’s 9/11 Remembrance Ceremony, they decided to contact LiveU and discuss their production needs.

“Previously, we used multiple apps to get briefings out to our constituents. During the recent Carr Fire, we coordinated with 3 divisions daily using the LiveU technology,” notes Captain Mke Flynn, LAFD Fire Communications Dispatch Section. “Nothing has been as successful as putting a LiveU into operation. Instead of communicating in silos, our teams can get live briefings instantly and be able to go to work right away.”

“The LiveU LU600 has become our go-to media platform for getting our message to the Department Operations Center or the public,” added Flynn. “We can have multiple agencies view the live stream at the same time and make decisions quickly based on what we are seeing in real-time.” 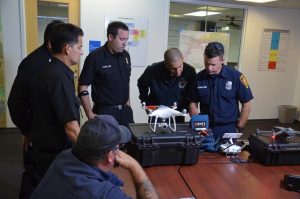 The recent California wildfires also put the spotlight on the LiveU gear as it held up flawlessly in remote areas where the infrastructure was compromised, or connectivity was limited.

Special Events Coverage
In the largest 9/11 remembrance ceremony on the West Coast, Los Angeles first responders remembered those who died during the terror attacks 18 years ago. This year’s production included a more robust, multi-camera production using the LU600s integrated with drones for aerial coverage.

At the LA Marathon, the LAFD set up two motorcycle firefighters with GoPros, allowing them to cruise the entire marathon route and provide live video back to the DOC. Incident Commanders could use the live feeds to determine whether they should engage on different aspects and deploy additional resources to the incidents they were dispatched to. Two additional drones connected to the LiveU units and provided live aerial coverage of the route to the DOC.

“The LiveU has provided us with unique ways to get content to our control center. We look forward to adding more capabilities such as the LiveU Xtender connectivity in low-bandwidth areas and Smart app to provide more flexibility in the field,” concluded Flynn.