Inside the NASCAR Mobile app, fans can drive 16 unique cars into a burnout

NASCAR has already created immersive tech that lets fans feel like they’re behind the wheel of a championship racer, so how can it top that? Its latest offering lets fans perform burnouts that leave serious rubber on the road, and it uses augmented reality so they can do these stunts on their own streets.

NASCAR has introduced a new Augmented Reality game when users can perform burnouts with one of 16 official cars.

Burnouts “are essentially the end-zone celebration for NASCAR teams,” explains Tim Clark, SVP and Chief Digital Officer for the organization. When a race is done, the winner might rev his engine and spin some tight circles on the track (or the field) as a way to whoop it up. Using NASCAR’s app, fans can now do the same.

The offering launched on the NASCAR Mobile app with the start of the Monster Energy NASCAR Cup Series in mid-September. The app lets fans pilot each of the 16 cars in the series, plus a special Jeff Gordon car. Cars are authentic right down to their sponsor decals, but some fans had better get started with this app in a hurry because cars will be removed from the app as drivers are eliminated from the series.

Fans don’t have to go outside to use the AR feature — although that would look the coolest — because the app can adjust for any surface. Fans can perform burnouts on a table, if that’s what they want. Controls are intuitive, as players spin out with the swipe of a finger. Perform a seriously good burnout and the app offers congratulations and confetti. Players can save their best moments or share them over social media.

NASCAR created the app with the help of iX.co, a mobile development studio. This isn’t the first time the two have partnered, as iX.co created the NASCAR AR portal feature last year. The portal let fans walk into a NASCAR setting — such as onstage when drivers are being announced — for a truly immersive experience.

This year, NASCAR and iX.co had a little more time to work, so the AR development was more involved. They hashed out the concept in May, then created wire frames and proofs-of-concept for two months. Development started in July, and the feature launched in September. iX.co created the AR experience using functions available in Apple ARKit2 and iOS 12, and Google ARCore and 9+ for Android. The process was guided by lessons NASCAR learned last year.

It’s important to offer fans a unique experience in AR, Clark says, no matter the size of the audience. Also, many brands are looking for innovative ways to connect with fans and welcome something cutting-edge. Last year’s AR portal was sponsored by Coke. This year, the perfect sponsor for an experience that involves leaving tire marks was clearly Goodyear. 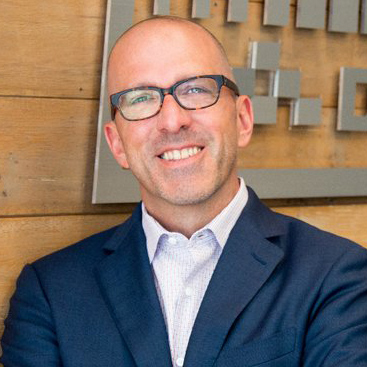 “Using a Coke can as the portal into an augmented reality world was really cool,” Clark says. “I think the partners appreciated that. So I think using those learnings to go into this year, we were able to identify partners that would be a good fit.”

AR isn’t the only thing NASCAR is bringing back. Last year, for the first time, it offered 360° in-car cameras in four or five races, and this year it’s upping that to 10. Plus, this time the controls are more advanced. Fans can decide if they want to watch the driver work the throttle and break and go through the gears, see how close they are to the drivers in front and in back, or check out the distance to the wall. The experience will be available through the NASCAR Mobile app and NASCAR.com during three playoff races: the Bank of America Roval 400, First Data 500, and Ford EcoBoost 400,

With 360° video, AR, and other connected experiences, NASCAR has been leading the way to creating new engagements with fans, and in that way it’s definitely not just spinning its wheels.

“I think it’s just another step in our evolution of hopefully showing fans that we’re willing to think outside of the box and bring new experiences to them in a unique, innovative fashion,” Clark says. “I think the response to this has been overwhelmingly positive — as was the AR portal last year — so I think it’s just part of our process. I think we realize that we’ve got to adapt to fan behaviors and make sure we’re available across several platforms. This is just one really important step in that larger journey.”