It was a busy weekend for ESL, the world’s largest esports company, as a production team in New York produced ESL One New York powered by Intel; a second team was in Milan, Italy, for the Vodafone 5G ESL Mobile Open European finals; and a third was in Katowice, Poland, for the League of Legends European Regional finals. 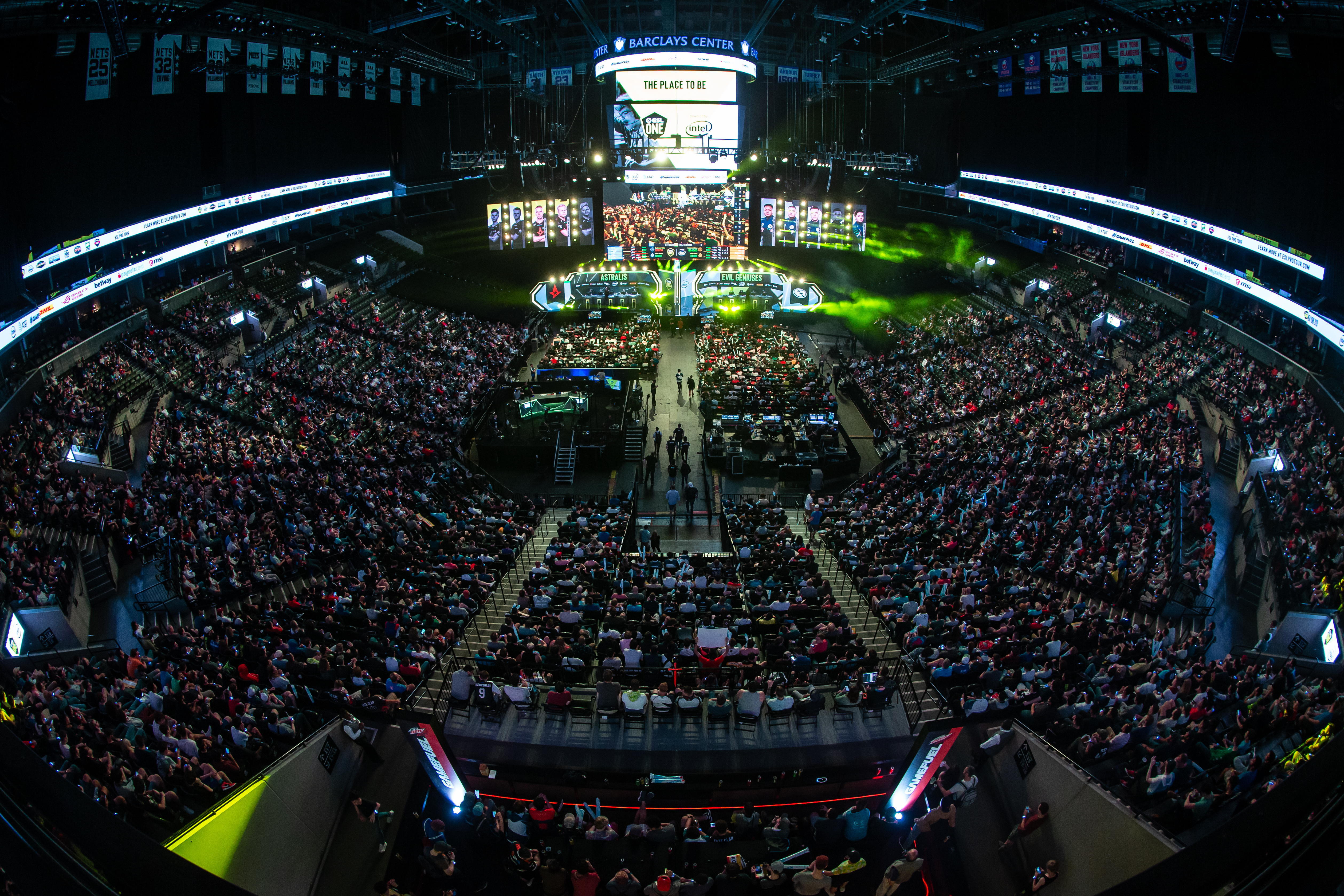 Sven Hoffmann, Global Event Executive Producer, ESL, and Ralf Burkhardt, Head of TV Production, ESL, were both at the Barclays Center in Brooklyn for ESL One New York, a Counter-Strike: Global Offensive (CS:GO) competition that filled up the lower bowl of the arena with thousands of esports fans as the North American roster Evil Geniuses upset Astralis from Denmark. They oversaw a team of 25 ESL core production staffers who travel the world to ensure the coverage has a consistent feel from one event to the next.

The philosophy around esports productions is constantly evolving, especially given that the production team is not only focused on delivering a great show for fans around the world (ESL events are broadcast in 20 different languages around the globe with local partners handling native-language commentary) but also for the fans in the venue. And the in-game experiences for both players and fans are also constantly changing. 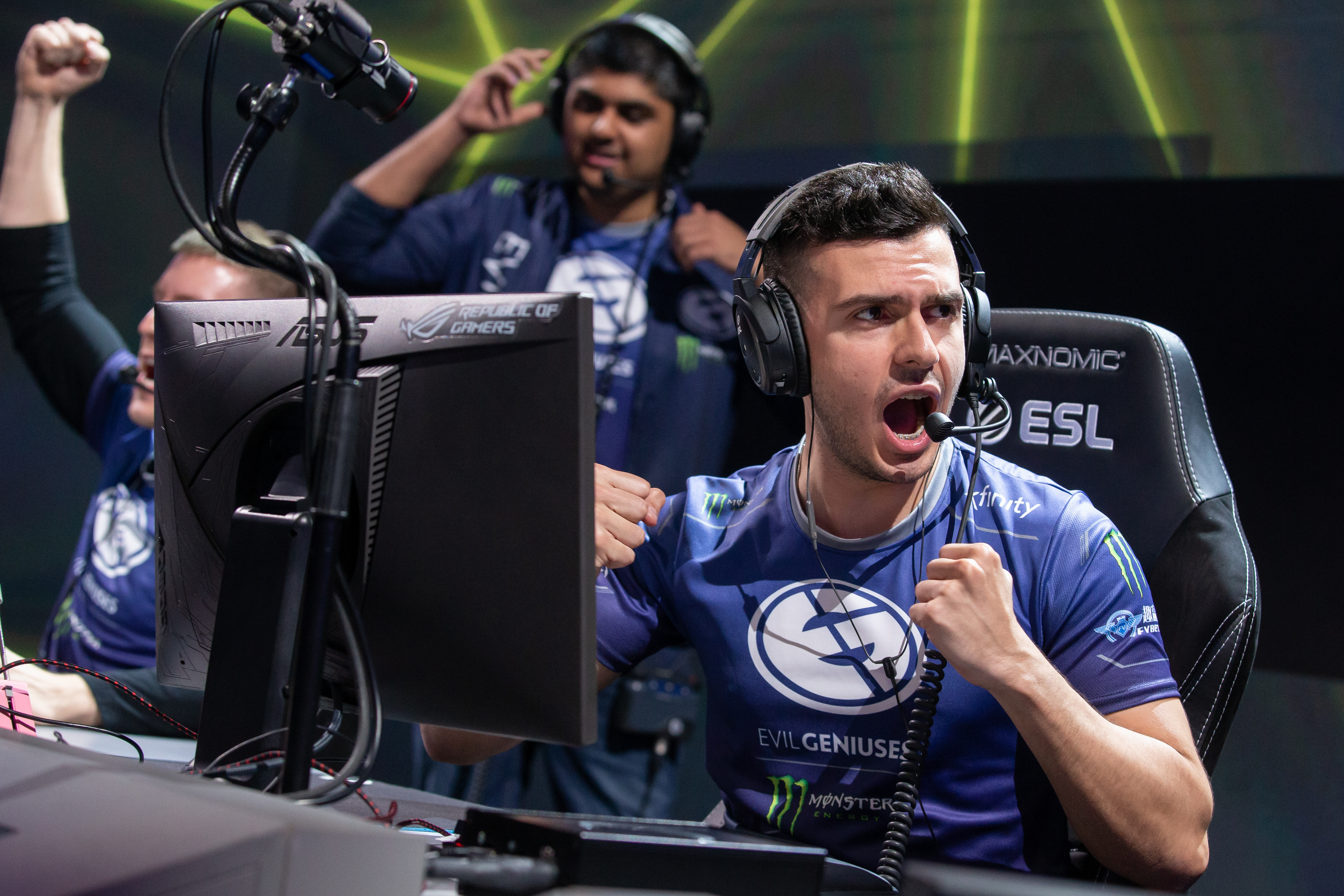 “We have a whole department doing nothing but improving the in-game experience in the venue and on our streams,” says Hoffmann. “Esports is not as physically visible as regular sports but what makes it as interesting is the athletes’ emotions. We need to help translate what is going on behind the screens as the fans can’t see the faces of the players for most of the time, so we have Marshall POV cameras getting a good mix of player reactions to show how emotional and intense they are and then to bring it to the audience.”

Two key partners in the efforts are ARAM, a Polish-based provider of the sets, lighting design, and projection screens that are integral to the in-venue experience, and NEP, which has provided TV production facilities. 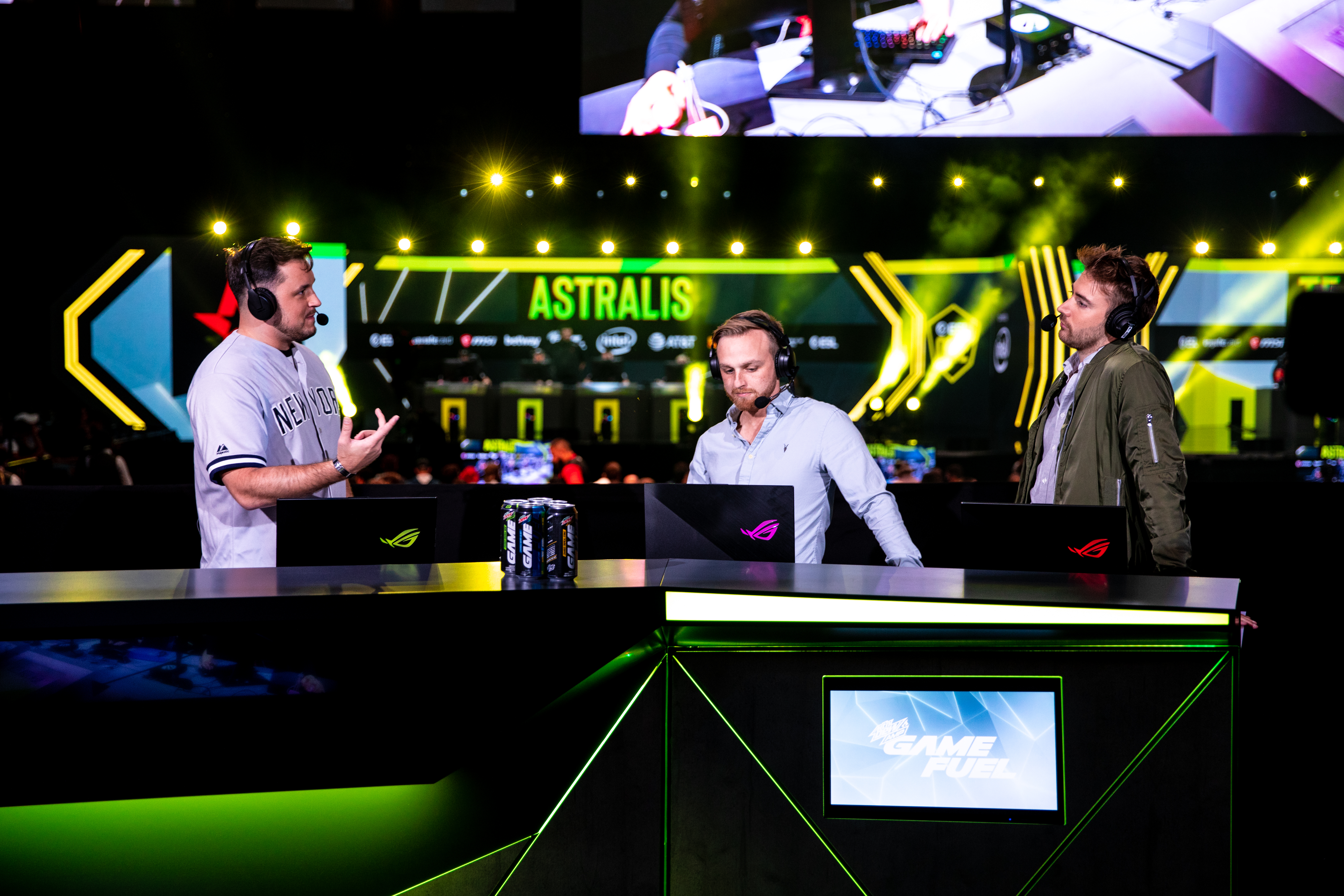 “ARAM is a global partner, and they understand our needs and certain requirements like the teams not being able to see the program feed and having viewing angles for the audience that are comfortable when you are sitting there for a day-long show,” says Hoffmann.

The big news from a TV production standpoint was that the event marked the debut of NEP’s Supershooter 8 mobile production unit. NEP has provided the back-end TV production facilities for all of ESL’s events for the past three years. The truck features a Grass Valley Kayenne X-Frame production switcher, Sony HDC 3500 cameras, Canon lenses, a Calrec Apollo audio console, the EVS XT-VIA replay servers, and a Lawo IP router.

“Our standard show uses around 13 cameras and here we have three EVS XT VIA systems as well as two super slo-mo systems that are used in the in-game feed,” says Hoffmann. “It’s basically a TV broadcast but the real magic, and what makes an esports production special, is outside of the truck.” 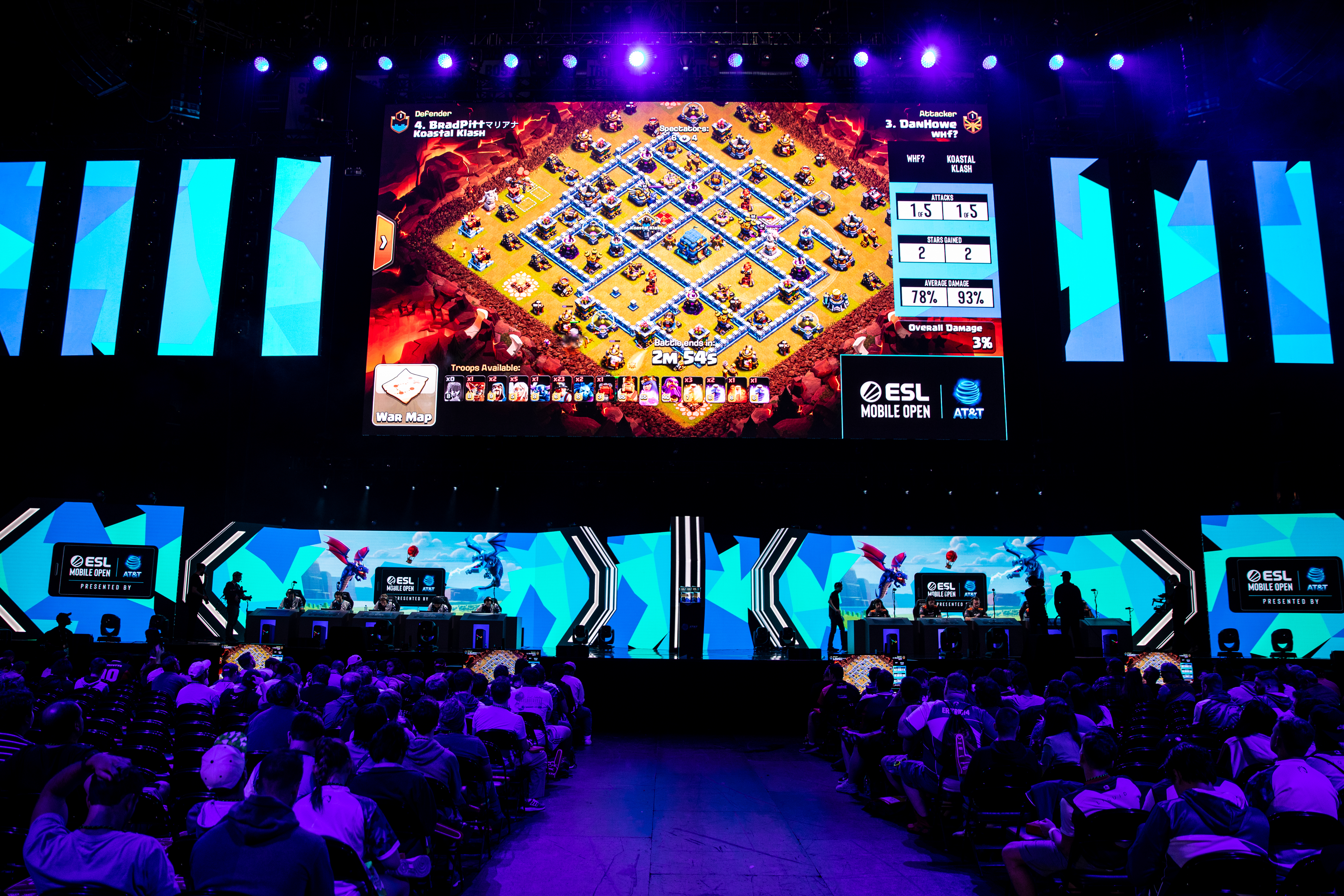 Outside of the truck is where a five-person team of directors, assistant directors, and in-game observers do the hard work of covering the game via virtual cameras that reside within the virtual world the Counter-Strike competitions take place. CS:GO is a multiplayer first-person shooter game with two teams of five players facing off in rounds of competition where one team is attempting to plant a bomb and another attempting to stop them. The observers pull together first-person perspectives from each of the competitors and also control virtual cameras located around the buildings, streets, and alleyways the action takes place in to tell the story of each round. 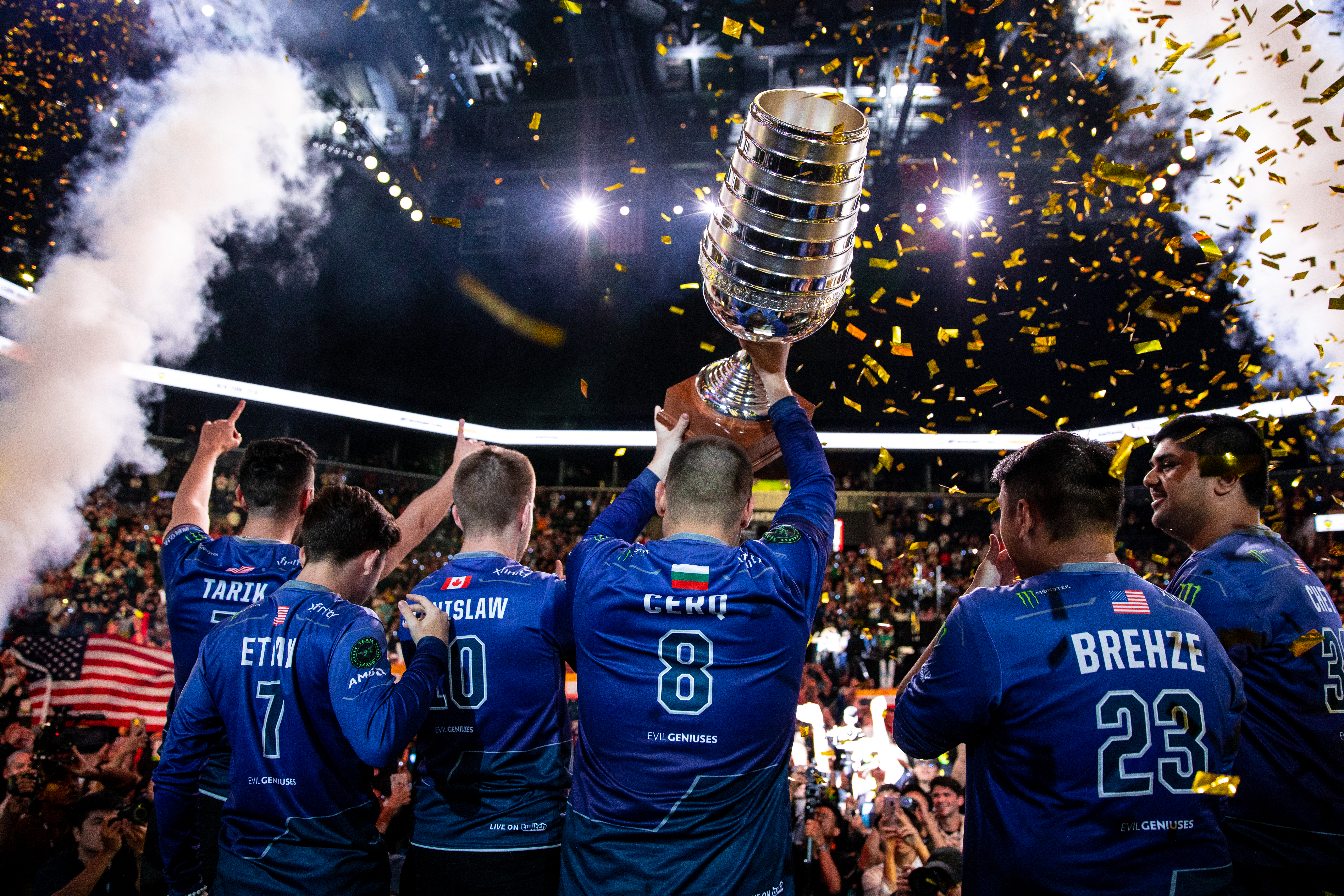 “The main observer and director assistants are in constant communication about where a team is going and they’ve been working together for quite a while, so they know what each other is doing,” says Hoffmann. “Then the main director looks for player reaction and super slo-mo shots and then everything is funneled into the main truck.”

While each round is short, there are plenty of them during the course of a day and, ultimately, the production team is on site up to 14 hours for upwards of 12 hours of competition. That means the people who work on the show tend to really enjoy the games and, most importantly, understand them.

“Our core team from Germany directs the show but we also have local people who understand the nature of the production as it is different and does have special choreography,” says Hoffmann.

Older fans of traditional stick-and-ball sports (or just ball, in the case of football) often seem perplexed by the attraction of esports, but Hoffmann says its place in society is simply part of a cultural change.

“Our fans are digital natives and grew up with these and plenty other games,” he says. “The rules that apply to all other sports apply here: there are sports, competition, fans, teams, stars, overachievers, and underachievers.”