The SVG Europe and SVG Americas editorial teams were out in full force at last month’s IBC Show, covering the biggest sports-technology news and delivering daily SportTechBuzz at IBC roundups. Here is a look at all of the SportSound Buzz from RAI in Amsterdam. 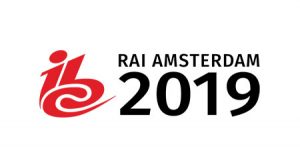 Avid (7.B55) showcased production and postproduction workflow solutions for video- and audio-content creators. For the audio community, the new Avid S4 and Avid S1 control surfaces provide integrated, powerful yet affordable sound-mixing solutions ideal for smaller broadcasters. Making its European debut at IBC 2019, Pro Tools Ultimate delivers 50% more voice/audio tracks than previous versions. In addition to the increase in base voice limit to 384, Pro Tools | Ultimate software and HD Native customers can further increase the number of available voices to 768 per system — on par with a three-card Pro Tools | HDX system — with the addition of Pro Tools | Ultimate Voice Packs. “Today’s content creators must contend with new formats, higher resolutions, ever-tightening budgets, and broader distribution realities, so media-creation and -distribution tools must work harder than ever,” says Avid CEO/President Jeff Rosica. “At IBC, we look forward to demonstrating how, with Avid, our customers can deliver more content and create at the speed of inspiration.”

BroaMan (8.C60) has added frame-synchronization capabilities to its Mux22 range of audio, video, and data transport-over-fiber modules. As the name suggests, the Frame Sync extension synchronizes all the signals, but, unlike with other products on the market, the sync is done before routing, which speeds up the process. The 1RU Mux22 combines 3G/HD/SD-SDI I/O with Optocore and SANE digital audio networks. Also at IBC 2019, BroaMan has announced that 12G support is now included in its Repeat48 WDM media converters. Suggested uses for the Repeat48 include in-stadium point-to-point transport from commentators to the control room.

Last year, Calrec Audio (8.C61) previewed the ImPulse audio-processing and -routing engine with AES67 and SMPTE ST 2110 connectivity. This year, the system was on display. Compatible with Apollo and Artemis control surfaces, it is intended to provide an upgrade path for existing Calrec customers to IP without having to replace major technology components. In addition, it can allow up to four DSP mix engines and control systems to run independently on a single core at the same time.

Clear-Com (10.D29) was at IBC 2019 with a new beltpack designed to ensure that communications in stadiums are clear and efficient. “Our new beltpack is very good for stadiums,” Senior Product Manager Stephen Sandford explains. “It’s a brand-new development that we’ve designed from the ground-up especially for that environment.” The IP-based beltpack, called FreeSpeak Edge, runs on the 5 GHz spectrum. This was a conscious decision by Clear-Com to improve the quality of communication within the stadium setting. It also takes advantage of Clear-Com’s exclusive RF tech that uses OFDM to provide a robust transport layer and delivers clear 12-kHz audio with ultra-low latency. “The 5 GHz band is very good for stadiums as it reflects off the roof,” Sandford adds. “We also lowered the noise floor and increased the audio gain. This gives a very, very clear sound, which is beautiful in those kinds of environments.”

Lawo (Stand 8.B50) launched the world’s first AES67 stream-monitoring software, for Windows PC. AES67 Stream Monitor displays detailed information for as many as 16 user-definable audio streams, each of which can contain multiple audio channels. The main display presents audio levels and alarm indications at a glance for all monitored streams; selecting an individual stream display allows the user to do a “deep dive” to discover detailed stream information. “Radio professionals have embraced AoIP. The majority of new facilities are based upon IP technology,” says Lawo Radio Marketing Specialist Clark Novak. “Broadcasters are also vocal about their support for the AES67 standard. But they’ve had no easy way to inspect and monitor critical audio streams. AES67 Stream Monitor addresses this issue and fills their need.”

Q5X (8.B02) featured its signature on-person wireless systems, including the new QT-5100 RefMic with integrated rocker-style mute switch, which was introduced at last December’s SVG Summit and has been rolled out to all 31 NHL arenas and used in all NHL games. Also new since IBC 2018 are Q5X QR-3200 dual-channel wideband rackmount receivers and QR-M3 wideband mobile receivers, which can be tuned between 470 and 698 MHz. According to Q5X CEO Paul Johnson, a number of teams have purchased their own Q5X PlayerMic kits to create content for team websites. “We have sold many systems this year directly to teams for the NBA, NHL, MLS, MLB, and NFL,” he says, noting a shift from the rentals that many leagues and teams used during initial evaluation periods.

Riedel’s (10.A31) Smart Panel increasingly embraced the “there’s an app for that” philosophy, thanks to an API that has allowed manufacturers like Broadcast Solutions, Pebble Beach, Data Miner, and others to place their products under control of the Smart Panel. The goal, says Joe Commare, marketing manager, Riedel North America, is to allow the 2RU Smart Panel to put extra capacity to use by allowing other manufacturers to make use of the panel’s dials and customizable buttons and screens to create an interface for a task. Also new is Mediornet’s ability to handle embedded timecode and for a Mediornet multiviewer to support portrait mode. The Bolero intercom system, meanwhile, is rocking along and now will run over AES 67 SMPTE ST 2110 networks without the need for a matrix.

Sennheiser (8.D50) showed its wide range of wireless microphone systems, including the XSW-D, AVX, evolution wireless, and Digital 6000 and Digital 9000 systems. These provide high-quality wireless transmission in various frequency ranges: 2.4 GHz, 1.9 GHz, and UHF. In the AMBEO immersive-audio area, two full end-to-end workflows for multichannel and Ambisonics productions are being displayed. Within the framework of the AMBEO for VR partnership program, Solid State Logic is showcasing a live immersive television mix recorded with the Sennheiser AMBEO VR Mic and various spot microphones. Live workflow demos of decoding and mixing operations took place at the SSL booth (8.D83) at 4 p.m. every day.

The Telos Alliance (8.D47) introduced its SDI AoIP Node, which features two independent 3-Gbps HD/SD-SDI inputs and outputs. Up to eight audio pairs from either or both SDI inputs can be de-embedded and converted to AES67, becoming available as network sources for monitoring, distribution, or loudness control via the Linear Acoustic AERO.8000 Processing Engine. Up to eight audio pairs of the networked audio can then be re-embedded (and pair-shuffled if desired) back into two independent SDI outputs. “Radio broadcasters caught on to the nearly endless benefits of networked audio nearly two decades ago and haven’t looked back since,” says John Schur, president, Telos Alliance TV Solutions Group. “Television is now on the same path, aided by emerging standards.”
TSL Products (10.B41) showcased three product lines: power management, audio monitoring, and control systems. Says Managing Director Chris Exelby, “in any facility, you need all three.” TSL Products enables customers to carry out remote engineering, he adds, noting that is what is exciting: “These [three areas] are all integrated together, they can be remotely managed, and, on our booth, you can see them all together. We’ve taken time out to replicate the problems clients get, like in remote production. You can save a lot of money not sending engineers out to site, keeping them centrally. We have a new and tangible way towards remote production, by providing our customers [the ability] to do remote engineering. That’s what we’re really excited about.