Immersive Sound Loudspeaker Arrays Are a Work in Progress

Overhead speakers are still sort of up in the air

Nearly 20 years ago, the Great Debates around positioning of loudspeakers for surround monitoring were in full swing. The official starting point was the ITU’s scheme that called for the front L-C-R array to be arranged with an angle of 30 degrees between the left, right, and center speakers, and with the rear surround speakers placed at the same distance from the listening position as the front array, at an angle of 110 degrees (+/-10) from the center speaker. But even that was a compromise, between producing the best sense of “envelopment” (the precursor noun to “immersiveness”) in the sound stage at 90 degrees, and the best rear-quadrant imaging at 135 degrees. From there, the debate commenced, unsurprisingly subjective when audio is involved. 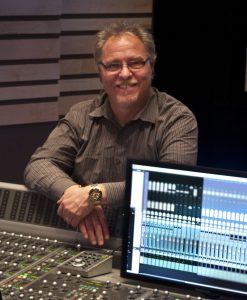 The increase in the number of speakers used for immersive formats, which call for as many as four overhead loudspeakers, and the increasingly small environments in which they need to be used — from facility edit rooms to remote-truck audio compartments — hasn’t necessarily eliminated opinion from the process of speaker placement.

“Ten years in and we’re still in the process of getting some facilities’ 5.1 surround monitoring standardized,” comments Francis Manzella, principal designer at FM Design Ltd., which recently completed renovating the surround-mix postproduction rooms on the fourth floor of Fox Sports’ Los Angeles facility, and is poised to embark on the same task for the company’s Charlotte, NC, studios. “Some rooms have monitors soffited in the walls, some need to use stands or placements on the consoles. There may be standards for speaker placements but they have to adapt to reality on the ground. We are getting a crash course in Atmos monitor control at the moment, but I suspect it’ll be there same for that format, too.”

Loudspeakers are ostensibly format neutral, needing to be physically configured relative to each other according to established standards for the various formats — stereo, 5.1, etc. That extends to immersive, but the additional speakers it requires can complicate those arrays. For instance, more speakers need to be time aligned to each other to achieve goals such as phase coherency and speech intelligibility.

Fundamental to that, however, the speakers also have to be calibrated to the environments in which they’re used. That process, once solely manual (and often subjective), is increasingly being automated using self-calibration software, such as JBL’s RMC Room Mode Correction, Genelec’s Auto-Cal, and the room-correction software integrated into Neumann’s KH 80 DSP loudspeaker.

Marcus Wolff, manager of development at Neumann parent company Sennheiser, emphasizes that all loudspeakers in any format array need to first be calibrated to their physical environment, creating a solid acoustical foundation for an array.

“That needs to happen independent of the format they’re used in,” he says. “The more speakers [a format uses], the [automated] calibration assistance software can absolutely help better support a more accurate imaging environment.”

However, Manzella says that as immersive formats move beyond the cinema environments that they began in — his firm recently designed immersive monitoring studios for NYU’s music-production program — standards for immersive monitoring it will have to paradoxically become simultaneously stricter and more adaptive.

“Atmos is proving to be wonderfully scalable, from professional monitoring set ups to soundbars, but Dolby had been fairly ‘flexible’ about enforcing monitoring standards, at least in some environments,” he says, speculating that building format awareness took precedence over monitoring precision in the format’s formative years. “Now, they’re looking to have more formal certification of Atmos mix environments. But given the size of some of the mix rooms” — he says studios as small as 300 square feet are not unusual in real estate-challenged Manhattan — “you need to stay somewhat flexible.” 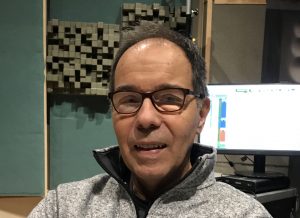 “The challenge for immersive monitoring in remote-production environments is simply the lack of space,” observes Will Eggleston, marketing director at Genelec. “Dolby has specifications for theatrical environments and for [home entertainment] environments. Those last ones could conceivably cover postproduction rooms, too. But the trucks are tighter than that.”

He expects that remote units that already have 5.1 monitoring arrays in place can make the jump to immersive the soonest, but that the overhead array might be best limited to two speakers instead of the four usually specified.

While professional broadcast-studio and cinema applications for Atmos will need to use 7.1.4 or larger speaker arrays, on the consumer side Dolby is trying to put the immersive experience into a single transducer, via a combination of an Amazon Echos Studio smart speaker and Atmos Music tracks from the company’s recently launched Amazon Music HD streaming service, which will stream Atmos Music online. The weak link is the lack of dedicated content for Atmos Music, though the Dolby announced in September that Universal Music Group plans to release “thousands” of tracks in Dolby Atmos from artists including The Beatles, Billie Eilish, Elton John, Lady Gaga, and Luciano Pavarotti.

Dolby reports it offers various guidelines for speaker placement, depending upon the application; for instance, it publishes a studio specification document as part of its Studio Certification program.

“For mixing environments like broadcast, there is more flexibility, which is contingent on the nature of the facility and available space,” says Rob France, Senior Manager, Home Content Engineering, Dolby. “When it comes to calibration and alignment tools, there are a variety of third-party tools available. In parallel, mixers can also use Dolby’s Mastering Suite, which offers a number of calibration and EQ features.”

Immersive audio is here, already a part of broadcast and other applications. Getting it to sound consistently the way its content developers envision it, however, means increased standardization of its monitoring environments.