When Fox Sports gained the exclusive rights to the World Series in 2000, the network established a tradition that continually births technological ingenuity and originality. Now in its 20th consecutive season as the bearer of the Commissioner’s Trophy, the standard is being raised from both production and operational perspectives. Starting in the American League Championship Series (ALCS), all games will be delivered in 4K HDR and — in the final series — innovations such as the FlyCam, DirtCam, and 4D Replay will bookend another season of MLB action. 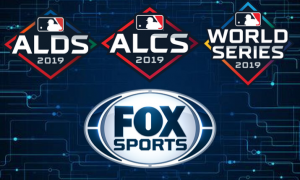 “We had a great year in terms of providing more 4K HDR broadcasts than ever before in the regular season,” says Brad Cheney, VP, field operations and engineering, Fox Sports. “We continued to push ourselves forward, but now, we find the challenge of the postseason to be something really big and exciting for us.”

4K HDR on the Big Stage

Similar to their efforts on this year’s Thursday Night Football package, the penultimate series will have a dash of 4K HDR offerings. Fans can witness these broadcasts through the Fox Sports and Fox NOW apps on Apple TV 4K and unique Fox distributors on DirecTV, Altice Optimum, Verizon Fios, TVision, and fuboTV. Select Roku devices will be another way for viewers to access the game on Roku Premiere+, Roku Streaming Stick+, Roku ultra, and 4K TVs with Roku OS.

“We really believe that, at this size of a show, having 1080p HDR-native cameras across the board is going to make such a large difference in what we can do,” says Cheney. “With the ability to see the lowest of lows and the highest of highs in the same picture, it’s going to expand the viewability of the broadcast and provide stunning images of what’s going on [on the diamond].”

The game will originally be in 1080p HDR and will subsequently be upconverted to 4K HDR on these specific outlets.

After successful usage at the MLB All-Star Game at Progressive Field in Cleveland, the FlyCam system will be making its highly anticipated debut. The point-to-point will capture sweeping shots from atop of the field.

In addition, multiple DirtCams will make an appearance slightly below the playing surface. Also leveraged at the Midsummer Classic after not being seen for three years, Cheney is aiming to install up to three across the infield with a majority of the miniature camera’s body below the ground for ant-like views.

“DirtCam is a [technology] that has always been high on our list of [deployments]. [President] Jeff Silverman and the team at Inertia Unlimited figured out how to make large improvements to what the DirtCam is to us,” he says. “Not only did he improve the image quality coming out of it, but he also made it able to pan, tilt, and zoom. To be able to [perform those movements] in a camera that is smaller than the size of your fingernail is amazing.” 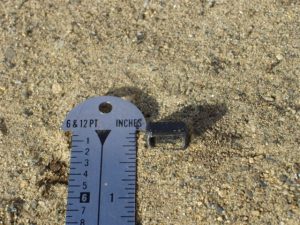 DirtCams will be virtually invisible with much of its body installed below ground.

Multiple Dimensions: 4DReplay, FOX Pitchcast Gives Alternate Looks
An application that has become commonplace at a ton of major sporting events, 4DReplay will play a key role in the Fall Classic. An array of more than 30 cameras from behind home plate will add another layer to Fox Sports’ replay arsenal with cinematic, 360-degree footage of swings in the batter’s box and pitches from the mound.

Also, the Fox Pitchcast will do its part on pitched or batted balls. With the help of Virtual Eye 3D rendering, MLB Pitchtrax, and MLB Statcast data, the system will provide advanced analytics of balls in flight within a recreated environment.

“It’s something that we’ve been working on for quite some time and we’re really liking where it’s at,” says Cheney. “We’re focusing that towards the ALCS and World Series, so that’s where it’s really going to shine.”

The Best of the Rest: 8K HDR, Double-Digit Super-Slo-Mo Cameras Round Off List
The American League Division Series (ALDS) is packed with an 18-camera fleet that has two high-speed slow-motion cameras at 6x. Fox Sports is keeping these first-round broadcasts at a reasonable level of production due to the fact that both series will have the first two games decided before the conclusion of the weekend.

“We will start off at a normal level for the ALDS like some that we have done in the past,” says Cheney. “It really is a roll-in for us because we have two groups in two different cities bouncing back and forth.”

In addition, the folks at MLB Network will be taking a slice of the ALDS pie with exclusive coverage of tonight’s Game 1 in The Bronx and Monday’s Game 3 in Oakland. For those games, Fox Sports will divvy out support on the operations side.

“[Working with MLB Network] is something that we enjoy doing with our friends at MLB Network,” says Cheney. “Our technicians join some of their technicians for those shows, so it’s another opportunity to work with the baseball family during the year.”

As teams progress down the postseason bracket, the full complement of 30 game cameras will be highlighted by an assorted bag of specialty deployments. Leading the way is an 8K Sony HDR camera that will be used on select World Series games.

“We always feel that the better imaging technology that we have, it will further improve the presentation of the game to our viewers. Bringing in an 8K camera that is broadcast- operational is going to show amazing replay highlights,” says Cheney. “Stadium by stadium, it will be up to [Lead Director] Matt Gangl and his team as to where they want to place the camera on every show, but having the ability to zoom into what’s happening in a lot of places and pull out an 4K extraction [of the image] is going to change what we can do in the long run.” 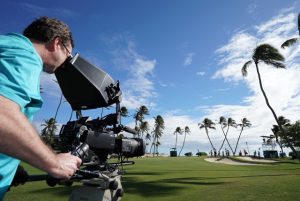 Used at other Fox Sports events, the 8K Sony HDR camera will serve up other looks of the ballgame.

The Crack of the Bat: More Than 100 Microphones Hit the Field
Audio integration has never been more important as it is in this moment in time. Once again, Fox Sports is blowing the lid off of the aural jar this postseason with a slew of audio equipment, including 12 RF mics on players, announcers, and umpires, eight RF FX mics, nine RF base mics, 78 field mics, and 14 RF infield mics. Similar to the 8K camera, Cheney and company plan to have a customized plan of attack for each venue location.

“We try to figure out ways to tune our audio a little farther and make it a little better with not only new microphones that come out every year, but also being strategic about finding new places to put them,” he says. “There are teams and ballparks where you want to put mics in different spots to make sure that you’re capturing the right audio in terms of how that team plays. We’ll be doing a lot of [initial] testing during the ALDS, so we’ll be able to have a nice baseline, but when we get to the ALCS, that’s when we ramp up the full implementation.”

Playing With Playoff Rosters: Game Creek and NEP Bats Clean Up in the Compound
Due to the expansiveness of the ALDS, the network will be dispersing production teams of around 75 staffers to games across the country. Game Creek Video and NEP are each supplying two mobile production units that will be split between the four participating cities (New York, Houston, Minnesota, and Oakland). As the teams start to dwindle in numbers and productions become a bit more structured, Fox Sports will gain additional staffers along the way.

At its highest capacity, these trucks will host 84 record channels and 32 playback channels in 1080p HDR and over 2,600 hours of recording capacity. Also in the compound, there will be more than 384 strands of fiber, 128 TB of shared storage, 2 Gbps of data connectivity, and onsite editing services inside of three edit bays. As for transmission, there will be 16 paths that intertwines signals from all locations to Fox Network Centers in The Woodlands and Los Angeles.

Rounding Third on Another MLB Season
After many months of travel, the long seven-month season will finally call it quits in just a few weeks, but until the 27th out is made and the championship champagne is poured throughout a plastic-wrapped clubhouse, Fox Sports is toeing the rubber for what’s expected to be a thrilling finish.

“There’s nothing like having NFL and college football start, but the minute you get into October, it becomes a massive undertaking for Fox,” says Cheney. “We want to build upon what we’ve done in the past , so we’re looking forward to getting out there and showing people what postseason baseball is all about.”

Fox Sports shifts its sights to the MLB Postseason on Saturday, October 5 for Game 2 of the ALDS between the Minnesota Twins and New York Yankees at Yankee Stadium.