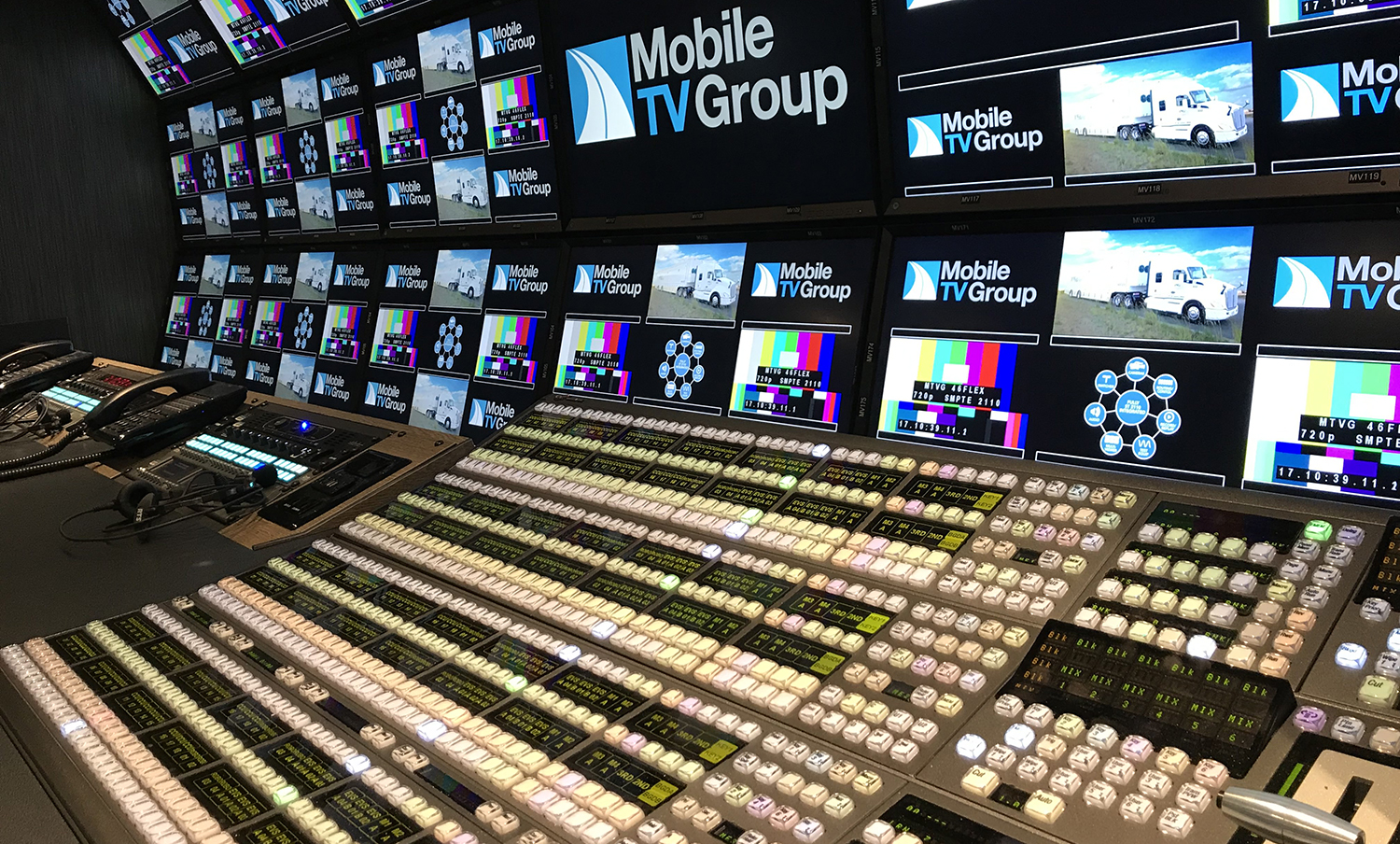 “This mobile unit is definitely our most advanced system to date from a technology standpoint,” says Mobile TV Group, CEO, Philip Garvin. “It has the latest technology across the board and the fact that it’s native end-to-end IP means that its capacity is enormous. It’s also designed to do 1080p HDR shows and can do 1080p 8x-[high frame rate] for both the cameras and EVS. Because it’s fully IP, there’s no limitation in what it can do for a 1080p show; you have don’t give up anything to do 1080p versus 720p — there is no infrastructure lost whatsoever.”

Like its predecessor 45 FLEX, MTVG’s latest mobile unit is built around a Grass Valley Kayenne K-Frame X IP switcher (7M/E, 96 inputs/48 outputs), an Evertz 384-port EXE 2.0 IP router with up to 9,600 GBps, and a Evertz Magnum control system to manage the IP infrastructure. 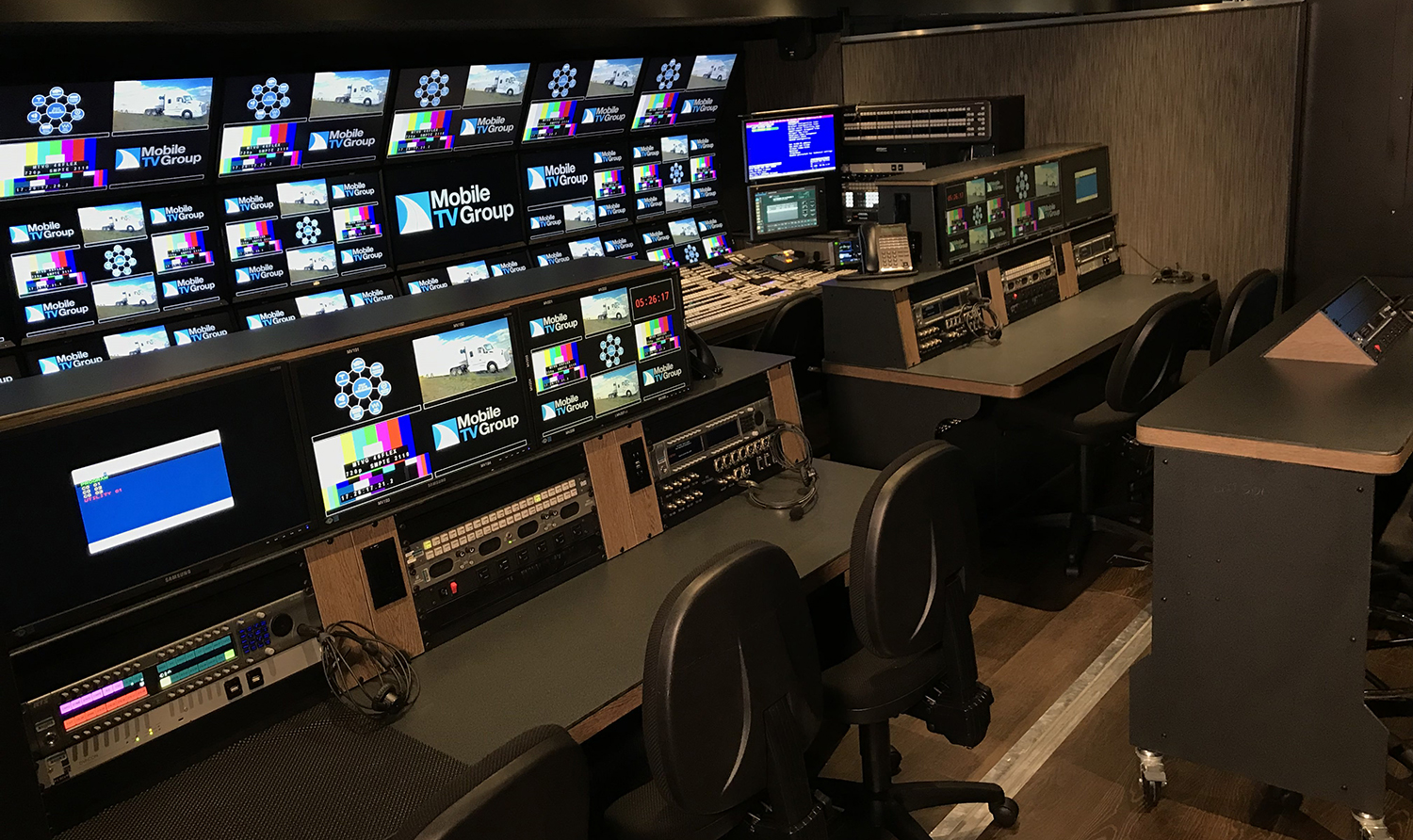 The production area inside MTVG’s 46 FLEX

“Before IP, to achieve the 1080p capacity of 46 FLEX, you would need a baseband router of at least 3000 x 3000,” says Mobile TV Group, COO, Nick Garvin. “That just wouldn’t be practical or even possible. So, we’re very excited about what IP can offer.”

Since both the 46 FLEX unit and the 46 B Unit are connected entirely via IP, every single source is available to either the A unit or B unit at any given time. 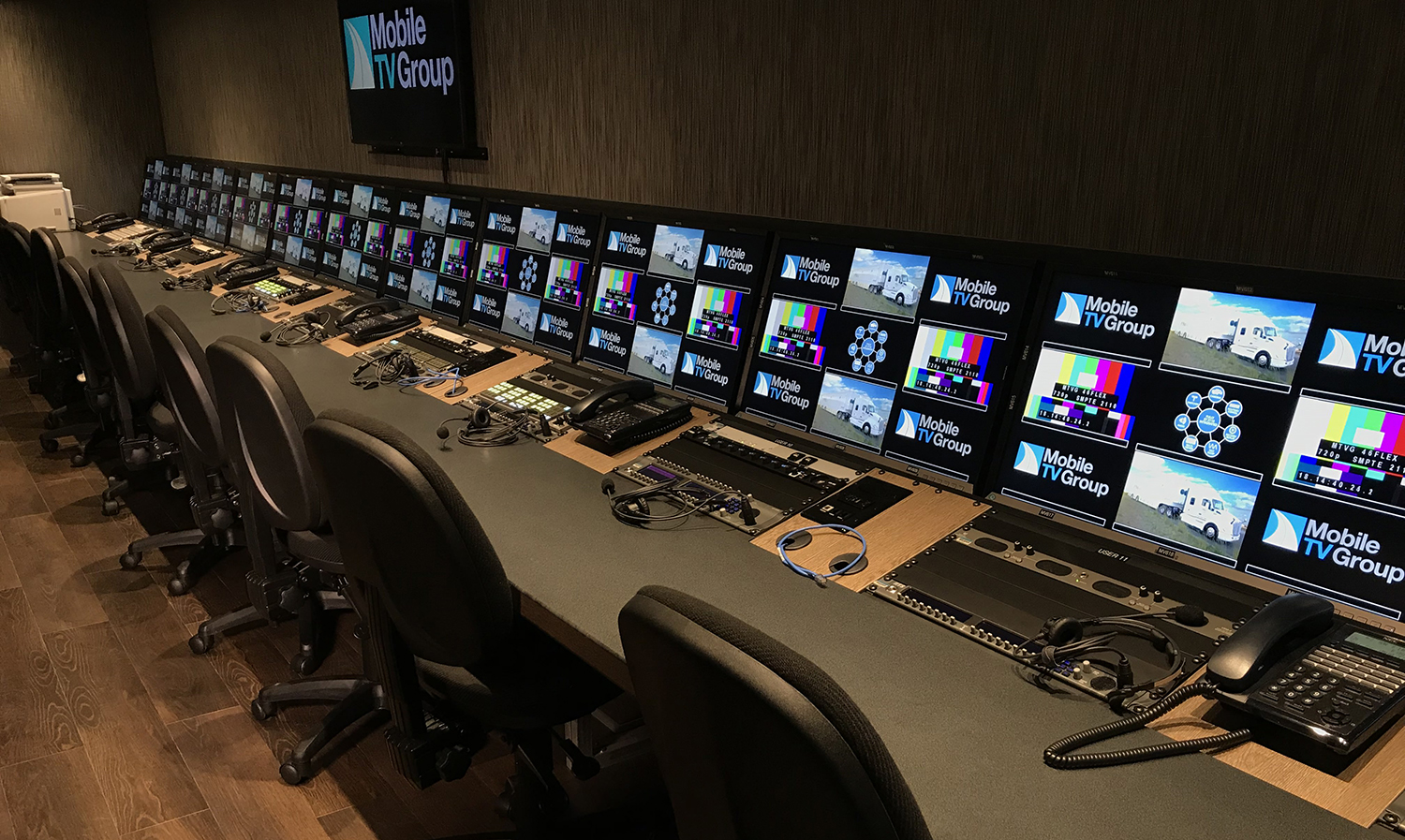 The 46 B Unit (shown here) is fully IP connected to the A unit, giving it access to all sources any any given moment.

“MTVG and Fox have had a long and innovative relationship,” says Mike Davies, SVP, technical and field operations for Fox Sports. “We tapped Phil and his team to create a future-proof truck that could see us through the balance of this contract. It was no question that we needed the flexibility to do the shows of today and be ready to adapt to the shows of tomorrow. End-to-end IP was the easy answer to be sure we were ready for whatever comes.”

The truck is among the first to roll with Sony’s new HDC-5500 multi-format live cameras, which are equipped with the world’s first 2/3-inch 4K global shutter three CMOS sensor. 46 FLEX carries four HDC-550’s aboard capable of up to 8x-high-frame-rate in 720p/1080p along with eight Sony HDC-3500 cameras and two Grass Valley LDK 8000 Elite cameras for the booth. In terms of glass, the truck is equipped with one Canon UJ111x8.3B long lens and seven XJ95x8.6B lenses (additional Canon 76x lenses long lenses can be added if using the B unit). 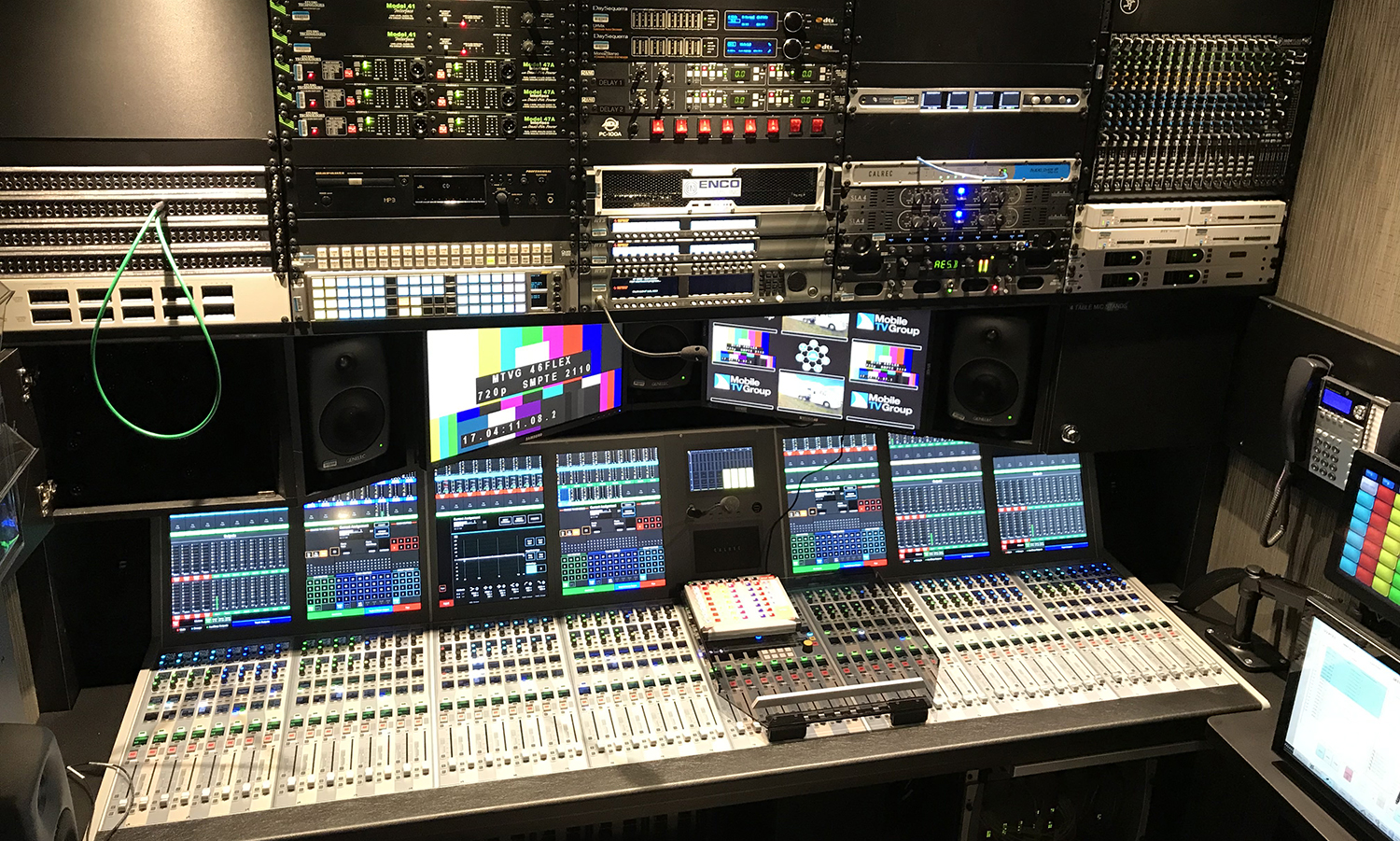 In the replay room, four 12-channel EVS XT VIA IP replay servers (with full editing capability and 16 channels of embedded audio) carry the load, while another four-channel EVS XS VIA server is on hand for Spotbox (two channels per show during dual feeds).

The audio room is built around a Calrec Artemis Beam 64-fader console (with 256 routable inputs via IP and 64 analog inputs/64 analog outputs) and relies on a 10,240 x 10,240 Evertz audio router connected via IP to the Calrec board. An RTS ADAM-M Matrix system handles the comms (64 ports of OMNEO, 32 channels of MADI, and 48 analog ports) and other key audio gear includes an ENCO Hotshot2 audio playout systems and a variety of Sennheiser microphones. 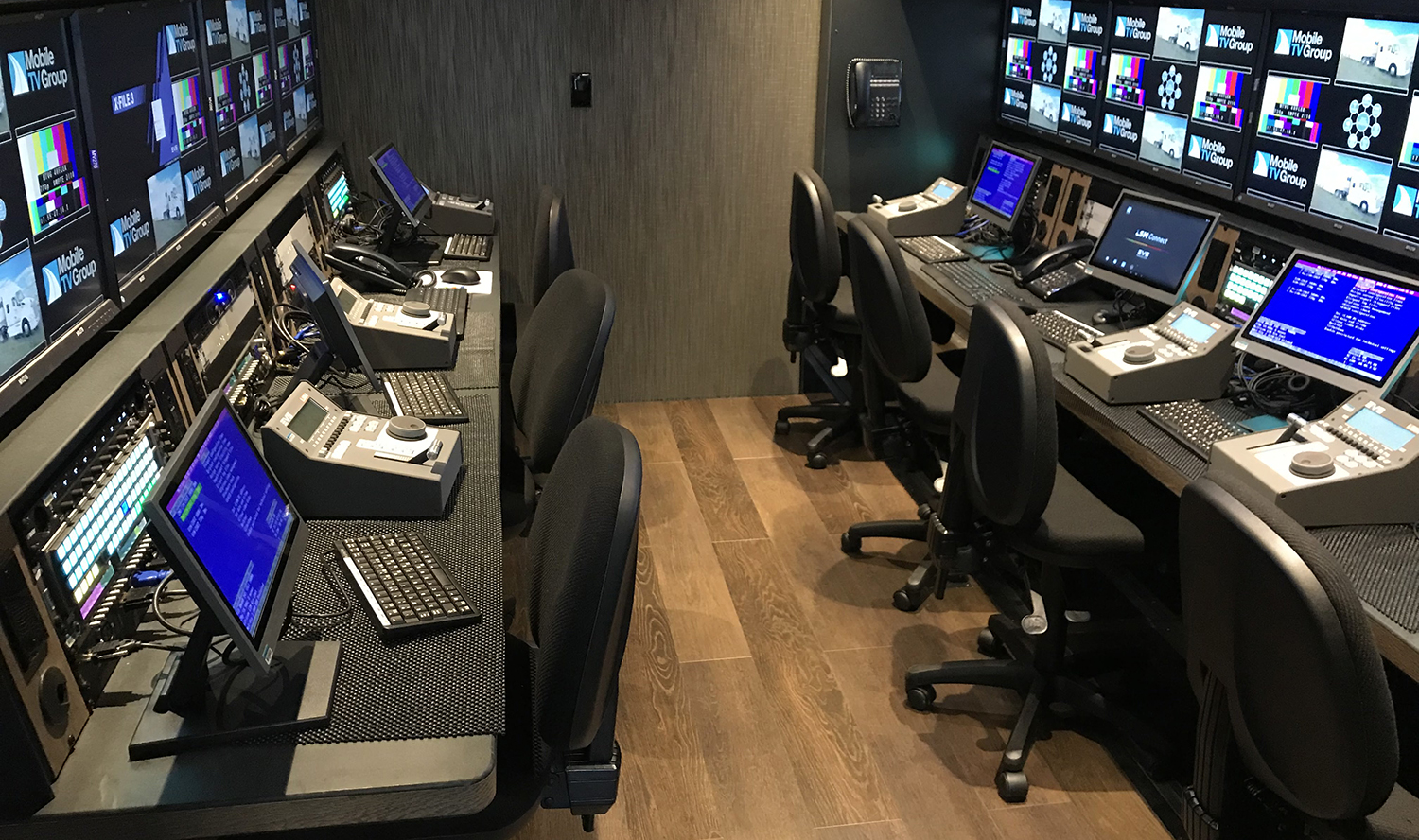 “This truck is built for 1080p, and it can also do 1080p HDR with some monitoring changes.” says Philip Garvin. “Aside from the monitoring, it’s literally like flipping a switch to make it HDR — all the licenses are there, and HDR doesn’t require significant additional bandwidth. So yes, 46 FLEX is definitely ready for 1080p HDR.” 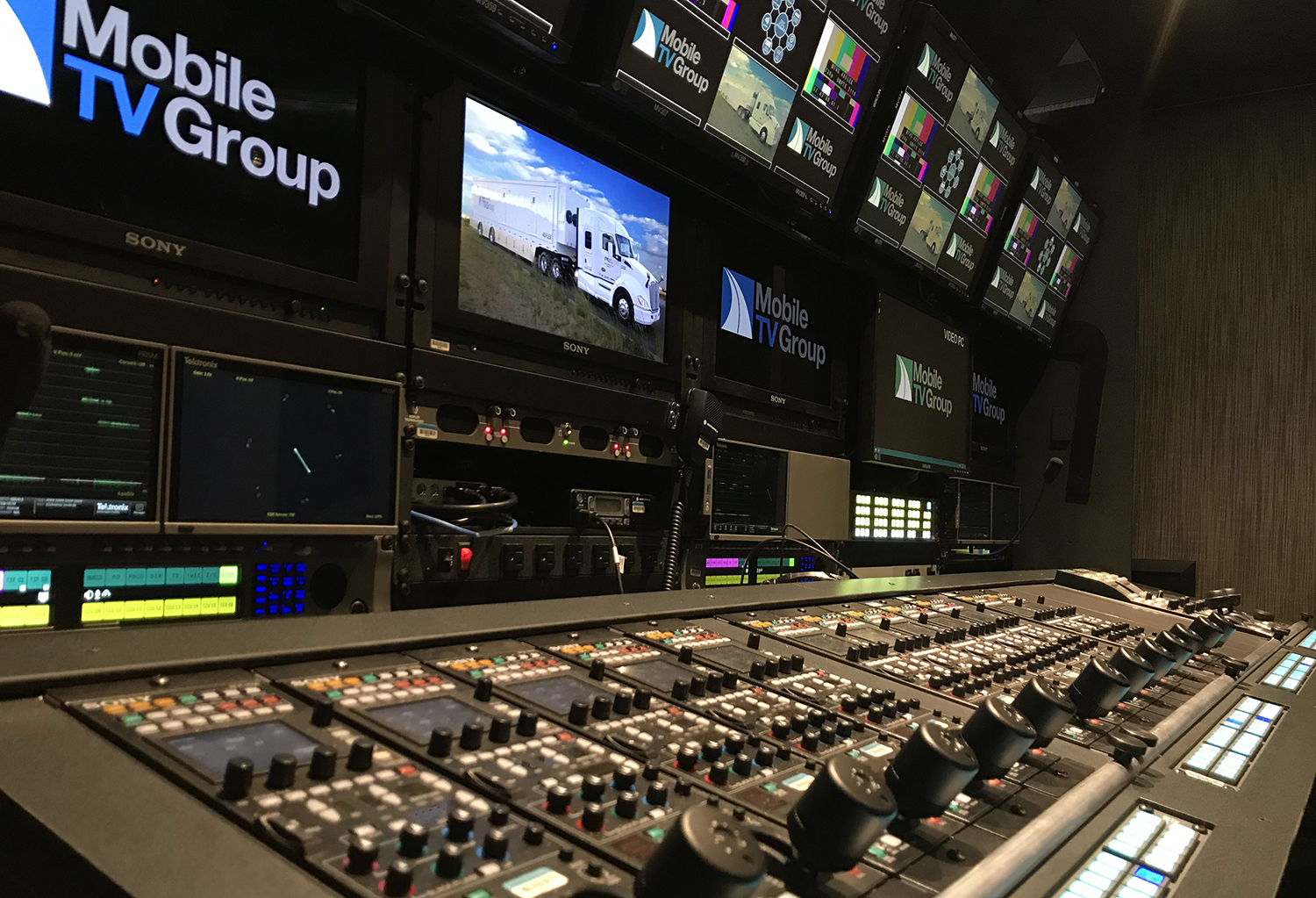 “That means you should be able to connect an EVS or camera to the router or the switcher and, thanks to IS-04 and IS-05, you will have immediate communication,” says Philip Garvin. “That didn’t exist yet for 45 FLEX, but we have begun to take advantage of it in 46 FLEX and we’re working closely with the manufacturers to perfect the IS-04 and IS-05 discovery and compatibility. We hope that when we launch our 47th mobile unit next year, these developments will make integrating a truck in IP much faster and easier.” 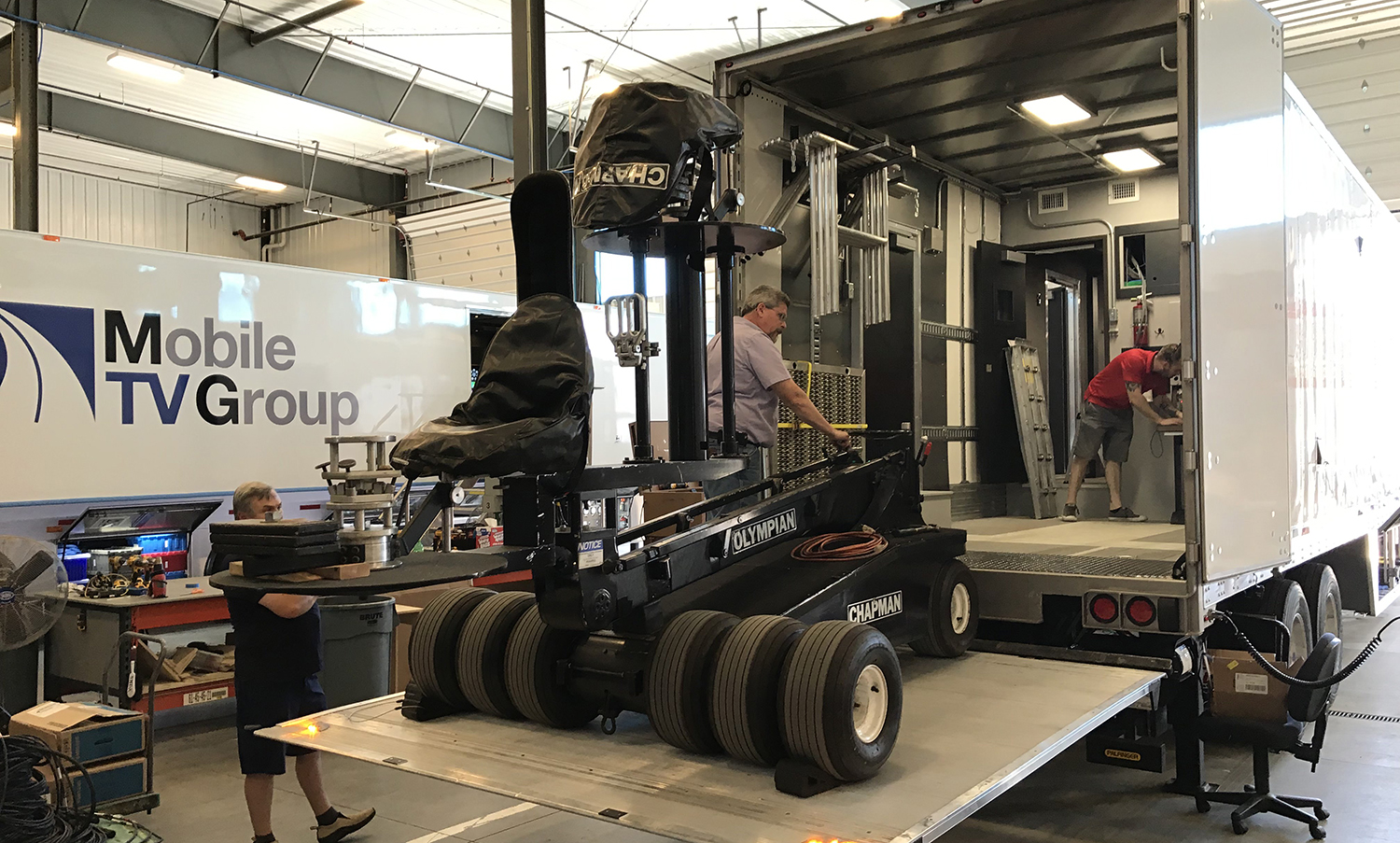 MTVG completed 46 FLEX (shown here) over the summer and is already hard at work on its 47th truck.

“One thing is clear — IP is now the standard in our industry,” says Philip Garvin. “You don’t want to build a mobile unit that’s not IP today. Even though it adds considerable cost, it makes these mobile units future-ready.”