SVG is proud to announce the formation of its latest industry thought-leadership group: the Esports Production Advisory Committee. This group is composed of leading esports-production and -technology veterans from some of the most well-known entities in the industry, including Blizzard Entertainment, Do Not Peek Entertainment, EA, ESL, Esports Stadium Arlington, FACEIT, NBA 2K League, NGE, Riot Games, and Twitch.

The Advisory Committee is being launched ahead of the second-annual SVG Esports Production Summit (Tuesday, Nov. 19, at the Sheraton Universal Hotel in Los Angeles) and the group is currently helping to spearhead this year’s Summit program. Over the coming years, Advisory Committee members will help guide the direction of SVG’s esports production events, initiatives, and editorial content, as well as enable increased dialogue across this rapidly growing industry.

The SVG Esports Production Advisory Committee is composed of: 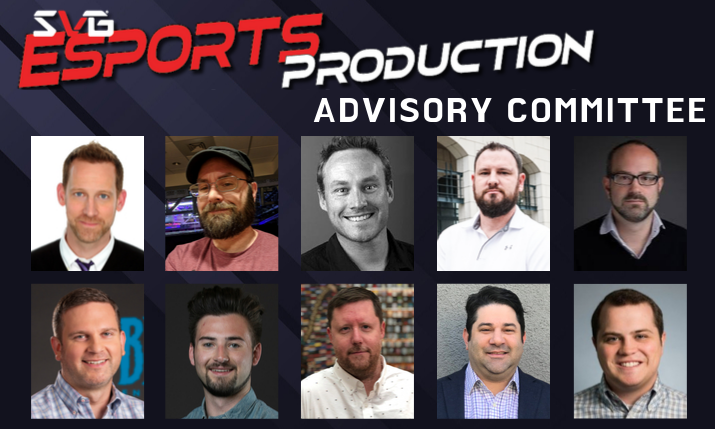 SVG’s second-annual Esports Production Summit will explore how publishers, leagues, venues, broadcasters, and streaming outlets are bringing an entirely new mindset to the world of live-esports production. Join SVG at the Sheraton Universal Hotel on Nov. 19, to hear from esports production leaders and technology experts on the state of the industry and get a behind the-scenes look at how esports content is being produced and distributed to a rapidly growing fan base.