The former BT Sport exec will help the company’s global expansion in media, content, and facilities 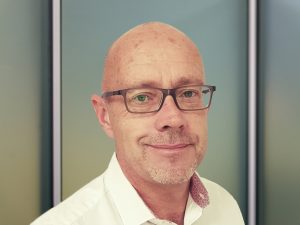 With 30 years of industry experience, Steve Norris is a leader in premium sports broadcasting and global TV rights.

Norris brings more than 30 years of industry experience to Gravity Media and is widely recognized as a leader when it comes to delivering premium sports broadcasting and handling global TV rights. He was part of the launch team for BT Sport, which transformed the sports-broadcasting landscape in the UK, and previously helped Ten Sports (now Sony Ten) launch and quickly grow to become one of Asia’s most successful sports channels, reaching more than 100 million homes in the region. During his career, Norris has worked alongside Gravity Media on several high-profile sports productions, including live tennis and cricket.

For the past seven years, he served as head of commercial sports rights at BT Sport, was a key player in the broadcaster’s game-changing multimillion-pound acquisition of Premier League football rights in 2012, and also spearheaded several other high-profile deals, including Ashes cricket, Premiership Rugby, European Rugby, FA Cup, multiple European football leagues, NBA, UFC, and MotoGP. Norris was also responsible for some of BT’s key strategic partnerships with the BBC and the FA, ESPN and Frank Warren, and BT’s move into PPV boxing with Tyson Fury.

Norris says that the media landscape is changing dramatically from a commercial, technological, and viewer perspective and that the rise in OTT TV and the arrival into mainstream broadcasting of Facebook, Apple, Amazon, and DAZN make it the perfect time to be joining Gravity Media.

“It is an ambitious, dynamic, and relevant company,” he says. “Whenever I’ve worked alongside Gravity Media, I’ve been impressed with the experience and diligence of its team and their pragmatic approach to project management. I’m really looking forward to getting started.”

Gravity Media CEO John Newton says that having someone of Norris’s caliber come on board provides a great opportunity for Gravity Media to continue its global expansion.

“He has already stamped a significant footprint on the global sports-rights and broadcasting industry,” he adds. “We’re delighted to be able to enhance our team with his expertise.”

Norris, Newton, and other members of the Gravity Media leadership team will be at Sportel Monaco Oct. 21-23.