MLS Cup 2019: ESPN Rolls In Skycam, a Pole Cam, a Robotic Jib, and a Drone To Help Crown a Champion In Big ABC Broadcast

This is hardly the MLS Cup matchup that many expected when the Playoffs started in early October, but it is one that fans are familiar with. For the third time in four years, the Seattle Sounders and Toronto FC will battle to hoist MLS Cup (3 p.m. ET/noon PT, ABC), and the crew at ESPN is set for a big show on Sunday afternoon. 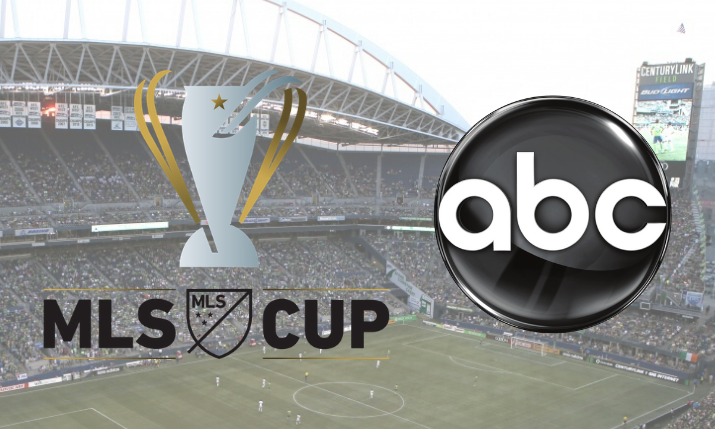 With more than 30 cameras and well over 100 operations, production, and technology staffers onsite in the Emerald City, ESPN is preparing to deliver a weekend full of content from CenturyLink Field. From SportsCenter hits on Saturday to a full pregame show from the field to the match itself on ABC, ESPN has this Cup covered.

“It’s three out of four years for these teams, so we are looking to frame this as the rubber match between them. That’ll be first and foremost,” says Chris Alexopoulos, coordinating producer, soccer, ESPN. “But, in game productions — and in the general media around MLS — we talk a lot about crowd atmospheres and how great many of these franchises are.

“I think this game will show that Seattle is, in many ways, the original,” he continues. “It was a huge step for the MLS to come to Seattle and to get some of the crowds they were getting. It brought with it a positive notoriety that led to Atlanta and LAFC. Seattle and Portland are the originals in this, so, with the crowd and the atmosphere that will be here, I think it will be great to remind everyone how tremendous the Northwest has been to the growth of MLS.”

The hype is real in Seattle, driving ticket prices through the roof and making it one of the more highly anticipated sports events in the history of the Northwest. The crowd promises to be a raucous one. For Alexopoulos, at an event like MLS Cup, even with the crowd atmosphere at the fever pitch expected, it’s critical not to lose sight of the most important aspect of the broadcast: the game itself.

“I think you dial up [coverage of the fans] when you are at a stadium where it’s really going to make it feel like a bigger event,” says Alexopolous. “You need to be aggressive with that because a lot of people are still surprised when they turn on a TV and see a game in Portland or Kansas City or Atlanta and realize that this is in the U.S. and the crowd is going that nuts and sounds that great. You want to show that.

“That’s bigger [for MLS] than for other sports,” he continues. “You don’t need to prove to the audience that a game at Cameron Indoor Arena looks and sounds amazing. What percentage of sports fans know that LAFC is an absolutely incredible environment to watch a sporting event in the U.S.? That all said, MLS Cup is a championship game, and you cannot miss action. This is the time when you don’t want to be on a fan and missing a critical turnover, pass, or, god forbid, an actual goal. You don’t want to be overaggressive. You can’t get lost in non-game priorities.”

The match, which will be produced by Matt Leach and directed by Bob Frattaroli out of NEP’s ND4 truck, will be covered by more than 30 cameras, a hefty load far exceeding that of a typical MLS match. ESPN is also bringing in plenty of specialty cameras to provide a big-game feel to this Final. Among those toys are an RF Steadicam, a smartphone “Fan Cam,” the pole cam Pico, an Intellijib, a Skycam, and even a drone.

The Fan Cam will be a camera operator roaming the stadium with a smartphone camera on a gimbal and using a TVU Networks app to live-stream a video signal to Bristol with images of what it’s like to be in some of the noisiest parts of CenturyLink Field. Those shots may or may not be used live, according to ESPN Remote Operations Manager Kim Bloomstone, but the feed would be available in the truck, coming back from Bristol via a return feed.

ESPN is also working with TVU Networks to leverage the use of the drone. An ESPN internal drone tea will have a pilot and spotter working outside to get special exterior shots of the stadium and of the Seattle skyline. The signal from the drone will be sent via TVU Networks to the truck, allowing the crew to take the feed live.

“We’ve used it on a couple of games this year,” says Bloomstone, “and it really enhances the look and feel of the show, I think. It gives folks a vantage point that they normally wouldn’t get.”

The network is also collaborating with Fletcher to deploy a specialty-camera system behind each of the goals on the field. On one side will be the Pico pole cam system, a small dome-like camera atop a tall pole held by an operator; on the other side, the Intellijib, which is essentially a smaller, robotic jib. The Intellijib with its robotic ability has made it the jib of choice for ESPN on MLS matches because many of the newest stadiums in the league offer tremendous in-arena experiences with rows of seats very close to the playing field, leaving very little space behind the end lines for personnel. With a jib, there is rarely enough space for a human operator.

Both camera systems are new to ESPN coverage of the Cup. Pole cam is manned. Intellijib is robotic, mostly because many new MLS venues are designed to get the fans as close to the field of play as possible, leaving no room for a jib operator.,

This MLS Cup will also see the return of the ESPN-developed cameras in the goalposts (which ESPN has now come to calling Keeper Cam). Crews carve holes into the posts, wiring a small POV camera inside and covering the space with clear plastic. It’s become a signature shot on marquee ESPN MLS productions like the Cup and All-Star Game.

As mentioned, the production compound outside CenturyLink Field is extremely busy with four broadcasters onsite for the match. ESPN is serving as host broadcaster, but Univision (domestic Spanish-language), TSN (Canadian English), and TVAS (French Canadian) have their own technical and personnel resources onsite. Along with Alexopolis and Bloomstone, Operations Producer Matt Martin, Co-Operations Producer Michele Dupepe, and Operations Ooordinator Guiomar Rebelo have played key roles in sorting out compound logistics and the sharing of resources between the four broadcasters and the venue itself.