Bleacher Report is taking another step forward into its commitment of building a premium mid and long-form content portfolio with the appointment of veteran entertainment executive Rachel Brill as Senior Vice President and General Manager of B/R Studio. Brill, who is exiting her current role as Senior Vice President, Head of Unscripted Original Programming for EPIX, will focus on partnering with elite storytellers, producers, and filmmakers to help unlock the potential of the B/R portfolio and voice, which currently reaches 200 million millennial and Gen Z fans each month. Her appointment follows the debut of an original content piloting strategy that has introduced several new shows, and cements a new era of development and production for the recently created B/R Studio. Brill will be based in New York City and report directly to Sam Toles, B/R Chief Content Officer. 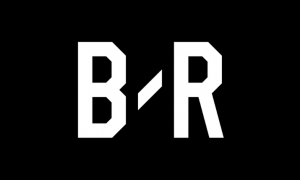 “Rachel brings exactly the right mix of an impressive track record developing ultra-premium content coupled with a digital-first storytelling sensibility that aligns perfectly with our ambitions. She’s an avid sports fan and will rapidly focus our newly formed B/R Studio team towards developing and producing a wide range of original content,” said Howard Mittman, Bleacher Report CEO. “Looking at her most recent project, NFL Films’ NFL: The Grind for EPIX, leaves no doubt that she has superb storytelling instincts and will be massively impactful to B/R’s future success.”

Brill joins Bleacher Report as it drives more video views – over 2 billion – and interactions than any other publisher in the sports category. The B/R app has been downloaded by more than 20 million users, laying the foundation for a formidable content distribution platform. She will look to build programming for B/R’s owned and operated channels as well as opportunities to cross-pollinate stories within the Turner Sports and WarnerMedia ecosystems.

Brill commented on the new position, “In a distribution landscape that is evolving faster than players demanding trades after one loss, the key is original IP, talent and a point of view. Through the storytelling prowess of the B/R verticals, we will unlock the viral relevance of the B/R voice for distinct audiences, in long, mid and short-form narrative and formats, across all media.”

Bleacher Report’s current content portfolio features some of the industry’s most sought-after sports programming including Ditch the Playbook with Adam Lefkoe, Untold Stories with Master Tesfatsion, How Hungry Are You? With Serge Ibaka, Your Fantasy Fire Drill, Take It There with Taylor Rooks, House of Highlights Live, and hit animated series Gridiron Heights, Game of Zones, and The Champions.

Brill started her career developing brands like Are You Smarter Than a 5th Grader?, Chelsea Handler’s Girls Behaving Badly at ZOO Productions (Discovery/All3Media) and an unscripted portfolio at TNT and TBS with partners Dick Wolf, Jerry Bruckheimer, Ron Howard, Brian Grazer, and Dwayne Johnson. Most recently Brill scaled digital content operations through originals and live series for SiriusXM, Disney, CMT/TV Land and the Kardashians and Jenners at Whalerock Industries as Head of Digital Studio.