ESL announced a new partnership with the West Coast Conference (WCC) for ESL Collegiate’s fall 2019 season. This marks the most recent collegiate conference to join the ESL Collegiate platform in addition to the BIG EAST Conference. 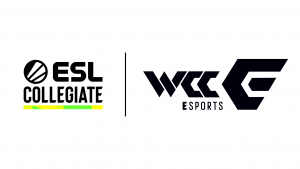 “Collegiate esports is an essential part of the esports ecosystem,” said Yvette Martinez, CEO, ESL North America. “Through the addition of the West Coast Conference, we are growing esports communities on university campuses across the country and providing more opportunities for everyone to get involved in esports.”

With gameplay underway through December 8, schools from the WCC will participate as the newest collegiate conference to join The ESL Collegiate 2019 Pre-season Invitational. Participating teams will go head-to-head against rival schools within their conference in a League of Legends competition. While the WCC’s weekly matches will take place offline, the playoffs and subsequent finals will be live streamed on Twitch and YouTube so that fans across the country can tune in to cheer on their schools. Together, the conferences and ESL will provide an opportunity to engage student esports communities on each participating campus.

“ESL’s esports expertise, strong publisher relationships, and experience in collegiate leagues make them an ideal partner to help build great esports experiences on the WCC campuses,” said Gloria Nevarez, Commissioner, West Coast Conference. “The ESL Collegiate 2019 Pre-season Invitational will provide a unique opportunity for our students to get involved in representing the WCC ethic of excellence in the evolving field of esports.”