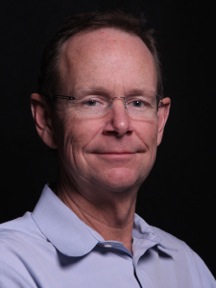 WJHW’s Chris Williams: “One of the subtle things about HDR is that the control room can go HDR without hardly any impact, but the same is not true on the display side.”

Chris Williams, WJHW managing principal and president, is one of the leading experts when it comes to video-related services within a venue. WJHW plays a key role in the construction and integration process of some of the biggest venues in the country and SVG’s Ken Kerschbaumer caught up with Williams to discover his thoughts on the current state of the venue marketplace.

What do you see as some of the biggest trends in venue video?

HDR is definitely one of the trends, especially as sponsors become more aware of getting their colors right. One of the subtle things about HDR is that the control room can go HDR without hardly any impact, but the same is not true on the display side. There are unintended consequences if the control room goes HDR but the scoreboards can’t display HDR because they were bought two years ago. And even newer buildings might have a mix of HDR and non-HDR boards, displays, and ribbons.

We also see IP as a trend for new and NFL renovation projects we are working on. For other sports in renovation, they would rather have more cameras than the benefits of IP, like resolution independence or allowing higher frame rates.

What about on the production side?

In general, more cameras are a consistent theme. Five or six years ago, it was not uncommon for the venue video team to get by with three or five cameras and then rely on the broadcast truck. But, today, most venues are focused on having more of their own exclusive cameras and then use the truck feeds only when required for under-the-hood or a unique angle.

And the sophistication of graphics is a consistent need. Ross Video has taken the industry by storm, and [Ross Video CEO] David Ross has been astounding in his vision and what he and his staff have achieved with XPression.

The other trend is the need for doing lots of secondary displays like high-resolution displays that exceed 4K in resolution and requires special graphics and programming. At the Chase Center, there is an 8K wide display in the lobby that needs four Ross XPressions.

Creating a ton of content is the other thing that is happening, and the size of departments and graphics teams have gone up pretty significantly.

What do you see going on in the college market?
One thing we haven’t seen in the college space is IP, as they seem to be sticking with baseband for at least another cycle or two. Also, their displays and broadcast outlets don’t currently support HDR.