ESPN has brought aboard Instagram star and House of Highlights founder Omar Raja as a digital and social content commentator – a role that will encompass multi-platform talent appearances and strategic social programming. Raja’s first appearance on ESPN platforms will be as a guest on Countdown to the CFP Championship today ahead of the College Football Playoff National Championship. 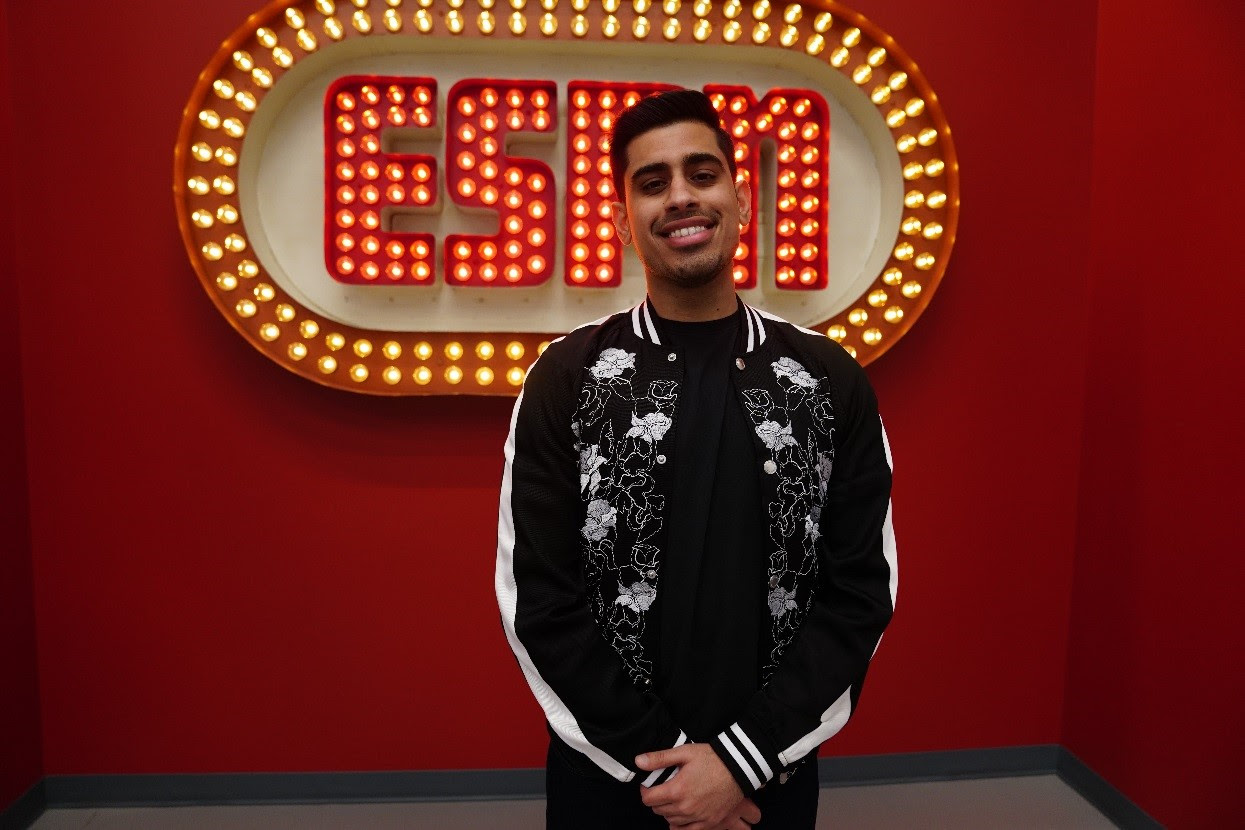 Moving forward, Raja will be the leading voice behind ESPN’s SportsCenter Instagram account and will play a key role in new exclusive content offerings on the No. 1 sports app in the U.S., the ESPN App. He will also be a key contributor to ESPN’s NBA digital and social content, including a new Hoop Streams live show with co-hosts Chiney Ogwumike and Christine Williamson. The weekly studio show premieres on Wednesday, Jan. 15 at 6:30-7 p.m. ET and will focus on culture and viral moments across basketball. It will be the first show produced from ESPN’s new Studio E in Bristol, Conn. dedicated exclusively to its growing digital content and shows. The show will be available to stream live on Twitter, YouTube, and the ESPN App.

“I’m very excited to join the ESPN digital and social team and help elevate the amazing product they’ve already built,” says Raja. “After meeting with Jimmy Pitaro, Connor Schell, and Ryan Spoon, I knew the opportunity at ESPN was incredibly special and I genuinely can’t wait to get started.”

Joining Raja will be a team of four digital and social content specialists that will work alongside ESPN’s existing team to support its presence on social platforms and areas of growth such as TikTok, Instagram, soccer, and high school sports. The team will also bring industry-leading expertise in user-generated content strategy and social community building to expand on ESPN’s success in reaching the next generation of sports fans.

“Omar’s distinct, edgy and authentic voice resonates perfectly with those we reach across digital platforms, and we’re excited to have him play a key role in creating fun content and strengthening our connection with fans across our entire digital footprint,” said Ryan Spoon, SVP of Digital and Social Content, ESPN. “Thanks to the hard work and dedication from the team, we’re coming off of an incredibly successful year of growth and leadership, fueled by audience expansion among younger and female fans. With the resources and the reach and scale of ESPN behind them, Omar and his team will be adding fuel to the fire.”

Raja founded House of Highlights in 2014 while he was a student at University of Central Florida as a way to share video clips of moments both on and off the court with his friends. The Instagram account quickly gained a following and, in just five years, has built a community of both a younger audience of sports fans and superstar athletes and celebrities like LeBron James and Drake. In 2015, Bleacher Report acquired House of Highlights and hired Raja. At Bleacher Report, Raja and team expanded the brand and business, building one of the most followed U.S. sports media accounts on Instagram that reached an all-time high 15 million followers last year. Raja has been named to numerous lists recognizing visionary leaders that are making an impact on the industry, including one of Fast Company’s Most Creative People in Business, an Agent of Change by Hashtag Sports, and to Digiday’s Changemakers.

In September, ESPN Digital recorded its best month ever with an all-time high 109.3 million unique visitors (up +22% YOY), capturing more than half of the entire U.S. sports category audience for the month and topping the No. 2 sports category property by more than 25 million users. It also attracted 10.2 billion minutes of usage (up +10%). Additionally, the ESPN App and ESPN Fantasy App recorded all-time highs in monthly uniques (25.4 million and 10.7 million, respectively) and minutes (each with 2.8 billion). In fact, the ESPN App reached more users in September than any sports app has ever reached.