Set to retire in April, Braunlich has worked for ESPN and ABC Sports for 38 years

While the 2020 College Football Playoff National Championship Game will go down as one of the most technologically comprehensive sports-television productions in history, it also marks a bittersweet moment in history for those who work behind the scenes at the game’s primary broadcaster, ESPN.

After nearly four decades in sports television, ESPN VP, Remote Production Operations, Bob Braunlich is set to retire in April, making this the final College Football Championship Game he will work full-time for the network. Affectionately referred to as simply “BB” by his colleagues, Braunlich has long been the cool, calm, and comprehensive tour de force that makes many of the largest and most complex traveling studio operations possible. 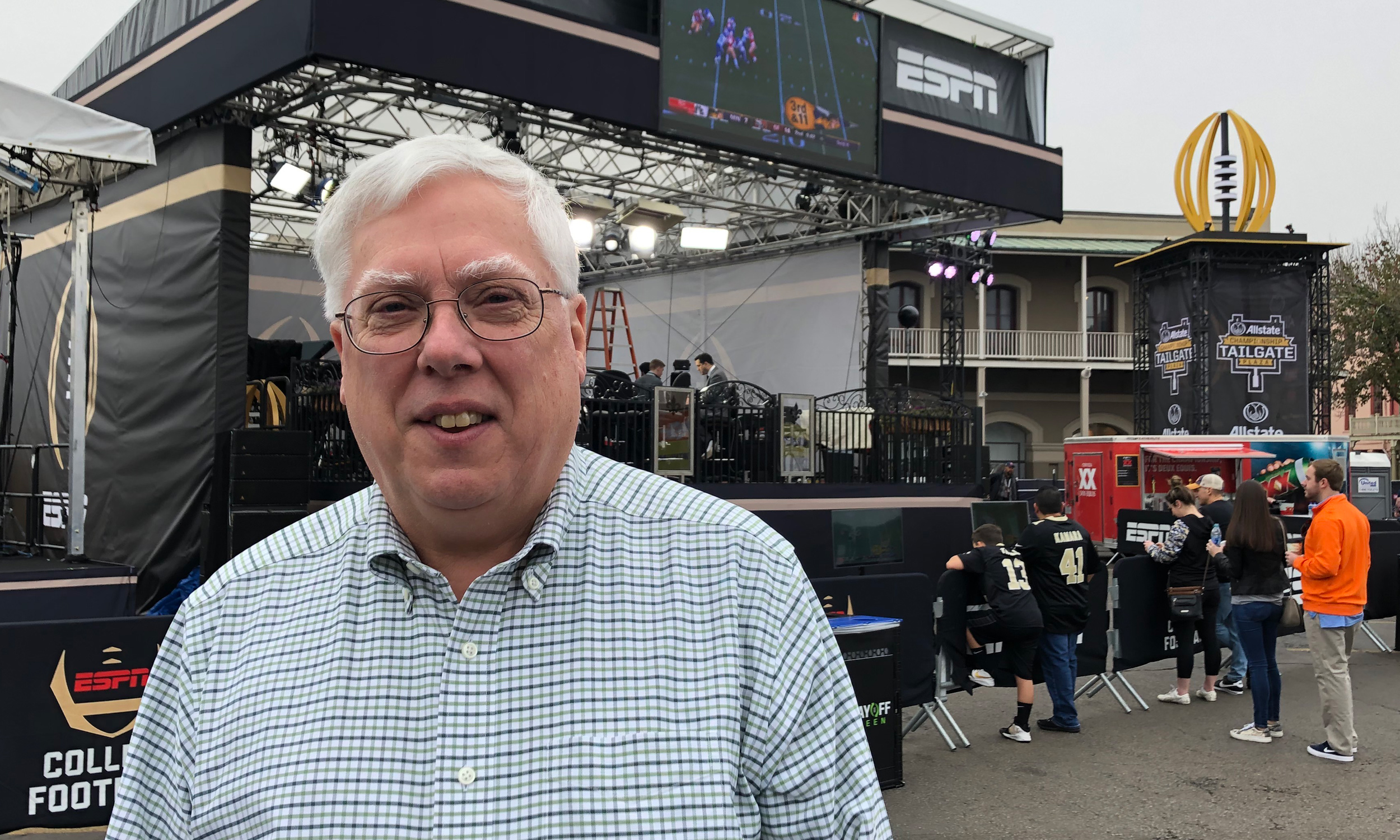 Since the days of the Bowl Championship Series, ESPN’s Bob Braunlich has worked every single college football championship game.

“BB has been a consistent force on our College Football National Championship productions,” says Chris Calcinari, SVP, remote operations, ESPN and ABC Sports. “He has been a key leader on every CFP Championship and on many BCS Championships before that. I could not be happier for him to be able to move on and enjoy retirement, but his knowledge and experience on this event is going to be missed greatly. We are all very thankful for his incredible contributions over his 38-year career with ESPN and ABC Sports. BB is rightly known outside the ESPN community for his experience and knowledge. Within ESPN, he is also loved for his care, respect, and sincere appreciation for our team members. He has a heart of gold and is literally beloved by all.”

Braunlich’s 38-year career traces back to the days when ABC Sports defined quality in live sports television. When ABC Sports was fully integrated into ESPN in 2006, he became a dutiful leader for the sports-media behemoth. From traveling the country with, perhaps, the greatest traveling sports show in television history, College GameDay, to being one of only a few ESPNers to work every single college football championship game (dating back to the days of the Bowl Championship Series) since ESPN locked up those rights, Braunlich has been a pillar in the company and has helped turn the championship into not just a game but a weekend-long multi-network celebration.

“No one has more passion about what he does than BB. For all of us at ESPN, he is the embodiment of a perfect teammate,” says Lee Fitting, VP, production, ESPN, who has worked with Braunlich on countless road productions, including, most notably, College Gameday. “While his fingerprints are found across a number of our properties, I know the College Football Playoff coverage and the enormous operation that it has become across our company is special to him. His level of expertise and love for what he does, combined with our trust in him and his entire team, is what makes our vision as a production team possible. Simply said, it has been an honor to work alongside him for many years.” 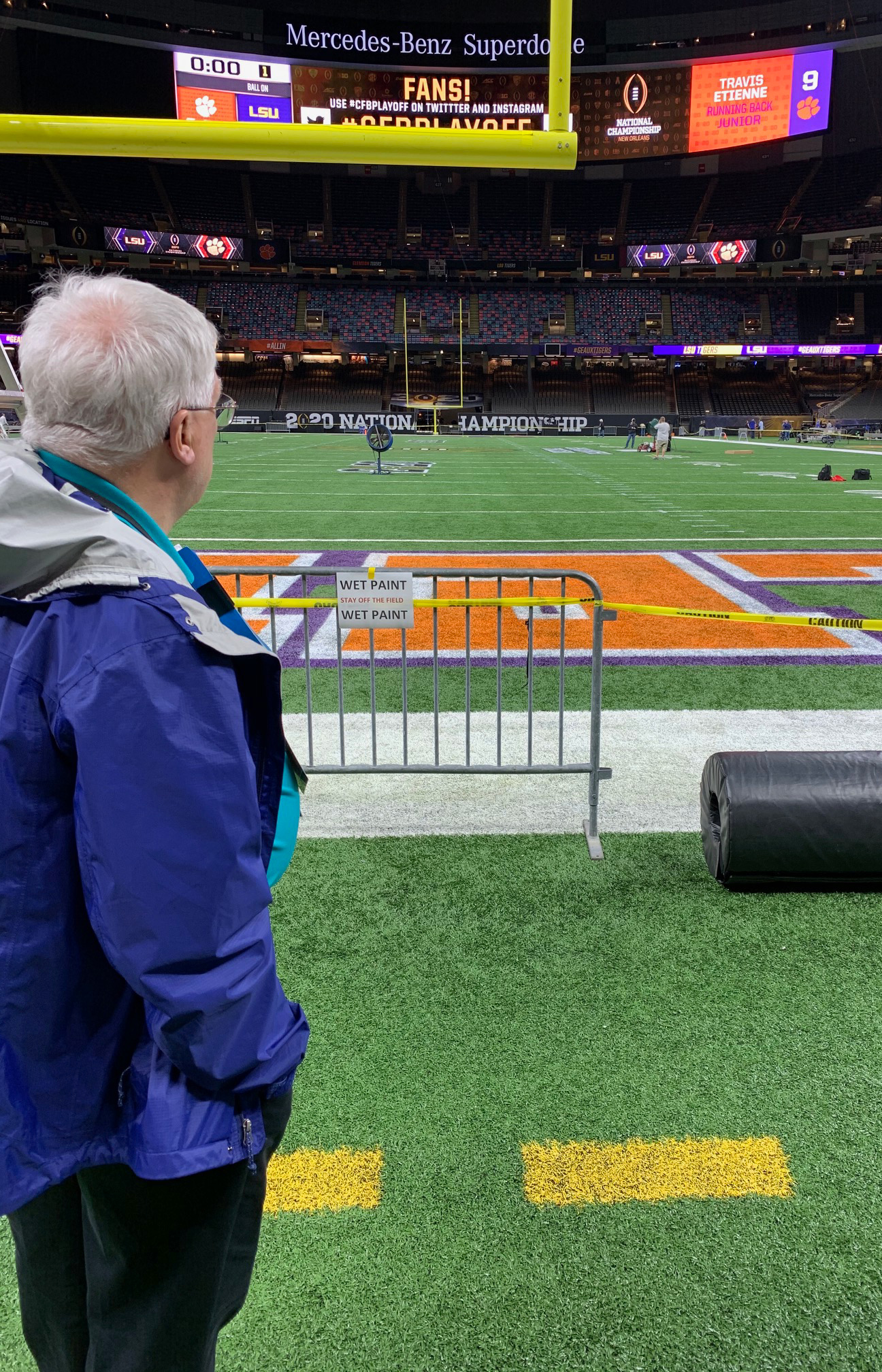 Known as a mentor, Bob Braunlich says that, even after retiring, he will continue to be available to current and future generations of ESPNers.

Says Mike Foss, Senior Director, Remote Production Operations for ESPN, “He’s a legend in our business. When you think about what ABC Sports was 38 years ago and the merger with ESPN, he came over with his experience and his leadership on both sides of the ledger, which was key to that integration. When you look at the properties he oversees, it’s no small coincidence that he leads the most important live events that the company has. You don’t replace somebody like that. You suck up as much knowledge as you can from them and hope for the best. He’s clearly going to be missed.”

Though excited about retirement, Braunlich vows to not go very far and to always remain available to current and future generations of ESPNers. His willingness to mentor, in fact, has been a calling card of his career: he has developed a reputation as someone willing to walk anyone through a tough project or the next move in their career. He is also highly engaged and active with TV-production students at his alma mater, Westminster College.

“April 17 is a day that I’m not looking forward to,” says Operations Producer Andy Davenport, a close colleague. “BB has been tremendous. He recruited me into the position that I’m now in. I’ll be forever grateful. I have so much respect and admiration for him. It will be a huge loss for our company.

“The thing about BB is,” he continues, “it’s not just the immediate crew that he works with all of the time that he touches. He has people in our department who may not have a lot of daily interaction with him who will go to him, and he mentors them. They respect him and what he represents. He truly cares about people, and everyone knows that. That’s an aspect in today’s business world that just doesn’t exist. He touches a lot of lives and is going to be very much missed.”