Quantum has announced a new, lower-priced addition to the Quantum F-Series family of NVMe storage appliances, the F1000. Leveraging software defined architecture introduced with the F2000, the F1000 offers ultra-fast streaming performance and response times at a lower entry price. The F-Series is used by major studios, corporations, and government agencies to accelerate the capture, edit, and finishing of high-definition content, and speeds VFX and CGI render performance by 10x-100x, to develop augmented and virtual reality. 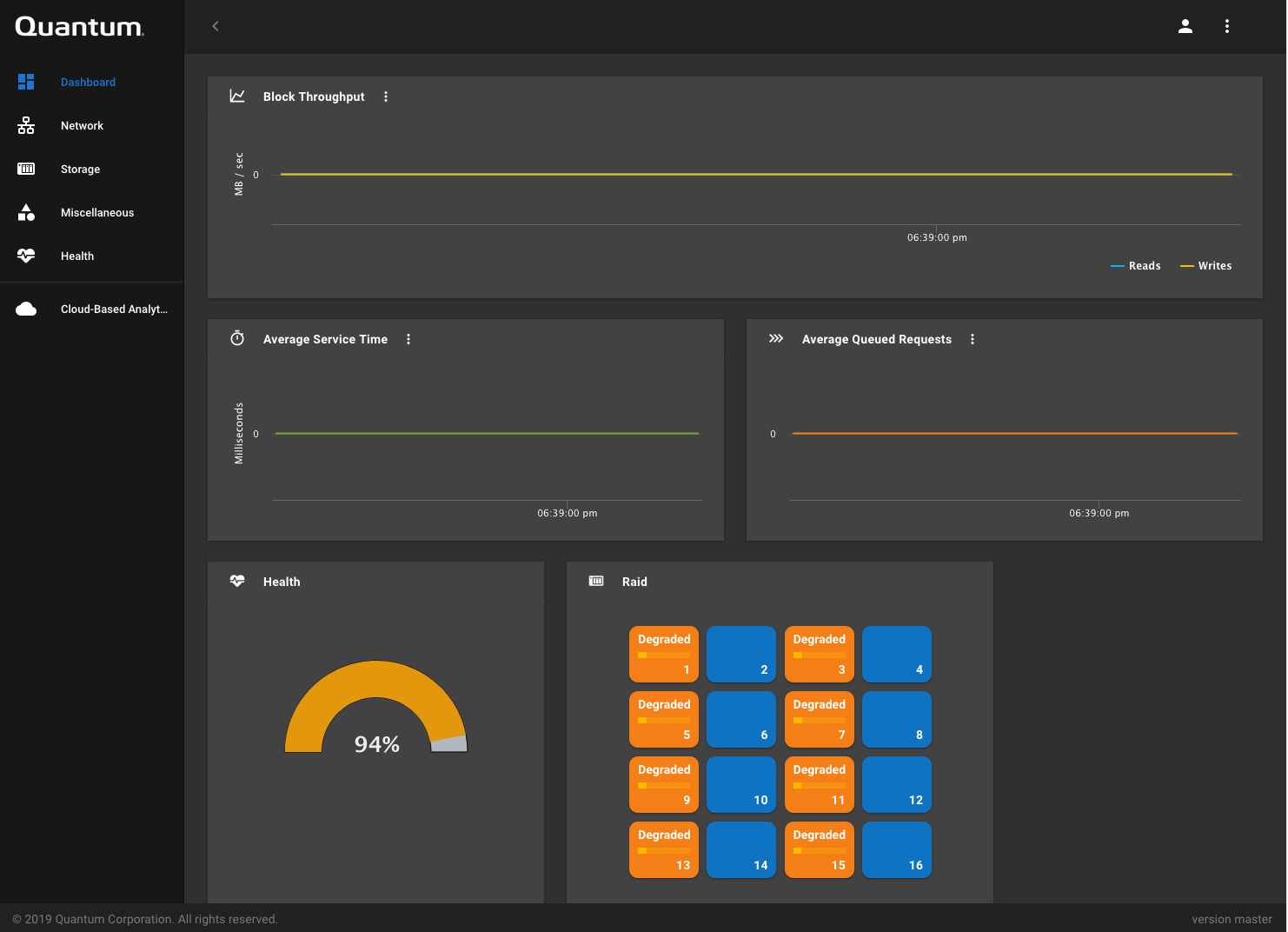 “The F1000 provides a low-priced entry point for customers seeking the performance advantages of NVMe but don’t require the high availability capabilities of the F2000,” says Jamie Lerner, President and CEO, Quantum.  “Our software defined approach enabled us to deliver the F1000 at an ambitious pace, moving from concept to general availability in under six months. This aggressive tempo of innovation ultimately enables our customers to be more agile in addressing their business challenges.”

Unlike more general purpose NVMe storage arrays, the Quantum F-Series was designed specifically for the video and image-based workloads that are critical to customers. This content can be high-definition video used for movie, TV, and sports production, marketing and advertising content, or image-based workloads that require high speed processing, such as the data from a satellite feed, a drone, a car used in the development of new automated driver assistance systems (ADAS), and more.

Quantum’s customers are deploying F-Series NVMe systems as part of Quantum’s StorNext scale-out file storage cluster and leveraging the StorNext data management capabilities to move data between NVMe storage pools and other storage pools. Customers can take advantage of the performance boost NVMe provides for workloads that require it, while continuing to use lower-cost storage for data where performance is less critical.

The Benefits of F-Series NVMe, at a Lower Price

Quantum customers are recognizing the benefits of F-Series NVMe appliances, not only to accelerate their workloads, but to move from fiber channel networks to less expensive IP-based networks. However, many customers have voiced the need for a less expensive entry point into NVMe technology, which is what led to the development of the Quantum F1000.

“Our customers are hungry for the performance gains NVMe can bring to media and entertainment, government, and corporate IT workloads,” says Noah Kadner, Marketing Director, FCPWORKS. “The F1000 makes insanely fast NVMe storage available at a groundbreaking new entry point, which should be widely appealing.”

The F1000 is a 1U NVMe storage server optimized for performance, without the high-availability design of the F2000. Using a single-controller server and optimizing the F-Series software stack to run with less CPU, the F1000 offers the same ultra-fast streaming performance, and extremely fast response times as the F2000, at a lower entry price. The Quantum F1000 offers performance that is 5x to 10x faster than an equivalent SAS SSD storage array, at a similar price.

The F1000 is available in two capacity points: 39 TB and 77 TB. It offers the same connectivity options as the F2000: 32 Gb fiber channel, or iSER / RDMA using 100 Gb Ethernet, and is designed to be deployed as part of a StorNext scale out file storage cluster.

The Power of Quantum’s Software-Defined Architecture
The F1000 leverages the same software-defined block storage platform that was introduced with the Quantum F2000, which enabled Quantum to go from concept to completed design in less than one quarter.

“Unstructured data is created in many ways as it enters its lifecycle,” says Amita Potnis, Research Director, Infrastructure Systems, IDC. “Quantum’s high-performance NVMe flash-based storage offering is well-suited to ultra-high-def content, high-resolution images, and other forms of video and video-like datasets. The F1000 shows great promise for addressing the requirements for ultra-fast reads and writes and parallel processing for a wide range of use cases.”