Every successful culture has a simple but deeply engrained mission. The wildly successful digital-media team at Clemson Athletics is no different.

With appearances in four championship games (and five semifinals) in the six-year history of the College Football Playoff, it would be easy for this group to allow themselves to grow stale. Instead, the team remains the standard-bearer of video success in a social-media age. 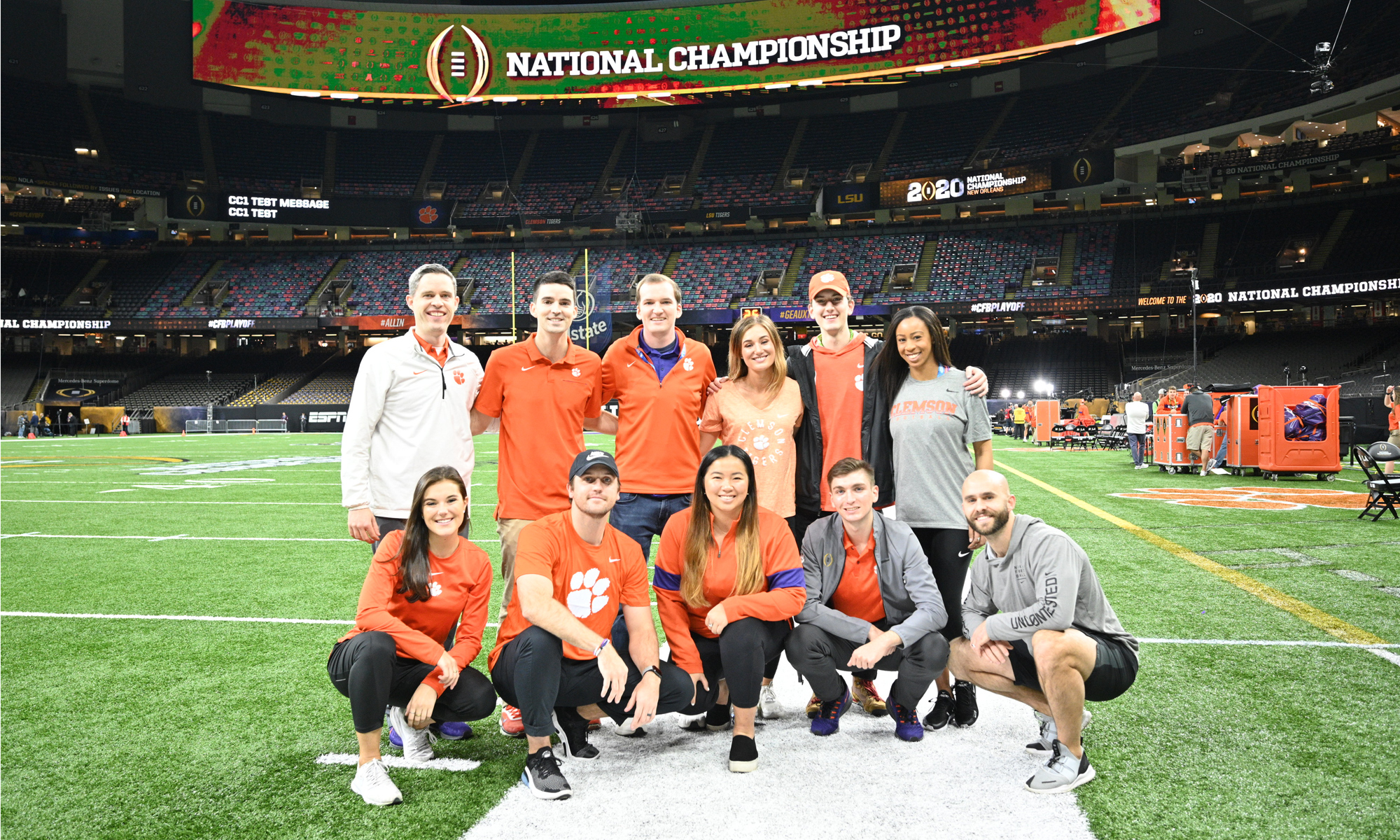 “The main principles have always been to answer the question ‘What it’s like to be a Clemson Tiger?’” says Jonathan Gantt, associate athletics director, creative solutions, Clemson. “To focus on content that helps recruit student athletes to Clemson: that remains the same. How we package it is always different.”

Changes in Personnel and Gear Through the Years

Since the football team’s 2014 appearance in the Orange Bowl — where it topped Ohio State, and Gantt was largely running around the stadium producing content by himself — it has been a steady and spectacular climb to the top for the Tigers digital-media team, aided by important hires, an expanded student staff, and an investment in the tools to make all the talent sing.

We may joke that these media wizards in orange are here every year, but the truth is that there is a healthy turnover in staff year in and year out, whether full-time staffers or, especially, students. So how does Gantt keep his group prepared to deliver the high-quality work expected at an event like the CFP? Consistency.

“We’re trying to put our best foot forward from game one,” says Gantt, who has been with Clemson since 2013. “I had a lot of the new employees come up to me leading up to this and ask, ‘Okay, so what do we do that’s different?’ I say, ‘Nothing.’ You keep doing the same thing that you’ve been doing for 20 weeks now. It’s a nice thing to be able to rely on it for those people who are nervous or maybe a little bit anxious about going through something for the first time and feeling like they don’t know what to do. No, you’ve been doing it week in and week out, and the only way we can mess up is if we don’t execute the same way that we have been. So there’s a lot more people around, there’s a lot more people paying attention, but, ultimately, the content plan and the way that we execute is exactly the same as it has been from week one.”

This year’s group is again a loaded one, with Tyson Hutchins, a super-talented content creator, having recently joined the Tigers staff after a successful run at Brigham Young University’s athletics department. Clemson’s semifinal appearance in the PlayStation Fiesta Bowl was his first day on the job.

“For me,” says Hutchins, “Clemson was always the gold standard of social for the way it was shot, the way it was executed, the way it was produced and published. Now to have had that background and that affinity for the way things had been done and following that process, I frankly have to pinch myself sometimes. Now I am part of this machine that has been such an example for everyone in the industry. I feel extremely fortunate, to say the least.”

He is taking over the role of senior director of creative solutions from Nik Conklin, for whom this CFP National Championship Game was his final event with the Tigers. At Clemson since 2014, Conklin played a transformational role that strongly steered the modern era of social video not just at Clemson but across the industry.

In terms of video gear, the squad was shooting primarily with devices from Sony and Canon. A Sony PXW-FS7, Sony A7S III, and Canon EOS C300 were each paired with Canon EF 70-200mm f/2.8L IS III USM lenses. The crew was also outfitted with a number of Canon EOS 5D Mark IV’s combined with a mix of 50mm prime and 24-70mm zoom lenses.

The blend of brands is a result of the digital-media team’s continuing integration with Clemson’s “linear” video-department colleagues working in the first year of the ESPN-supported ACC Network. Gantt says his team has been making subtle but noticeable increases in Canon products to align with video-department needs. 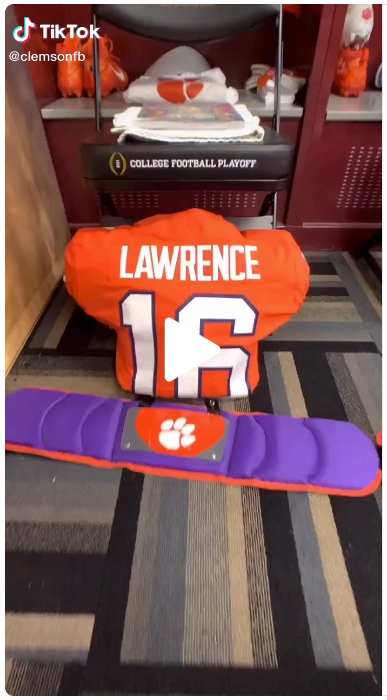 “That’s actually the fastest-growing platform that we’ve ever had,” says Gantt. “We saw some crazy growth in those early years, but TikTok has totally taken off. When you think about our target audience — teenage recruits — it’s definitely a platform that we need to be thinking about.”

Gantt notes that, given the unique nature of TikTok and the need to understand the specifics of sounds and what makes content perform well, he did commit members of his team who were already users of the app to serve as dedicated point people. In October, though, it became clear that TikTok was going to be a focus of the entire department.

“It’s fun; it’s a different style of production,” says Gantt. “Yes, you can do what we do on other platforms and do well-shot, carefully edited pieces, but you can also do something with a cellphone that borrows or uses the right sound or uses the right trend that takes off, as evidenced by a couple of videos on our feed. That has been a lot of fun because it’s new and different.”

Staying Focused in Times of Change
Those in the industry are well aware of Clemson’s status as a revered case study in what an athletics department or sports team can accomplish with investment from the administration and access to the coaching staff and players. In a year, however, when the on-field opponent, LSU, has seen its digital-media team succeed at spectacular heights as well, it has been all the more important for the Clemson team to remain focused on exactly what it does best.

“We found out what we could be good at,” says Gantt, “and we focused intently on that. And, yes, we’ve grown, but, for instance, LSU is really good at these hype motivational videos. I mean, they’re unbelievable. They’re setting a new standard in that category, and, each week, it’s like, ‘Wow, you’re really good at this.’ And you better believe that I got people texting me saying, ‘We need to do another hype video.’ But we’re not good at that. That’s not our skillset. We’re not set up that way. I’m very fond of the work that [LSU] is doing. They’ve got a really good process there and really good people in place who can execute those roles well.”

At the end of yet another trip to the CFP National Championship Game, dates on the calendar that Gantt will happily circle every year, he makes sure to never take the organized chaos for granted and to enjoy it each step of the way. That appreciation and gratitude keeps Clemson’s digital team up for the challenge year in and year out.

“About 99.9% of the industry would love to switch spots [with us],” laughs Gantt. “We really have been incredibly fortunate to have this window of prosperity with the football program. This is fun. We should do it again next year.”