NBC Sports Group and Dorna Sports have agreed to a new, multi-year media rights agreement in which NBC Sports has acquired the rights to present all MotoGP races across its platforms beginning in 2020. Financial terms were not disclosed. 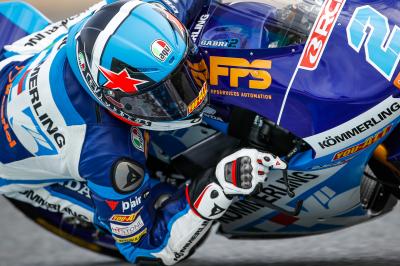 NBC Sports opens the 2020 MotoGP calendar with coverage of the Qatar Grand Prix from Losail International Circuit on Sunday, March 8, at 12:30 p.m. ET on NBCSN, the first of 20 MotoGP races that will air on NBC and NBCSN in 2020.

Five of the 20 MotoGP races in 2020 will air live on NBCSN, including the Grand Prix of the Americas from Circuit of the Americas in Austin, Texas, on Sunday, April 5 at 2:30 p.m. ET. Many of the races in the latter part of the 2020 MotoGP season will air immediately following live NASCAR coverage on NBCSN.

All race coverage that airs on NBC and NBCSN will stream on NBCSports.com and the NBC Sports app. Live coverage of all 20 races will continue to stream on MotoGP VideoPass, both live and OnDemand, as will each and every session of MotoGP, Moto2 and Moto3. Full WorldSBK VideoPass access will also remain available.

“I am delighted to announce this agreement with NBC Sports Group and see MotoGP broadcast on NBC and NBCSN,” says Manel Arroyo, Managing Director of Dorna Sports. “A giant of sports and motorsport broadcasting such as NBC will prove a valuable partner, and in an important market for MotoGP both now and historically. Some of our greatest MotoGP and WorldSBK Champions are American and have contributed such incredible chapters to the history of motorcycle racing, and we are delighted to see more of those chapters now have a new home thanks to this agreement with NBC Sports Group.”

MotoGP joins NBC Sports’ growing motorsports portfolio, which features exclusive coverage of the second half of the NASCAR Cup Series and Xfinity Series seasons, as well as the entire INDYCAR season, including the Indianapolis 500; IMSA; the Lucas Oil Pro Motocross Championship; Supercross and American Flat Track.

In addition to its MotoGP coverage, NBC Sports will present six races of the Motul FIM Superbike World Championship (WorldSBK) on NBCSN in 2020, beginning Monday, March 2, at 7 p.m. ET from Australia.